WHAT KIND OF STORY DO YOU LIVE? 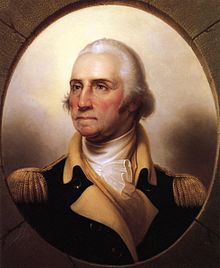 On his first military campaign, George Washington made a terrible mistake. The American colonies had not yet rebelled -- that was 20 years down the road. Washington was working for Britain, which was in a "cold war" with France. The two countries were tussling with each other for territory all over the world, including the area near Virginia. One day Washington and his troops spotted a party of French camping in their territory, and attacked them, killing ten men and capturing the rest.

He shot first and asked questions later. He found out it was a diplomatic party, and one of the men he killed was an important French ambassador. Washington had made a big mistake. The two major military powers of that time ended their cold war and entered a hot war.

Imagine, for the moment, that you were Washington, and you made that mistake. What would you tell yourself about it? How would the mistake fit into the overall pattern of your life?

You live by a story. Have you ever thought of it that way? Each of us has a story, and we are the main character in that story. If I interviewed you for a couple of weeks, I could probably piece together a coherent story that you live by even if youve never really thought about it yourself. Its your life story and it is the meaning of your life.

For example, one story Washington could have told himself was: "I am destined for failure." His father died young, his mother was a nag. Compared to his contemporaries, he was poor. Killing the French ambassador could have been a final straw. He might have concluded that he wasnt cut out for military work and given up, climbed inside a bottle and we might never have heard of him.

That's one story. That's one context within which he could have lived his life. And do you see that the story leads to certain feelings and certain actions consistent with the story?

Here's another possibility: He could have thought he was destined to make his mark in the world, and that his mistake was the most important lesson he was ever to learn. "Divine Providence," he could have told himself, "is preparing me for a great task. I must learn all I can from this mistake for it may affect the future of the world."

Do you think he would feel differently about the circumstances of his life with this story? Of course he would. Same circumstances, different story. But the heroic story would make him learn important military lessons from his mistake and it would help him persist and endure hardships that would collapse a weaker person. The story would give him strength.

Judging by the letters he wrote home, the story he lived by was a lot more like this second one than the first one. And because he lived by that more inspiring story, he persisted and he learned and he did make a difference.

Man of La Mancha, a musical made in 1972, is based on the story Don Quixote by Miguel de Cervantes. Its an entertaining story, but its also profound.

Don Quixote sees the world as a quest, as an adventure, and he sees a poor kitchen maid as a lady of unsurpassed beauty and chastity. He dreams the impossible dream, he fights the unbeatable foe, he looks at life as a challenge to do good in the face of evil and make the world a better place. He wants to dedicate his victories to the kitchen maid, his Lady.

She is bitter about life, full of anger.

"Why do you do these things?" she asks him.

She bursts out in frustration, "Its ridiculous, the things you do!"

He answers simply, "I come in a world of iron to make a world of gold."

"The worlds a dung heap," she says, "and we are maggots that crawl on it."

Two different stories, same objective reality. Yet one lives in a life of nobility and beauty and adventure, and the other lives in filth and misery and hatred.

What kind of story do you live? Is it heroic? Or is it weak? Do you have a sense of destiny? Or do you have a sense of emptiness? What do you think is your destiny? The destiny of Earth? The destiny of the human race? The story you tell yourself -- the myth within which you live your life -- strongly affects your feelings and the ultimate outcome of your life. And it can change. You can change it deliberately.
--------
http://www.inspirationalstories.com/4/430.html
http://upload.wikimedia.org/wikipedia/commons/thumb/8/88/Portrait_of_George_Washington.jpeg/220px-Portrait_of_George_Washington.jpeg
http://4.bp.blogspot.com/_9MZZL3G2e1I/TUDdQpJnqDI/AAAAAAAAADY/MWvL5GEUtAY/s640/don-quixote-de-la-mancha.jpg
Posted by pratanacoffeetalk at 8:09 AM