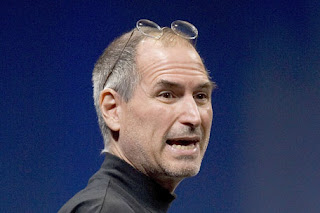 "Death is ... the single most important invention of life," then Apple CEO Steve Jobs told students at their Stanford University graduation ceremony.

Existential words for a once self-described Buddhist, but Jobs is a complex guy. "Death is very likely the single best of invention of life ... it is life's change agent," he told the grads with a sense of urgency, asking them to be aware of their mortality lest they waste time and opportunities. "Your time is limited. So don't waste it by living someone else's life."

Watch these videos, captured of Jobs over the years. In them, he jokes, chides and waxes eloquent. He discusses his thoughts on his childhood, his love of design, his early work with Apple cofounder Steve Wozniak, his views on Microsoft, Xerox PARC, innovation and, most poignantly, his core philosophy of life and death.

"When I was 17," he said in the college address, "I read a quote that went something like, 'If you live your life each day as if it were your last, some day almost certainly you'll be right." He never forgot those words.

The crowd shifted uncomfortably -- Jobs was just a year into his treatment for a rare form of pancreatic cancer at the time -- but he ignored the discomfort in the audience and went on.

"Remembering that you are going to die is the best way I know to avoid the trap of thinking you have something to lose. You are already naked. There is no reason not to follow your heart." The crowd fell silent.

If this sounds more like Sartre or Kahlil Gibran than the hard-driving, fist-pounding image you have of Jobs, who resigned as Apple CEO Wednesday, get ready.