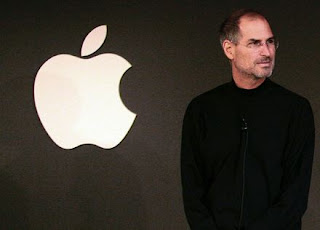 SAN FRANCISCO/SINGAPORE, Aug 25 (Reuters) - From San Francisco to Shanghai to Sydney, fans of Apple Inc paid extraordinary tribute to Steve Jobs after he resigned as CEO, calling him an icon for the entire technology industry, not just the company he co-founded.

The outpouring on blogs and Twitter began minutes after Jobs, who has been on medical leave since January, announced he would leave the chief executive's post but carry on as chairman of Apple.

"My heart broke a little when I heard Steve Jobs resigned," Anna Lauren Bowie, who describes herself as a nurse, said on Twitter.

In Asia, where Jobs has legion of fans as well as scores of rip-offs of the products he helped design, customers at Apple stores said the resignation had taken them by surprise.

"I'm surprised he resigned right before the iPhone 5 launch," said Belinda Liu, a 26-year-old at an Apple store in Shanghai. "I was shocked when I heard the news."

Apple is likely to launch the iPhone 5, the latest model of its iconic smartphone, in October.

"I make phone calls every day with my iPhone3, send Weibo messages by iPhone4, jog to podcasts downloaded from iTunes, listen to music on my iPod, use applications from the App Store and surf the net with my Mac -- never before has a company been entwined so deeply into my life," said Wang Lifen in a tribute to Jobs on Chinese microblogging site Weibo.

Wang is a founder of Umiwi.com, a website that profiles corporate leaders and focuses on news for young people.

At the company's flagship San Francisco store, the only sign something was amiss was a couple of groups of employees, huddled together discussing the news. They heard by word of mouth, they said, with no formal announcement by late afternoon on Wednesday to retail workers.

Some customers had already heard.

Robert Cory, waiting for help with a broken laptop, learned of Jobs' resignation from a news alert on his phone. "I feel bad," said the New York resident. "But Apple will be okay." 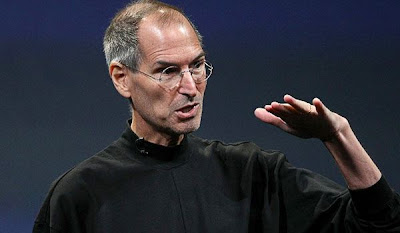 In Australia, customers outside Apple's flagship two-storey glass-fronted store in downtown Sydney discussed Jobs' resignation as a musician played inside, using an Apple device that connected his electric guitar to a Mac computer.

"I think it's rather sad because it reflects his illness but in terms of its influence on the company, I'm sure they've been planning for this for quite some time," said Clive Allcock, a psychiatrist.

"He has done a mighty job getting Apple up and running, it's a great tribute to him personally and he'll be well remembered in the world of computing. But I'm sure that it won't materially affect the company."

The chief financial officer of a major Apple supplier in Taiwan also said there should be no material effect on the company.

"He's the king," said the officer, of Jobs. "Apple has already laid out the roadmap for future generations of products, it will not affect us as a supplier."

Some of the most effusive comments on Jobs came from rivals in the tech industry.

"I think his brilliance has been well-documented, but what gets forgotten is the bravery with which he's confronted his illness," Howard Stringer, the CEO of Sony , said in a statement.

"For him to achieve this much success under these circumstances doubles his legacy."

An employee at Samsung , which could benefit the most if Apple relaxes its grip on the smartphone tablet markets, dismissed the idea that its rival would be hit by Jobs' departure.

"Apple has already gained a strong foothold as an icon and for its products, so I don't think something major is going to happen to Apple because of the absence of Jobs," said the employee, who gave her name as Kim.

"Steve Jobs is not our enemy. He is a veteran and senior figure in this business."

Google Inc Chairman Eric Schmidt, a friend of Jobs for years before the Internet search giant's move into mobile software and devices strained their relationship, wrote a moving testament to the legacy of his erstwhile business partner.

"Steve Jobs is the most successful CEO in the U.S. of the last 25 years," he said. "He uniquely combined an artist's touch and an engineers vision to build an extraordinary company... One of the greatest American leaders in history."