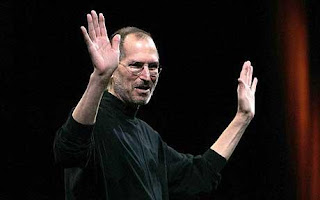 The onslaught of news stories in the wake of Steve Jobs’s resignation as Apple’s CEO shouldn’t come as a surprise. After all, Jobs leaves his CEO post having completed a tremendously successful reign as head of one of the U.S.’s most valuable companies. But there’s been an emotional tenor to a lot of the coverage you wouldn’t expect to see if, say, the head of Exxon Mobil decided to call it a career.

Then again, that emotional response isn’t all that surprising, either. It speaks to the lasting effects that a Steve Jobs-led Apple has had on the lives of many of its customers. Speaking personally, no corporate CEO can match the impact that Steve’s leadership at Apple has had on my life.

It’s hard to nail down any single moment from Steve Jobs’s Apple career as being the one most important decision he made. But my vote is for his choice—his insistence—that computers ought to be easy to use, accessible to everyone. Steve didn’t invent the term “user-friendly,” but he believed that Apple’s products should exemplify it.

When IBM fans poo-poohed the Mac early on, they said it looked like a toy. Perhaps their real frustration was with Steve Jobs’s notion that you didn’t need to be a genius to use a computer. The genius should go into creating the machine—anyone should be able to use it.

That decision is why my occasionally technophobic father can still find his way around a Mac today. Contrast Apple’s path with Microsoft’s: Microsoft copied the “look and feel” of the Mac’s interface, sure; it still struggled for years to approach the Mac’s ease of use—which explains why my father-in-law calls me weekly for technical support from his Windows-based office.

I wrestled with pre-Mac computers. I fought with them to get them to listen to me and do what I wanted. The Mac, on the other hand, seemed eager to please and ready to help. It changed computing, and thus changed me: My focus on computers quickly evolved from hobby to endless obsession. My family had owned a Kaypro, a Commodore 64, and an Apple IIc. But none of those computers could capture my heart the way our first Mac did. I loved how it felt to use and explore that Mac, and I spent as much time as I could on the machine.

In 2001, Apple opened the first of what would turn out to be 327 (and counting) retail stores—a move Jobs championed. I’m sure I wasn’t the only Apple devotee who felt drawn to those stores, and the first time I walked into one, I quickly saw why. Jobs didn’t just oversee an Apple that created products I wanted; his company created a single place I could go to be near all of those wondrous devices in person.

I felt like I belonged at the Apple Store: I was with my people. In fact, I felt like—because of my years of devotion to Apple and its products, and my sense of personal expertise with those products—that I quite frankly belonged there more than the regular riffraff who just walked in off the street.

In a very real way, Steve Jobs’s Apple gave me a community to become a part of.

I think Steve Jobs’s greatness as Apple’s CEO wasn’t just because he was willing to take risks; rather, he pulled off risky manuevers with such aplomb that they looked like no-brainers in retrospect. Ditching the floppy drive, dropping the PowerPC in favor of Intel-built processors, the transition to Mac OS X—these are moves that look great now, but at the time, they were accompanied by varying degrees of strum und drang.

Take OS X. When my Power Mac G3 booted into the new operating system for the first time, I got nervous. The folders I double-clicked weren’t opening in their own windows. Stuff wasn’t where I expected it to be. The OS looked cool enough, but there were some serious changes. Where was I going to toss my favorite aging desk accessories now that the Apple menu was no longer customizable? Simply put: What the heck was going on?

In the end, though, it all worked out: I became accustomed to OS X’s new way of doing things, Apple continued to improve things, and we wound up with an operating system that was better for the Mac platform—and Mac users like me—in the long run.

Apple’s risk-taking under Jobs—and its skill at pulling off those risks—inspires confidence among Mac users, so much so that I trust the company’s products with much of my life and my memories. Thanks to the iLife suite, many thousands of photos and hours of videos that I’ve shot are stored and organized. Thanks to Time Machine (and, admittedly, other backup efforts), they’re safe. I recorded songs for my kids when they were born using Apple’s products; I record songs with my kids using the iPad. And I take gorgeous photos of them with the iPhone 4 that’s always in my pocket. I could store my digital photos and videos on a PC, too. I could sync my devices with some Windows box, back them up on my own, and manage my life without Steve Jobs’s direct influence. But I don’t trust those platforms the same way, and I don’t get the same feelings about their products or the experience of using them.

I’ve never met Steve Jobs and certainly can’t claim to know him personally. And setting aside stories about his notoriously short temper and brusqueness, it’s easy to admire the man for reasons beyond his accomplishments as Apple’s CEO. Take his 2005 commencement address to Stanford, a speech he delivered just a year after his initial diagnosis with pancreatic cancer. Jobs described his 1985 ouster from Apple as “the best thing that could have ever happened to me,” since it forced him to figure out precisely what he loved doing, found Next, buy Pixar, and fall in love with the woman who became his wife.

Sometimes life hits you in the head with a brick. Don’t lose faith. I’m convinced that the only thing that kept me going was that I loved what I did. You’ve got to find what you love. And that is as true for your work as it is for your lovers. Your work is going to fill a large part of your life, and the only way to be truly satisfied is to do what you believe is great work. And the only way to do great work is to love what you do. If you haven’t found it yet, keep looking. Don’t settle.

In April 2006, John Gruber wrote that Jobs’s speech inspired him to make Daring Fireball his full-time job. I credit that same speech for convincing me (years later) to switch careers, taking a job covering technology I adore. Pursuing this tech writing career meant taking a chance and leaving another career behind, but the joy I feel in using the technology created by the Apple that Steve Jobs built (and, of coure, writing about it) convinced me to make the move. Steve Jobs took risks at Apple even after it was a $70 billion company. I didn’t hesitate—much—taking my own personal risk to come along for the ride. Steve’s confidence in Apple gave me confidence in taking on a job devoted to reporting on his company.

During his tenure at Apple, Steve Jobs inspired Apple to do great things. And he directly inspired my life, too, in numerous ways. I don’t fear for Apple’s future without Steve Jobs at the helm. But I sure will miss him there.

Posted by pratanacoffeetalk at 6:20 AM