RESILIENCE IS THE NEW GAME 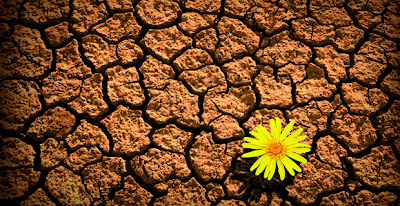 The difference between winners and losers is how they handle losing.

That's a key finding from my ongoing research on great companies and effective leaders: no one can completely avoid troubles and potential pitfalls are everywhere, so the real skill is the resilience to climb out of the hole and bounce back.

Volatile times bring disruptions, interruptions, and setbacks, even for the most successful among us. Companies at the top of the heap still have times when they are blindsided by a competing product and must play catch-up. Sports teams that win regularly are often behind during the game. Writers can face dozens of rejections before finding a publisher that puts them on the map. Some successful politicians get caught with their pants down (so to speak) and still go on to lead, although such self-inflicted wounds are harder to heal.

Resilience is the ability to recover from fumbles or outright mistakes and bounce back. But flexibility alone is not enough. You have to learn from your errors. Those with resilience build on the cornerstones of confidence — accountability (taking responsibility and showing remorse), collaboration (supporting others in reaching a common goal), and initiative (focusing on positive steps and improvements). As outlined in my book Confidence, these factors underpin the resilience of people, teams, and organizations that can stumble but resume winning.

For anyone who wants to get beyond adversity or start over rather than give up, America is the Land of Second Chances. According to Jon Huntsman, former US Ambassador to China, getting back on our feet is an American strength widely admired in China. And everywhere, rapid recovery from natural disasters is increasingly a key to a robust economy. Entrepreneurs and innovators must be willing to fail and try again. The point isn't to learn to fail, it is to learn to bounce back.

Some stumbles are due to circumstances outside of most people's control, including weather events and geopolitical shocks. But while people might not control the larger problem, they control their reactions to it — whether to give up or find a new path. Recession in Europe is an example. I recently spoke to European audiences at public conferences and within companies about cultivating resilience in their businesses even when markets are shrinking, so that they hold their own as recession continues and are well-positioned for recovery. A German machinery company showed resilience by growing its service contracts when demand for machines slowed, and it mobilized employees to find new service possibilities. An Italian cosmetics firm grabbed talent from job-shedding multinationals and increased its international marketing tied to both health and fashion; new sales followed. In both companies, like others described in my book SuperCorp, such initiatives were made possible by a strong sense of purpose that drew members together and motivated them to take responsibility to help the companies survive and thrive. Employees were resilient because they cared, and that made the companies resilient.

Complacency, arrogance, and greed crowd out resilience. Humility and a noble purpose fuel it. Those with an authentic desire to serve, not just narcissism about wanting to be at the top, are willing to settle for less as an investment in better things later. Raymond Barre, former Premier of France, after being defeated for reelection at the national level, ran for a lesser office as Mayor of Lyon and became a hero of his region. That's the strategy Eliot Spitzer is taking by running for a lesser city office after having been governor of a state. He showed remorse quickly when scandal surfaced and then reentered the public conversation talking about the issues, increasing his comeback prospects.

Some observers say it is harder for women to stage comebacks. Still, consider Martha Stewart. She served prison time for insider trading rather graciously, showing remorse, and that graciousness restored much of her fan base afterward. In a more positive vein, Hillary Clinton was not a sore loser to President Obama in 2008 (though some of her followers were) and accepted his offer to become his Secretary of State. She's now perhaps even better-positioned for a 2016 Presidential run. In the long term, graciousness beats sour grapes.

Resilience draws from strength of character, from a core set of values that motivate efforts to overcome the setback and resume walking the path to success. It involves self-control and willingness to acknowledge one's own role in defeat. Resilience also thrives on a sense of community — the desire to pick oneself up because of an obligation to others and because of support from others who want the same thing. Resilience is manifested in actions — a new contribution, a small win, a goal that takes attention off of the past and creates excitement about the future.

Potential troubles lurk around every corner, whether they stem from unexpected environmental jolts or individual flaws and mistakes. Whatever the source, what matters is how we deal with them. When surprises are the new normal, resilience is the new skill.

ROSABETH MOSS KANTER
Rosabeth Moss Kanter is a professor at Harvard Business School and the
author of Confidence and SuperCorp. Her 2011 HBR article, "How Great Companies Think Differently," won a McKinsey Award for best article.
-----------------------------
http://blogs.hbr.org/kanter/2013/07/surprises-are-the-new-normal-r.html
http://www.etoro.com/blog/wp-content/uploads/2013/03/resilience-flower-cracked-earth.jpg
Posted by pratanacoffeetalk at 9:19 AM