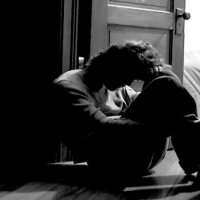 The World Health Organization is projecting that, by the year 2020, depression will become the world's second most devastating illness, after heart disease. Depression also affects many physical illnesses, including heart disease, cancer, and diabetes, making them more likely, severe, and difficult to treat. Right now, one in five Americans will experience major depression in their lifetimes, and one in ten suffers from recurring bouts of major depression. We need to understand how this epidemic came about and put an end to it.


Symptoms of depression include: despair, worthlessness, guilt, fatigue, poor concentration, significant weight loss or gain, sleep problems, and loss of interest in life. The personal and economic costs of this ailment are enormous. Major depression has become the leading cause of workplace absenteeism, and is the cause of 20 to 35% of all suicides. While almost everyone gets depressed at one time or another, generally related to a major life change or loss, the epidemic of depression we are experiencing is different. Chronic depression has been brought on by our modern diets and lifestyles. Since we created it, we can eliminate it.

There is only one disease-malfunctioning cells. Cells malfunction for only two reasons: they are either deficient and/or toxic. Therefore, our depression epidemic can be both prevented and reversed by teaching people how to prevent and eliminate cellular deficiency and toxicity. Depression is the result of prolonged stress to the brain. That stress may be caused by overt deficiency and toxicity or by social stress, which can induce deficiency and toxicity. Nutritional intake, toxic exposure, exposure to sunlight, exercise, and community with others all affect depression. Let us have a closer look at these factors.

Proper nutrition is the single most important factor in preventing and reversing depression. Consider that the inventor of the antianxiety drug Valium later discovered that B vitamins could produce exactly the same benefits as Valium, without side effects or addiction. Naturally, no leading medical journal would publish his findings since they were all profiting from advertising Valium. These findings were eventually published in an obscure foreign journal and remain unknown to most physicians. Deficiencies of B-vitamins and magnesium are known to cause cellular malfunction and depression. Vitamin B1 deficiency, for example, is common in depression cases severe enough to require hospitalization. The same goes for vitamin B2. A study in the British Journal of Psychiatry found that the most seriously depressed patients were also the most B2 deficient. Vitamin B6 deficiency is also common in depressed patients. A new 2003 study in Psychotherapy and Psychosomatics has found a link between folic acid deficiency and depression. The researchers concluded that folic acid supplementation may be key in recovering from depression. Similarly, magnesium is required for proper function of neurotransmitters. Most Americans are deficient in magnesium, and are therefore more susceptible to nervous system dysfunction and depression. A depressed patient may undergo years of psychotherapy, but get well only after supplementing with magnesium. In addition to vitamin and mineral deficiencies, essential fatty acid (EFA) deficiency also causes depression. More than two decades of scientific studies have shown that EFAs have important effects on neurological development and emotional well being. Unfortunately, up to 90% of our population may be deficient in these nutrients. EFA deficiency inhibits the ability of brain cells to communicate with each other. This impairs information processing, ultimately affecting mood and behavior. For example, the fatty acid DHA (found in fish oil) is a major building block of brain tissue and also a raw material for several neurotransmitters; it is critical to normal brain function, yet lacking in our diets. Some researchers believe that impaired cell communication, caused by EFA deficiency, is a primary cause of depression. A group of Belgian researchers, finding low blood levels of EFAs in depressed patients, concluded that depression "may persist despite successful antidepressant treatment" unless it is specifically treated with EFAs.

Sugar is also a major cause of depression—it contributes significantly to nutritional deficiency. All carbohydrates require specific nutrients (including vitamins B1, B2, B3, B5, B6, and magnesium) to properly metabolize in the body. Since refined sugars are devoid of such nutrients, these must be obtained from bodily reserves, thus depleting our reserves and causing nutritional deficiency. Alarmingly, the average American consumes more than 160 pounds of this dangerous metabolic poison per year. Similar to sugar, white flour also depletes the body of critical vitamins and minerals, causing nutritional deficiency. White flour is ubiquitous in our society; it is found in almost all bread, pasta, breakfast cereals, and baked goods. Many people have been completely cured of serious depression simply by eliminating sugar and white flour from their diet.

Another cause of depression is inadequate exposure to full-spectrum natural light (sunlight), which affects our hormonal balances. The human body evolved at a time when people spent most of their day outdoors and went to bed when it got dark. As a consequence, normal biochemical function is dependent on regular exposure to lots of bright, full-spectrum, natural light during the day, and avoidance of bright lights at night. Unfortunately, not many of us meet these needs for natural light. Our exposure to sunlight tends to be insufficient and inconsistent. To make matters worse, we constantly stay up far past dark using unnatural light sources that interfere with natural biorhythms. Daily exposure to sunlight is recommended, but it must be outdoors (not through the office window) and without eyeglasses, as both glass and plastic reduce the healthy full-spectrum quality of natural sunlight. A brisk 30-minute walk outdoors every day will do wonders for both mental and physical health.

The social stress caused by an absence of meaningful relationships has also been shown to cause depression. Humans are social creatures who were meant to live as part of a community. Psychological and emotional isolation from others affects our biochemistry and causes deficiency, toxicity and depression. Joining and participating in church or community groups is very helpful. (People with religious/spiritual practices and communities are known to recover from depression more quickly.) Being loved, cared about, and part of a family or group is essential to both mental and physical health. The key is to regularly interact, being loving and caring of both yourself and others. This will enhance cell chemistry and good health.

Yet another factor causing depression is lack of exercise. Exercise has a huge effect on cell chemistry, and lack of it can cause cellular malfunction and depression. (That brisk 30 minute daily walk outdoors provides physical activity, as well as providing exposure to sunlight, doing double duty in the prevention and reversal of depression.) A study in the Archives of Internal Medicine found that exercise was just as effective as prescription drugs in reducing depression in patients with major depressive disorders. The antidepressant drugs in this study were more effective only initially, and such drugs are inherently toxic whereas exercise is healthy. While not a panacea, exercise has consistently been shown to relieve both anxiety and depression. On the bottom line, exercise promotes the health of cells, and therefore works to prevent and reverse disease—depression included.

Toxicity is also a contributing factor to our epidemic of depression. For example, excess copper is a toxin linked to depression. Aging copper water pipes in older buildings, particularly in older cities like New York, release enough copper into the drinking water to cause clinically significant depression. Another source of excess copper intake is from the high-copper dental amalgams our dentists started using in the 1980s, which have been linked to neurological problems. Dental amalgams contain mercury, which can also cause depression. Certain toxic prescription drugs can cause depression. Allergies to foods, such as wheat and dairy, can also have a toxic effect. No amount of antidepressant drugs or psychotherapy will cure toxicity-induced depression, until you first get rid of the toxins.

Preventing and reversing depression is no different than with any other disease—give cells what they need and keep them free of toxins. If you already suffer from depression, consider and address the causes listed above, and see what happens. If you are seriously depressed and on medications, then it is essential to work with your doctor to gradually reduce medications. Medications will not cure depression, they merely address the symptoms. The key is to choose a doctor who takes an enlightened, holistic approach rather than relying on therapy and drugs as their only tools.

Here's the bottom line—to prevent or reverse depression, give your cells what they need and protect them from toxins:

While some people are more susceptible to depression than others (biochemical individuality at work), health is still a choice. By consistently making better choices in diet and lifestyle, your probability of avoiding or reversing any disease, including depression, is greatly enhanced. To learn more about how to make better choices, read my book Never Be Sick Again.

Raymond Francis is an M.I.T.-trained scientist, a registered nutrition consultant, author of Never Be Sick Again, host of the Beyond Health Show and an internationally recognized leader in the emerging field of optimal health maintenance.
------------
http://www.oasisadvancedwellness.com/learning/depression-epidemic.html
http://befitandstrong.com/sites/default/files/depression.jpg
http://www.indepression.com/img/depression.jpg
http://www.depression-survival.com/wp-content/uploads/2011/05/Depression-And-Diabetes-Symptoms.jpg
Posted by pratanacoffeetalk at 1:25 PM