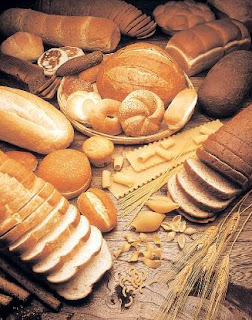 (NaturalNews) A new study coming from a team of scientists at the Genesis Prevention Center, University Hospital in South Manchester, England reveals that intermittent, low-carb diets are more efficient in reducing weight and insulin blood levels than regular diets.

High levels of insulin are directly linked to the risk of developing cancer and other diseases. The results were presented at the San Antonio Breast Cancer Symposium, which was held December 6-10, 2011.

The researchers explained that reducing carbohydrate intake for two days per week will produce better long term health results than reducing carbohydrate intake for every day of the week. Research dietitian Michelle Harvie, who presented the science team's findings at the San Antonio Breast Cancer Symposium, said that "weight loss and reduced insulin levels are required for breast cancer prevention, but (these levels) are difficult to achieve and maintain with conventional dietary approaches".

Intermittent fasting has previously been shown to have possible beneficial effects on both animal and human health, although there is currently no scientific consensus with regards to the extent of these effects. Research on the benefits of intermittent calorie restriction can be traced back to the 1940s, when scientists at the University of Chicago noted that rats subjected to intermittent fasting appeared to live longer than other rats.

In their 2011 study, Harvie and her team used a sample of 115 women who had some family history of breast cancer, over a four-month trial period. For research purposes, each participant was randomly assigned with one of three types of diets: a standard calorie-restrictive Mediterranean diet for 7 days per week, a low-carbohydrate diet for two days per week, or an "ad lib" calorie restrictive diet which allowed the women to eat as many proteins and healthy fats as they wanted (in the form of lean meat, nuts and olives), for two days per week.

The study results showed that the two intermittent, low-carbohydrate diets were superior to the calorie-restrictive Mediterranean diet in reducing overall weight, body fat and insulin resistance. The calorie-restrictive and "ad lib" low-carbohydrate diets scored an average of about 4 kilograms (9 pounds) in total body fat loss, as opposed to only 2.4 kilograms (5 pounds) for the standard Mediterranean diet.

While the science team believes that further investigation is necessary to determine the exact relation between intermittent diets and overall body health, Dr. Harvie and her colleagues are planning to look at the relationship between carbohydrate intake and breast cancer in their future studies.