CRANBERRY JUICE IS MORE EFFECTIVE IN FIGHTING INFECTIONS THAN PILLS 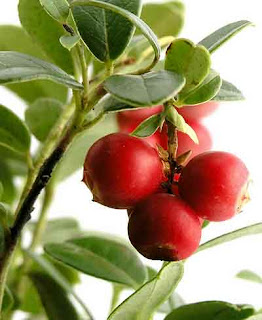 (NaturalNews) A new study from the Worcester Polytechnic Institute (WPI) in Massachusetts confirms that natural cranberry juice is more effective in fighting infections than pills containing concentrated doses of the flavonoids found in cranberries. The study published in the Food Science and Biotechnology journal was led by Dr. Terri Camesano, professor of chemical engineering.

The new paper adds to the highly positive conclusions previously published by professor Camesano on the health benefits of cranberries. Earlier WPI studies have shown that their juice can prevent infectious bacteria, specifically a virulent form of E. coli, from attaching to the wall of the urinary tract. This strain is covered with hair-like projections that help it hook onto urinary tract cells.

Exposure to bioactive elements in cranberries reduce the ability of the bacteria to adhere to healthy cells. As a result, the E. coli is unable to form a biofilm, which would allow the bacteria to grow and spread further. Eventually they are easily eliminated by the natural flow of urine.

The new experiments have focused on observing the difference between the use of pills containing cranberry flavonoids and the intake of natural juice. Until now, a group of flavonoids called proanthocyanidins, or PACs, were thought to be responsible for the anti-inflammatory properties of cranberries. Based on this assumption, pharmacologists have tried to artificially replicate and increase the effects of this substance through the use of concentrated doses in pills.

The scientists' study proves these assumptions were wrong all along. Although at first they focused on the PACs themselves, the team's new experiments show that the natural remedy has greater effect than the isolated compound. "The data shows that they aren't the silver bullet, cranberry juice's ability to prevent biofilms is more complex than we may have originally thought," said Dr. Terri Camesano.

During the experiments, researchers incubated two different types of E. coli in the presence of two different mixtures of cranberry juice. At the same time, the bacteria was also incubated in the presence of a substance similar to the one found in cranberries. The results showed that in the presence of natural juice, the bacteria was completely unable to form a biofilm and create the conditions needed for an infection. The PACs, on the other hand, had a limited impact on the E. coli and only after a prolonged exposure. "This study shows that cranberry juice is better at inhibiting biofilm formation than isolated A-type cranberry flavonoids and PACs, although the reasons for this are not yet clear," the professor concluded.

"Cranberries have been recognized for their health benefits for a number of years," explained the professor. Besides their unmatched ability to fight urinary tract infections, they are a source of bioactive substances that can help maintain a vibrant health.

Raw cranberries have elevated antioxidant contents that help the immune and cardiovascular systems, as well as fight free radicals. Medical experts remind us that substances found in these fruits can help prevent tooth decay by inhibiting the formation of plaque. Moderate amounts of dietary fibers, vitamin C and various essential minerals can also be obtained from the regular consumption of cranberries.


About the author:
Raw Michelle is a natural health blogger and researcher, sharing her passions with others, using the Internet as her medium. She discusses topics in a straight forward way in hopes to help people from all walks of life achieve optimal health and well-being. She has authored and published hundreds of articles on topics such as the raw food diet and green living in general. In 2010, Michelle created RawFoodHealthWatch.com, to share with people her approach to the raw food diet and detoxification.