THE ART OF LIVING IN THE 21st CENTURY 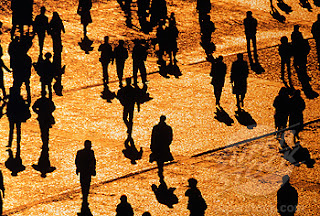 So, how's your 2011 been? Mine: the proverbial best and worst of times. I had my first book published, finished my second, and made it (much to my own massive surprise) onto the Thinkers50 list. But I also lost, in the same month, two of the people I loved the most. That's life: the act of living in the human universe — in the full ebb and flow of its deep tides of joy, sorrow, accomplishment, and grief.

All of which made me reflect on (if you've been following me on Twitter lately, perhaps even brood over) a Big Question: what does it means to live meaningfully well? If you accept the less-than-heretical proposition that our way of life, work, and play, while materially rich, might be leaving us emotionally, relationally, socially, physically, and spiritually if not empty, than perhaps just a little bit unhealthy; that it might be optimized for more, bigger, faster, cheaper, nastier over wiser, fitter, smarter, closer, tougher, wiser — how would we redesign economies, markets, and organizations to help us live better?

I ended up writing a little book about it — Betterness: Economics for Humans. It's a five-step program for reimagining and redesigning prosperity — beginning at the biggest of levels, the global economy, through to the micro-level, the organizations we all spend most of our days in — that's composed not merely just of more bigger faster, but of radically better.

But I also wanted to get even more micro, more immediate: how can each of us be a wholer, truer person, right now, today? In an era where the prosperity we once took for granted appears to be crumbling around us, when the plight of the present seems to be somewhere between facepalm, headdesk, and epic fail, when the great challenges of today are nothing less than rebuilding economy, polity, and society — here's what I believe you're going to have to get lethally serious about: your own human potential, and how deeply, authentically, and powerfully, over the course of your life, you're going to fulfill it.

Hence, recently, I decided to ask my Twitter followers for three lessons they'd give people younger than themselves about leading a good life. The result was a global brainstorm of epic proportions — more insightful and interesting than anything yours truly has ever written.

So here's my question. What are your three lessons for living a good life? What lessons would you give someone, say, in their twenties, today? Here are mine:

Cultivate (your better self). What's the point of "education" anyways? One point of view says: to produce more STEM graduates. And to be sure, there's a case to be made for those skills. But I'd say that, by and large, that case is founded on the deterministic assumption that the point of education is greater productivity; you study so you can be a faithful, loyal, unquestioning "employee" with the commoditized, routinized analytical skills to get the (yawn, shrug, eye-roll) neo-Fordist job done. I'd argue the reverse is true: the point of productivity is education — the "output" of authentically thicker value, greater social benefit, is a process that culminates in the act of being a wholer person. I'd argue, on reflection, what society really might have is a shortage of living, breathing well-rounded humans; with a moral compass, an ethical core, a cosmopolitan sensibility, and a long view born of historicism. What we've got plenty of are wannabe-bankers whose idea of a good life goes about as far as grabbing for the nearest, biggest bonus — what we've got less of are well-rounded people with the courage, wisdom, and capacities to nurture and sustain a society, polity, and economy that blossom. So put immediate gratification to one side and cultivate your higher sensibilities; learn the arts of nuance, subtlety, humility, and grace. I don't mean you have to spend every evening at the opera — but I do mean you probably have to do better than thinking Lil Wayne is the apex of human accomplishment. Let's get real: without a refined, honed, expansive sense of what great accomplishment is, you stand little to no chance of ever pushing past its boundaries yourself.

Create (something dangerous). Mediocrity isn't a quest to be pursued — but a derelict deathtrap to be detonated into oblivion. Hence, I'm firmly of the belief that your youth should be spent pursuing your passion — not just slightly, tremulously, haltingly, but unrelentingly, with a vengeance, to the max and then beyond. So dream laughably big — and then take an absurdly huge risk or two. Bet the farm before it's a ranch, a small town, and an overly comfy place to hang your saddle and your hat. Create something: don't just be an "employee", a "manager", or any other kind of mere mechanic of the present. Be a builder, a creator, an architect of the future. It doesn't matter whether it's a sonata, a book, a startup, a financial instrument, or a new genre of hairstyles — bring into being something not just fundamentally new, but irrepressibly dangerous to the tired, plodding powers that be. Think about it this way: if your quest is mediocrity, then sure, master the skills of shuffling Powerpoint decks, glad-handing beancounters, and making the numbers; but if your quest, on the other hand, is something resembling excellence, then mastering the meta-skills of toppling the status quo — ambition, intention, rebellion, perseverance, humanity, empathy — are going to count for more, and the sooner you get started, the better off you'll be.

Forgive (and fail). I hate the slightly dehumanizing, mechanistic swords "high achievers". Because the truth is that the mark of someone reaching for the stars isn't "achievement" — but failure, of the kind that makes the hair on the back of your neck snap up. If you're going to live a life that matters, I'd bet that sometimes in your 20s, you're going to fail — spectacularly, in Technicolor. You might launch a successful, disruptive venture — only to see your marriage fall apart. You might meet the perfect life partner — only to discover your career is flaming out. Or you might be on top of the world, financially — only to discover you've never felt emptier. These are all failures, of the "omg" variety — and they're reliable triggers of a mid-to-late-twenties-where-the-hell-is-my-smoking-trainwreck-of-a-life-going anyways quandary. So consider this: when you fail, and fail big — forgive. Forgive the people around you. Forgive yourself. Examine the past, but don't let it imprison you. You can dwell on your failure for years, and turn a trauma into a crisis. Or you can gently remember that mistakes aren't the end of the world, but the beginning of wisdom — and firmly step forward into possibility.

As the great poet Antonio Machado once wrote: "walker, there is no path; the path is made by walking." Never was this truer than in an era of abject institutional failure, social fracture, and economic meltdown. We know where yesterday's paths lead — not to a shining city we once called prosperity, but to here; dying metropolises, battered exurbs, mass unemployment, nail-biting fear of the future, plutocracy and protest, the crumbling ruins of empire. So map the horizons of your own journey, and, when the status quo tells you it can't be done, tell the status quo to go to hell.

What's important is that what you're doing matters — to yourself, to the people you love, and to something bigger, whether your community, society, or even humanity. Choose fulfillment and passion over "money" and "success." The latter follow the former — and without the former, the latter are empty. When you're sorting through your passions, consider what you have the potential to be not merely mediocre, but world-beating, at. And as you refine your choices, consider which are going to matter most in the sense of the greatest good for the greatest number — perhaps for the longest time. Because one world-changing accomplishment that knocks the ball out of that park is likely to give you more satisfaction than a lifetime of designer jeans.

Now, these lessons are far from the only ones, or the "best" ones. In our Twitter conversation, there were plenty that I thought were far sharper, more resonant, and just plain wiser. So rather than discuss my tiny, inconsequential lessons in the comments, let me ask again: what three lessons would you give people in their 20s — or anyone, for that matter — about what it takes to live a meaningfully, resonantly good life?

Use the hashtag #3lessons to continue this conversation on Twitter.

UMAIR HAQUE
Umair Haque is Director of Havas Media Labs and author of Betterness: Economics for Humans and The New Capitalist Manifesto: Building a Disruptively Better Business. He is ranked one of the world's most influential management thinkers by Thinkers50. Follow him on twitter @umairh.
------------------------
http://blogs.hbr.org/haque/2011/12/mastering_the_art_of_living_me.html?google_editors_picks=true
http://wwwdelivery.superstock.com/WI/223/1287/PreviewComp/SuperStock_1287-703.jpg
Posted by pratanacoffeetalk at 9:46 AM