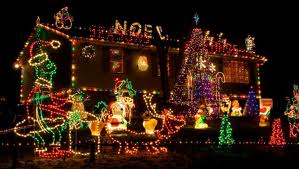 Two children wrote a letter to Santa on Christmas Eve, 1911. In the letter they wished him good luck and listed the gifts they wanted. They placed it in a ledge in the fireplace hoping Santa would read it when he comes down the chimney during the night.

Irish Times reports that the man who now lives in the house in Oaklands Terrace, Terenure, Dublin is John Byrne. He discovered the letter in 1992 while installing central heating and kept it as a souvenir of times past. The letter was made known to the public only recently.


Byrne told Irish Times: "At that time, the fireplaces were made of brick with a shelf on either side. The letter was found on one of the shelves."

The letter was found in good condition, only slightly scorched. The children, who signed themselves "A or H Howard," said, "I want a baby doll and a waterproof with a hood and a pair of gloves and a toffee apple and a gold penny and a silver sixpence and a long toffee."

BBC reports that Byrne finally decided to make the letter public in the Irish Times. A son of Hannah, Victor Bartlem, who lives more than 100 miles away in Bangor, County Down read about it. His wife had read aloud the news about a little girl from Oaklands Terrace who, 100 years ago, put a letter she had written to Santa Claus up a chimney. Bartlem realized it was his late mother. Bartlem said: "I simply couldn't believe it. I never knew about this letter. I never even knew it existed. I could not believe it, it was absolutely amazing and it is such a sweet, typical child's letter."

Hannah, according to BBC, was born on Christmas Day 1900. She attended Zion Church of Ireland in Raphoe and married Alfred Bartlem in 1931. She had two sons, Howard and Victor.