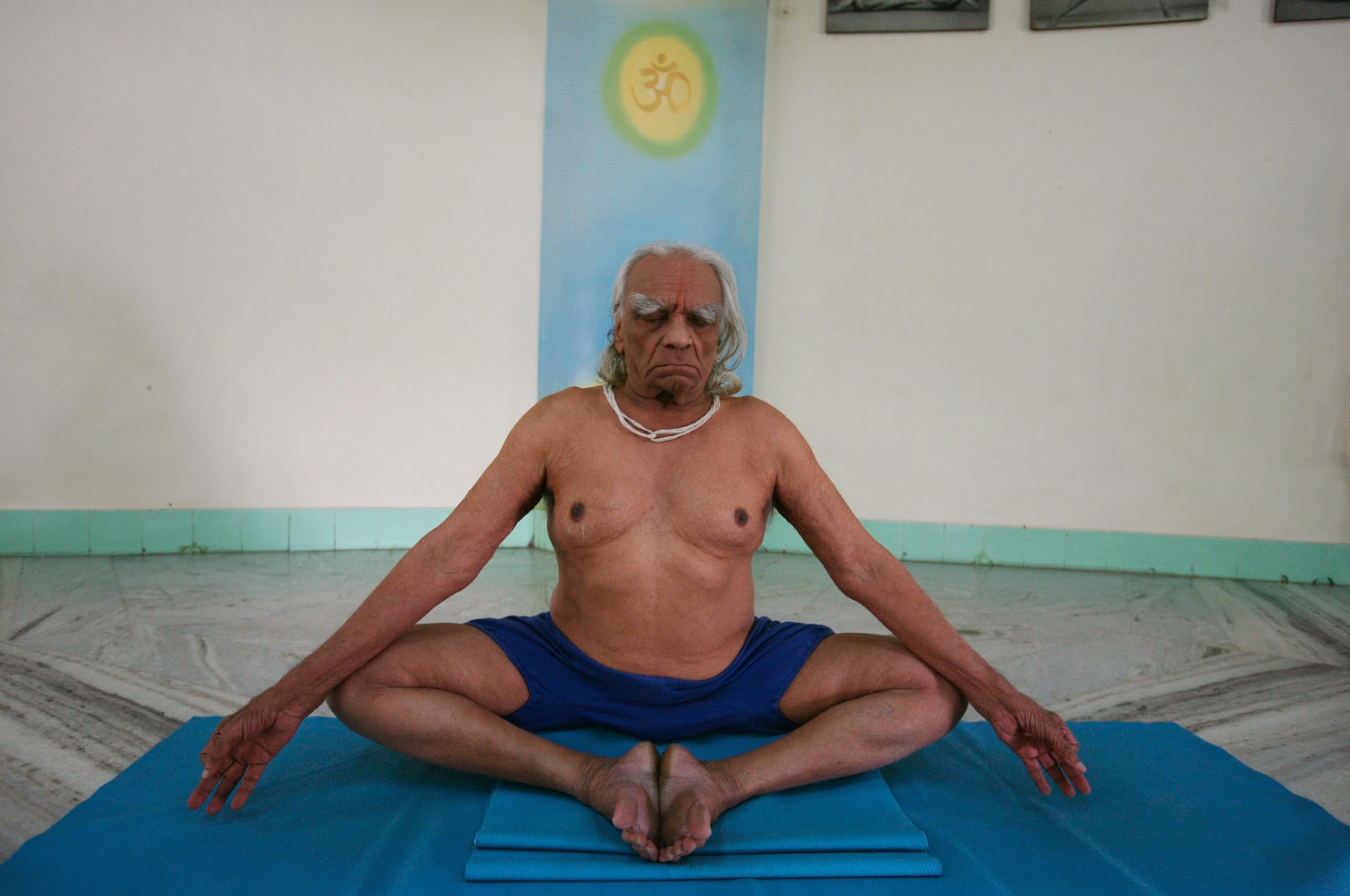 B. K. S. Iyengar, who helped introduce the practice of yoga to a Western world awakening to the notion of an inner life, died on Wednesday in the southern Indian city of Pune. He was 95.

The cause was heart failure, said Abhijata Sridhar-Iyengar, his granddaughter.

After surviving tuberculosis, typhoid and malaria as a child, Mr. Iyengar credited yoga with saving his life. He spent his midteens demonstrating “the most impressive and bewildering” positions in the court of the Maharaja of Mysore, he later recalled.

A meeting in 1952 with the violinist Yehudi Menuhin, an early yoga devotee, proved to be a turning point, and Mr. Iyengar began traveling with Mr. Menuhin, eventually opening institutes on six continents.

Among his devotees were the novelist Aldous Huxley, the actress Annette Bening and the designer Donna Karan, as well as a who’s who of prominent Indian figures, including the cricketer Sachin Tendulkar and the Bollywood siren Kareena Kapoor. He famously taught Queen Elisabeth of Belgium, 85 at the time, to stand on her head.

“I set off in yoga 70 years ago when ridicule, rejection and outright condemnation were the lot of a seeker through yoga even in its native land of India,” he wrote. “Indeed, if I had become a sadhu, a mendicant holy man, wandering the great trunk roads of British India, begging bowl in hand, I would have met with less derision and won more respect.”

The news about Mr. Iyengar — or “guru-ji,” as many here called him, using a Sanskrit honorific — rippled through India on Wednesday morning. Prime Minister Narendra Modi said on Twitter that he was “deeply saddened” by Mr. Iyengar’s death and offered “condolences to his followers all over the world.”

Mr. Iyengar’s practice is characterized by long asanas, or postures, that require extraordinary will and discipline. A reporter who watched daily practice in 2002, when Mr. Iyengar was 83, said that he held one headstand for six minutes, swiveling his legs to the right and the left, and that when he finished, “his shoulder-length hair was awry, he seemed physically depleted,” but he wore the smile of a gleeful child.

Ms. Sridhar-Iyengar said her grandfather recognized early on that yoga, up until then viewed as a mystical pursuit, “had something for everybody, not just the intellectually or spiritually inclined.”

“He felt satisfied,” she said. “Even at the end, even a few weeks before, he said, ‘I’m satisfied with what I’ve done.’ He took yoga to the world. He knew that.”

Bellur Krishnamachar Sundararaja Iyengar was born on Dec. 14, 1918, into a poor family in the southern state of Karnataka. The 11th of 13 children, he was born in the midst of an influenza outbreak. Three of his siblings died before reaching adulthood, and he watched his father, a teacher, die of appendicitis when he was 9 years old. Mr. Iyengar himself contracted tuberculosis, typhoid and malaria; by the time he began studying yoga, at 16, he was painfully frail.

“My arms were thin, my legs were spindly, and my stomach protruded in an ungainly manner,” he wrote. “My head used to hang down, and I had to lift it with great effort.”

His first teacher was his brother-in-law, a Brahmin scholar who had set up a school of yoga at the Jaganmohan Palace, and who sometimes denied his student food if his performance was deemed inadequate. Mr. Iyengar, then a teenager, was the youngest member of the Maharaja of Mysore’s entourage, and was asked to demonstrate his ability to stretch and bend his body for visiting dignitaries and guests.

Mr. Menuhin, who visited India in 1952, heard of his practice and penciled him in for a five-minute meeting, and was so instantly impressed that the session went on for more than three hours. Mr. Iyengar recalled, in an interview with CNN, that “the moment I adjusted him and took him, he said, ‘I’ve never felt this sense of joy, elation.’ ”

The violinist later brought Mr. Iyengar to Switzerland, where he introduced him to other prominent Westerners who became his followers. In his first visit to New York in 1956, Mr. Iyengar said he encountered little interest in yoga. It was not until the next decade that he began to attract crowds.

“We were just coming out of the ’60s change-your-consciousness thing, and many of us were in our heads, and wanting to meditate, and reach Samadhi,” or enlightenment, Patricia Walden, a longtime student of Mr. Iyengar’s, said in an interview in 2000. “Iyengar was, like, ‘Stand on your feet. Feel your feet.’ He was so practical. His famous quote was, ‘How can you know God if you don’t know your big toe?’ ”

Were it not for his celebrity in the West, Mr. Iyengar would hardly have gained a reputation in India, said Latha Satish, who heads a major yoga institute in the southern city of Chennai.

“He was at the right time at the right place; he would not have survived here,” Mr. Satish said. In India, he said, “everybody was interested in Western education; yoga was not so popular.” Mr. Iyengar’s trademark improvisations — like the use of blocks, blankets and straps to assist in holding difficult postures — were adopted “because of the need of students abroad,” he said.

Past students recalled Mr. Iyengar as warm and charismatic, but also strict. Elizabeth Kadetsky, who wrote a memoir of the year she spent studying with him, recalled that she was standing on her head in a class when he “took his fingers and shoved them in my upper back, and bellowed, ‘In the headstand, this portion of the back is not straight.’ ”

As his influence spread, she said, he was fiercely competitive with other leading yoga gurus, and would get cranky when asked about their methods.

By the time he reached his 80s, Mr. Iyengar had become accustomed to the kind of reception usually reserved for pop stars. As power yoga became a multimillion-dollar industry, he occasionally cringed at the commercialization of the practice, and wondered whether it would survive its own popularity. But the pleasure he took in the practice was unaffected.

At the end of a session in 2002, he lay on his back, knees bent so that his calves were beneath his thighs, arms out to either side, weights holding him down. He lay still for 12 minutes, perfectly immobile except for the twitch of a pinkie. Asked what he was thinking, he replied, “Nothing.”

“I can remain thoughtfully thoughtless,” he said. “It is not an empty mind.”