THE DAILY ROUTINE YOU SHOULD KNOW ..... AND LEARN 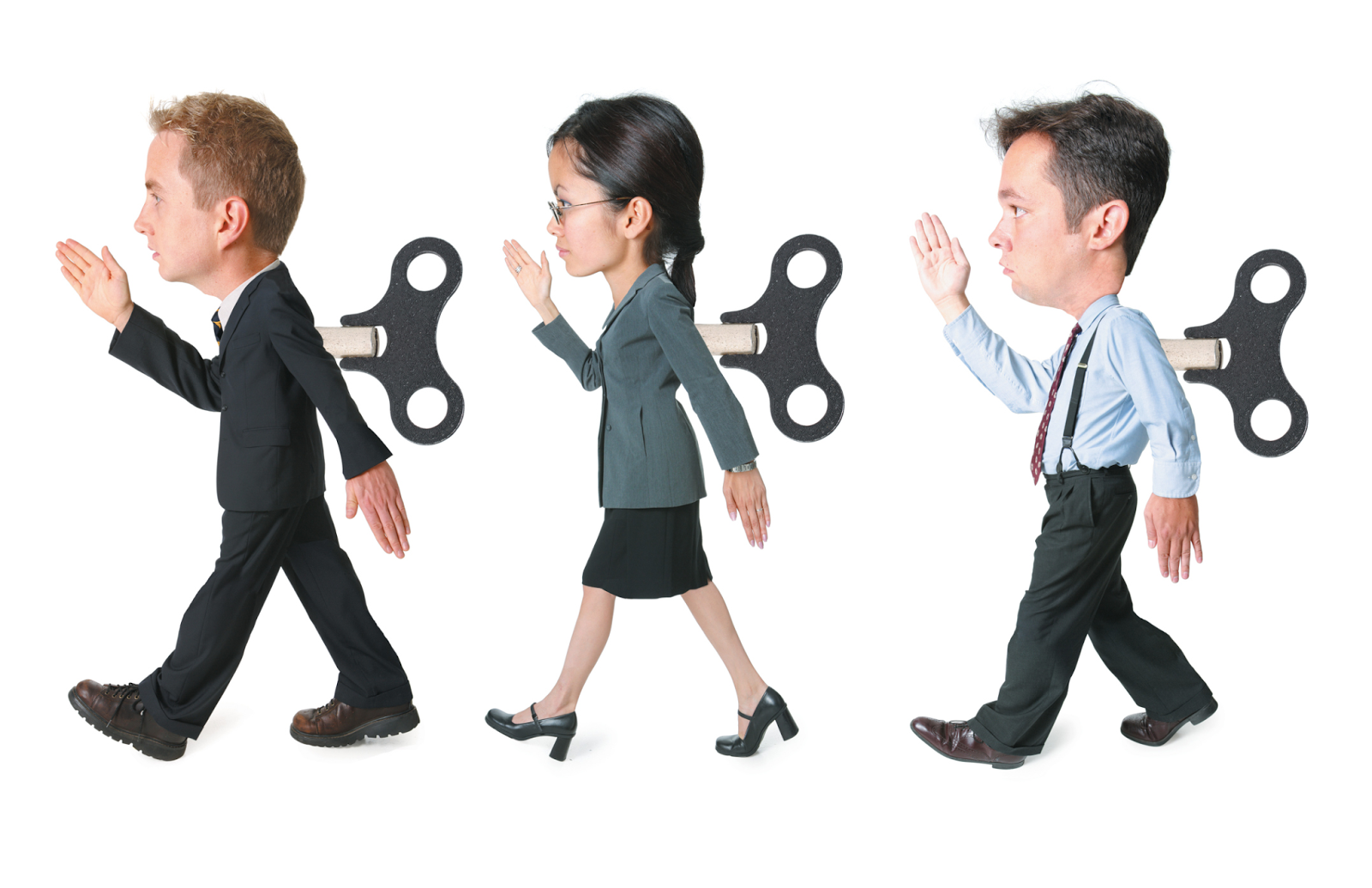 Juan Ponce de León spent his life searching for the fountain of youth. I have spent mine searching for the ideal daily routine. But as years of color-coded paper calendars have given way to cloud-based scheduling apps, routine has continued to elude me; each day is a new day, as unpredictable as a ride on a rodeo bull and over seemingly as quickly.

Naturally, I was fascinated by the recent book, Daily Rituals: How Artists Work. Author Mason Curry examines the schedules of 161 painters, writers, and composers, as well as philosophers, scientists, and other exceptional thinkers.

As I read, I became convinced that for these geniuses, a routine was more than a luxury — it was essential to their work. As Currey puts it, “A solid routine fosters a well-worn groove for one’s mental energies and helps stave off the tyranny of moods.” And although the book itself is a delightful hodgepodge of trivia, not a how-to manual, I began to notice several common elements in the lives of the healthier geniuses (the ones who relied more on discipline than on, say, booze and Benzedrine) that allowed them to pursue the luxury of a productivity-enhancing routine:

A workspace with minimal distractions. Jane Austen asked that a certain squeaky hinge never be oiled, so that she always had a warning when someone was approaching the room where she wrote. William Faulkner, lacking a lock on his study door, just detached the doorknob and brought it into the room with him — something of which today’s cubicle worker can only dream.  Mark Twain’s family knew better than to breach his study door — if they needed him, they’d blow a horn to draw him out. Graham Greene went even further, renting a secret office; only his wife knew the address or telephone number. Distracted more by the view out his window than interruptions, if N.C. Wyeth was having trouble focusing, he’d tape a piece of cardboard to his glasses as a sort of blinder.

A daily walk. For many, a regular daily walk was essential to brain functioning. Soren Kierkegaard found his constitutionals so inspiring that he would often rush back to his desk and resume writing, still wearing his hat and carrying his walking stick or umbrella. Charles Dickens famously took three-hour walks every afternoon — and what he observed on them fed directly into his writing. Tchaikovsky made do with a two-hour walk, but wouldn’t return a moment early, convinced that cheating himself of the full 120 minutes would make him ill. Beethoven took lengthy strolls after lunch, carrying a pencil and paper with him in case inspiration struck. Erik Satie did the same on his long strolls from Paris to the working class suburb where he lived, stopping under streetlamps to jot down notions that arose on his journey; it’s rumored that when those lamps were turned off during the war years, his productivity declined too.

Accountability metrics. Anthony Trollope only wrote for three hours a day, but he required of himself a rate of 250 words per 15 minutes, and if he finished the novel he was working on before his three hours were up, he’d immediately start a new book as soon as the previous one was finished. Ernest Hemingway also tracked his daily word output on a chart “so as not to kid myself.” BF Skinner started and stopped his writing sessions by setting a timer, “and he carefully plotted the number of hours he wrote and the words he produced on a graph.”

A clear dividing line between important work and busywork. Before there was email, there were letters. It amazed (and humbled) me to see the amount of time each person allocated simply to answering letters. Many would divide the day into real work (such as composing or painting in the morning) and busywork (answering letters in the afternoon). Others would turn to the busywork when the real work wasn’t going well. But if the amount of correspondence was similar to today’s, these historical geniuses did have one advantage: the post would arrive at regular intervals, not constantly as email does.

A habit of stopping when they’re on a roll, not when they’re stuck. Hemingway puts it thus: “You write until you come to a place where you still have your juice and know what will happen next and you stop and try to live through until the next day when you hit it again.” Arthur Miller said, “I don’t believe in draining the reservoir, do you see? I believe in getting up from the typewriter, away from it, while I still have things to say.” With the exception of Wolfgang Amadeus Mozart — who rose at 6, spent the day in a flurry of music lessons, concerts, and social engagements and often didn’t get to bed until 1 am — many would write in the morning, stop for lunch and a stroll, spend an hour or two answering letters, and knock off work by 2 or 3. “I’ve realized that somebody who’s tired and needs a rest, and goes on working all the same is a fool,” wrote Carl Jung. Or, well, a Mozart.

A supportive partner. Martha Freud, wife of Sigmund, “laid out his clothes, chose his handkerchiefs, and even put toothpaste on his toothbrush,” notes Currey. Gertrude Stein preferred to write outdoors, looking at rocks and cows — and so on their trips to the French countryside, Gertrude would find a place to sit while Alice B. Toklas would shoo a few cows into the writer’s line of vision. Gustav Mahler’s wife bribed the neighbors with opera tickets to keep their dogs quiet while he was composing — even though she was bitterly disappointed when he forced her to give up her own promising musical career. The unmarried artists had help, too: Jane Austen’s sister, Cassandra, took over most of the domestic duties so that Jane had time to write — “Composition seems impossible to me with a head full of joints of mutton & doses of rhubarb,” as Jane once wrote. And Andy Warhol called friend and collaborator Pat Hackett every morning, recounting the previous day’s activities in detail. “Doing the diary,” as they called it, could last two full hours — with Hackett dutifully jotting down notes and typing them up, every weekday morning from 1976 until Warhol’s death in 1987.

Limited social lives. One of Simone de Beauvoir’s lovers put it this way: “there were no parties, no receptions, no bourgeois values… it was an uncluttered kind of life, a simplicity deliberately constructed so that she could do her work.” Marcel Proust “made a conscious decision in 1910 to withdraw from society,” writes Currey. Pablo Picasso and his girlfriend Fernande Olivier borrowed the idea of Sunday as an “at-home day” from Stein and Toklas — so that they could “dispose of the obligations of friendship in a single afternoon.”

This last habit — relative isolation — sounds much less appealing to me than some of the others. And yet I still find the routines of these thinkers strangely compelling, perhaps they are so unattainable, so extreme. Even the very idea that you can organize your time as you like is out of reach for most of us — so I’ll close with a toast to all those who did their best work within the constraints of someone else’s routine. Like Francine Prose, who began writing when the school bus picked up her children and stopped when it brought them back; or T.S. Eliot, who found it much easier to write once he had a day job in a bank than as a starving poet; and even F. Scott Fitzgerald, whose early writing was crammed in around the strict schedule he followed as a young military officer. Those days were not as fabled as the gin-soaked nights in Paris that came later, but they were much more productive — and no doubt easier on his liver. Being forced to follow the ruts of someone else’s routine may grate, but they do make it easier to stay on the path.

And that of course is what a routine really is — the path we take through our day. Whether we break that trail yourself or follow the path blazed by our constraints, perhaps what’s most important is that we keep walking.
--------------------------
http://blogs.hbr.org/2014/03/the-daily-routines-of-geniuses/
http://cognitivecompost.com/wp-content/uploads/2013/10/wind-up-people.png
Posted by pratanacoffeetalk at 10:24 AM