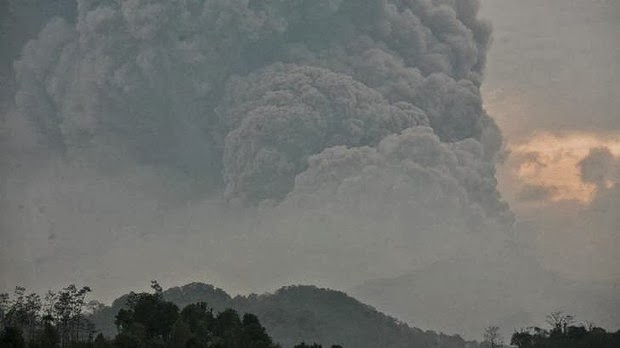 Thousands of people have been evacuated after Mount Kelud on densely populated Java island erupted, spewing ash and raining gravel.

The head of the country's volcano monitoring agency, Muhammad Hendrasto, said the mountain in East Java province erupted late on Thursday, about 90 minutes after authorities raised its status to the highest level.

There were no immediate reports of casualties. Mr Hendrasto urged about 200,000 people living in 36 villages within 10 kilometres of the crater to evacuate. 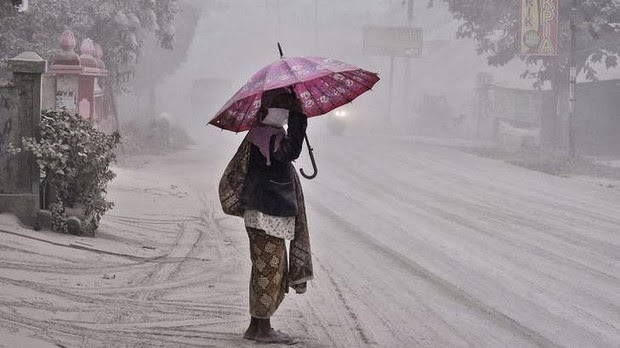 "It is spewing lava right now while gravel rain has fallen in some areas," Mr Hendrasto said. "We worry that the gravel rain can endanger people who are evacuating."

A series of huge blasts unleashed stones and gravel, causing panic among villagers who immediately fled to safer areas.

In 1990, Kelud kicked out searing fumes and lava that killed more than 30 people and injured hundreds. In 1919, a powerful explosion that reportedly could be heard hundreds of miles away killed at least 5160.

Earlier this month, Mount Sinabung in North Sumatra province erupted as authorities were allowing thousands of villagers who had been evacuated to return to its slopes, killing 16 people. Sinabung has been erupting for four months, forcing the evacuation of more than 30,000 people.