10 SPICES TO BOOST YOUR BRAINPOWER 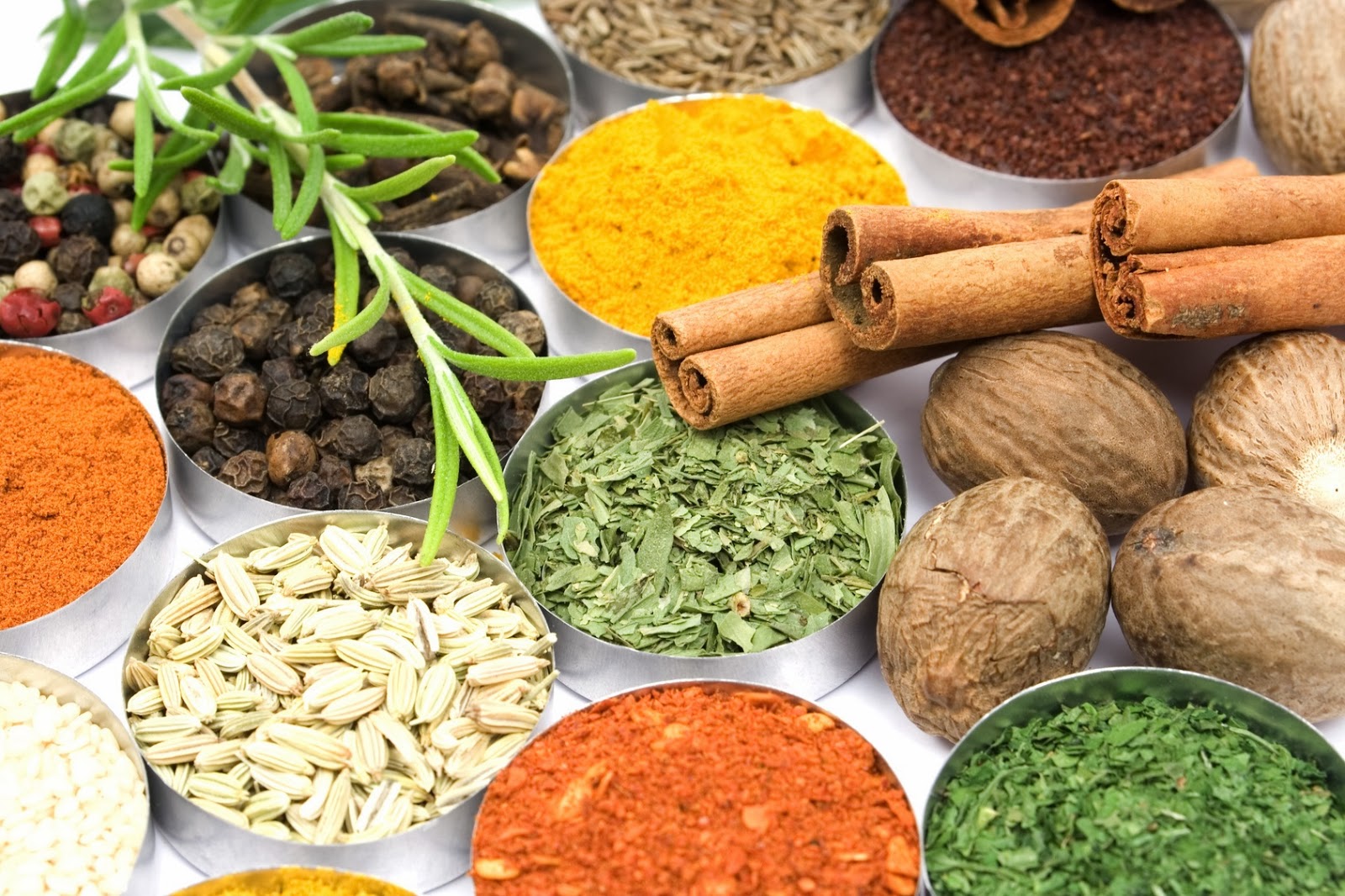 You may have heard suggestions like using meditation, deep breathing, brainwave entrainment, visualization, and several other exercises to harness your brain’s potential and promote mental clarity.

But did you know that diet plays an important role in how well your brain works? What you eat influences your cognitive functioning. In fact, the herbs and spices in your kitchen spice rack can be very helpful in enhancing your memory and brainpower.

Here are the top 10 spices to boost brainpower.

Adding turmeric to your food can help keep your brain sharp. Turmeric contains a chemical called curcumin that reduces plaques in the brain that are linked to Alzheimer’s disease. It also slows the progression of Alzheimer’s disease due to its potent antioxidant properties.

Curcumin also improves memory and has an antidepressant effect. Moreover, a recent study in India indicates that this active ingredient also protects against alcohol-induced brain damage.

Thyme is great for supporting brain health. Studies have revealed that the volatile oils in this herb increase the levels of omega-3 fatty acids, particularly docosahexaenoic acid (DHA), in the brain.

Omega-3 fatty acids are beneficial for the brain because they protect against age-related cognitive decline or dementia. They also improve learning and memory.

Plus, DHA ensures proper functioning and development of the brain cells. Thyme also contains flavonoids that increase its antioxidant capacity.

Oregano is highly effective in neutralizing free radicals due to its high concentration of antioxidants. A study published in the British Journal of Nutrition found that taking an extract from oregano leaves can help enhance mental well-being and regulate mood.

The study demonstrated that the compounds in this herb inhibit the reuptake and degradation of monoamine neurotransmitters, which are involved in modulating your mood, anxiety, cognition, sleep and appetite. Thus, oregano can help decrease anxiety and improve learning and concentration.

Apart from including this spice in cooking, you can use oregano essential oil as aromatherapy to relieve stress and calm your nerves.

Due to its antioxidant and anti-inflammatory properties, rosemary helps fight off free-radical damage in the brain. Carnosic acid, a phytochemical present in this herb, is particularly good for protecting the brain from a stroke and neurodegenerative conditions like Alzheimer’s disease.

Sage is excellent for better brain functioning and boosting memory recall. It also contains carnosic acid that stops free-radical damage in the brain.

Plus, it increases the production of the anti-aging antioxidant glutathione, which is used to treat a number of neurological disorders including Alzheimer’s, autism, and others.

Furthermore, the compounds present in this herb prevent the breakdown of a neurotransmitter called acetylcholine that is involved in memory and learning.

Extracts of sage with terpenoid constituents have been shown to improve cognitive function. So, to boost your brainpower, add more sage to your soups, stews, and salad dressings, or simply drink sage tea.

Black pepper and other plants in the Piperaceae family contain a pungent compound called piperine that increases beta-endorphins in the brain and boosts cognitive function. Beta-endorphins have neurotransmitter qualities that improve your mood and promote feelings of relaxation.

A study published in the Journal of Alzheimer’s Disease has shown that cinnamon contains compounds that can help ward off Alzheimer’s disease.

These compounds (cinnamaldehyde and epicatechin) inhibit the aggregation of tau proteins. Tau proteins play an important role in stabilizing microtubules. When they become defective and do not perform this function properly, it leads to dementias, such as Alzheimer’s disease.

According to a study by the U.S. Department of Agriculture, the compounds in cinnamon extract can help prevent brain cells from swelling, thereby reducing complications related to traumatic brain injury and stroke. The swelling often contributes to further neuronal injury.

Furthermore, cinnamon metabolizes into sodium benzoate that, according to researchers at the Rush University Medical School in Chicago, has positive effects on brain function.Thus, taking cinnamon can protect against a number of age-related neurological disorders. Simply smelling this wonderful spice also improves cognitive function.

Nutmeg can help keep your brain sharp and boost brain activity due to its compound called myristicin. It improves memory and also inhibits an enzyme that contributes to Alzheimer’s disease.

Nutmeg reduces stress and fatigue too. Nutmeg oil also will promote mental clarity and relieve stress. This spice, however, should be used in moderation (that is, about a pinch or two of freshly ground nutmeg in a day) or it may lead to nausea, vomiting, strong euphoria, palpitation, and hallucinations.

This aromatic spice works as a mental stimulant and decreases oxidative stress because of its antioxidant properties. Plus, it contains phenol compounds that help remove toxins and support cellular health.

Also, clove oil can be used as aromatherapy to stimulate the brain and make you more attentive and energetic. The oil blends well with other oils like peppermint, rosemary, basil, lavender, and orange oil.

It has been found that clove oil can also reverse learning and memory deficits. Another added benefit is that it repels insects and mosquitoes.

Animal studies indicate that the methanol extracts from holy basil can be useful in reducing brain damage due to decreased cerebral circulation.

Moreover, being an adaptogen that helps the body respond better to stress, it aids in stress relief by reducing the production of stress hormones. You can also use basil oil as aromatherapy to enhance memory and concentration.
-----------------
From the email sent by Fredy Liwang, Orlando
http://www.indiaspice.ca/buy/product_images/uploaded_images/spices-for-health.jpg
Posted by pratanacoffeetalk at 6:06 PM