THE DESIGNERS IN TWO DIFFERENT TRACKS 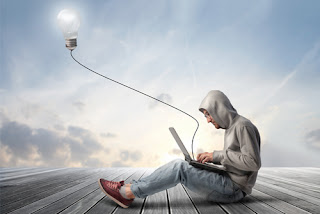 Making creative expertise a lasting part of your company means more than just hiring a few designers. You also have to retain, direct, and eventually promote them — something that managers from other backgrounds can find daunting. Recommendations often fall into tired caricatures: creatives are temperamental, they demand constant stimulation, they should be indulged. Creative professionals do fare better when they’re given flexible schedules, meaningful work, and license to fail — but then, so do the rest of us.

Where they differ is in their long-term professional path. Or more correctly, their paths: in our experience at Ziba, we’ve seen two distinct career paths among creative professionals, each stemming from its own set of motivations, and demanding its own approach to management.

The Creative Director.
More than money or recognition, what drives many top-notch creatives is the promise of perpetual newness. Modern design schools increasingly encourage this, demanding that graduates be familiar not just with a traditional creative skillset, but with ethnography, finance, coding, and a host of other competencies.

The good news is that the curiosity-driven creatives who come out of these programs can make excellent leaders, well-suited to the kinds of collaborative teams that spur innovation. Because they understand both the creative process and broader business considerations, they act as go-betweens, communicating requirements and constraints to creative team members, and championing creative work to clients and co-workers. Getting someone to this point, however, can take guidance that seems counter-intuitive.

For one thing, workers who seek the Creative Director path are often drawn to tasks that they’re not explicitly qualified for. As their manager, you should encourage this. Look for signs of interest outside their job descriptions, and give them expanded responsibility in those arenas. Acknowledge the possibility that they could be good at tasks that aren’t “creative,”and push them to oversee multiple facets of a project without losing their core competency.

J. Crew president Jenna Lyons exemplifies this path, having worked her way up from designing rugby shirts in 1990, until she elevated a formerly staid clothing brand into a high-margin force of fashion. A recent profile of Lyons, and her relationship with CEO Millard Drexler, depicts her poking fingers into every aspect of the business, from marketing strategy and manufacturing control to ensuring that photographers get the right jewelry for a shoot. Yet she is still emphatically a designer at the core, and respectful of the creative expertise around her. It’s a win-win situation for the company, bringing innovation and vision into its heart; it happened because she was given license to pursue her curiosity, and access to the broader organization.

The Master Craftsman.
There are other creative professionals, though, who reject such breadth, wanting nothing more than to master the tools of their trade and solve the problems no one else can. At first glance, it might be tempting to dismiss someone with such narrow focus — shouldn’t all creative professionals eventually become directors? — but that would be a mistake. As fun as it is to try and spot the “trick” that brands like Virgin, Apple, or Target use to dominate their categories, the reality is that they all have cultures of perfect execution. They sweat out the details, making sure that every part of their offering is just right, and this takes obsessive craftsmen who won’t take “almost good enough” for an answer.

Managing these creatives means ensuring they have a clear way to advance without getting pushed into management. In practice, it often means defining a new position. At Ziba they’re called Principal Designers, but regardless of name, the position should confer status and authority on par with a Creative Director, so it becomes a target for continued improvement. Establishing this role also announces clearly, to the entire organization, that mastery is respected as its own form of leadership.

Creating a Master Craftsman path also challenges managers to formally encourage mentorship and evangelism. Principal Designers often relish working with less experienced counterparts to hone their skills, especially if it’s done with the blessing and support of the organization. Even when they’re not interacting with clients, they should advocate for the value of their craft, teaching non-designers how to leverage it for better outcomes.

In Outliers, Malcolm Gladwell argues (and defends in the New Yorker) that cognitively complex tasks take extensive practice to master — the  well-known 10,000 Hour Rule. What sets Master Craftsmen apart is not innate talent, but fascination with that practice. Good managers value that fascination, and support it with professional tools, conferences, skill-sharing opportunities…and promotions. Craftsmen must know that as long as they keep improving, and helping others do the same, they’ll continue to advance.

When these two types of creative workers are combined, and supported equally through their career arc, companies are transformed. The tendency to seek out rockstar designers is gradually waning, but there’s a still a temptation to see lone genius as the source of innovation. Smart executives, on the other hand, know that creativity is nothing more — and nothing less — than consistent, highly skilled work. It should be managed that way.

Sean Madden is Executive Managing Director at Ziba and an expert in service design and innovation strategy. He leads multi-disciplinary design teams to create products and services for global Fortune 100 companies.
--------------------------------
http://blogs.hbr.org/2013/12/managing-designers-on-two-different-tracks/
Posted by pratanacoffeetalk at 9:42 AM