SHARKS DO GET CANCER 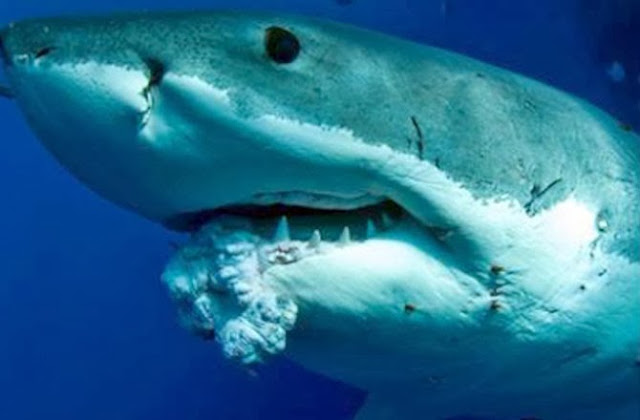 Scientists have known for more than 150 years that sharks get cancer. And yet the belief persists that the animals don't suffer from the disease.

That misconception is promoted in part by those who sell shark cartilage, who claim that the substance will help cure cancer, said David Shiffman, a shark researcher and doctoral student at the University of Miami. But no studies have shown that shark cartilage is an effective treatment, and the demand for the material has helped decimate shark populations, researchers say: Humans kill about 100 million sharks per year, according to a March 2013 study (although many factors contribute to the killing of sharks, including demand for shark-fin soup).

Recently, researchers in Australia noticed a large tumor protruding from the mouth of a great white shark, as well as another mass on the head of a bronze whaler shark. The great white's tumor measured 1 foot (30 centimeters) long and 1 foot wide, according to a study describing the tumors published online in November in the Journal of Fish Diseases.

"This was a very unusual sight as we have never before seen a white shark with tumors," said Rachel Robbins, a study co-author and shark biologist at the Fox Shark Research Foundation, near Adelaide, in southern Australia. [Image Gallery: Great White Sharks]

In total, scientists have now documented tumors in at least 23 species of sharks, including the two in the new study, Robbins said. "The main take-home message from the study is that it adds to the growing evidence of tumor formation in sharks, contrary to popular belief that sharks do not suffer from such anomalies," Robbins told LiveScience.

"Sharks get cancer," said Shiffman, who wasn't involved in the study. "Even if they didn't get cancer, eating shark products won't cure cancer any more than me eating Michael Jordan would make me better at basketball."

The belief that shark cartilage can treat cancer diverts patients from effective treatments, according to a 2004 review in the journal Cancer Research. The demand for cartilage also fuels widespread fishing for sharks. One in six known species of sharks, rays and skates are considered threatened with extinction by the International Union for Conservation of Nature, an environmental group, Shiffman said.

It's unknown what caused the tumors in the great white or bronzer shark. However, reports of cancerous tumors in marine animals, especially mammals, have steadily increased over the past 20 years, raising concerns that industrial pollutants or human activities may trigger the cancers, according to the study. Beluga whales have been recorded to suffer from cancer, and in areas near aluminum smelting plants, cancer is the second leading killer of the whales, the study noted.
--------------------
http://news.discovery.com/animals/sharks/sharks-do-get-cancer-tumor-found-in-great-white-131205.htm
Posted by pratanacoffeetalk at 7:21 AM