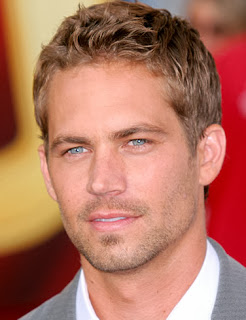 US actor Paul Walker, who starred in the Fast & Furious series of action films, has been killed in a car crash in California.

Walker, 40, was a passenger in a Porsche sports car driven by a friend - who also died - when it crashed north of Los Angeles.

Walker was said to be attending a charity event at the time.

He starred in all but one of the films in the Fast & Furious franchise, the sixth of which opened in May.

Walker also starred in the suspense drama Hours, a movie that is set for release this month.

The Los Angeles County Sheriff's department said the crash happened in the community of Valencia.

It said deputies found a car engulfed in flames when they responded to a report of a collision. Two people found in the car were pronounced dead at the scene.

Images showed the burned-out wreckage of a red Porsche by the side of the road.

"It is with a truly heavy heart that we must confirm that Paul Walker passed away today in a tragic car accident while attending a charity event for his organisation Reach Out Worldwide," the statement on the actor's Facebook page said.

"He was a passenger in a friend's car, in which both lost their lives. We... are stunned and saddened beyond belief by this news.''

"Paul was truly one of the most beloved and respected members of our studio family for 14 years, and this loss is devastating to us, to everyone involved with the Fast & Furious films, and to countless fans.

"We send our deepest and most sincere condolences to Paul's family."

The first film of the franchise was released in 2001 and the seventh is in development.

Walker was one of the leading protagonists, along with Vin Diesel and Michelle Rodriguez.

Diesel said in a post on Instagram: "Brother I will miss you very much. I am absolutely speechless. Heaven has gained a new Angel. Rest in Peace."

This is a detail taken from http://en.wikipedia.org/wiki/Paul_Walker.

On November 30, 2013, at approximately 3:30 PM (PST), Walker and a friend, identified as Roger Rodas by organizers for Walker's charity, Reach Out Worldwide (for victims of Typhoon Haiyan), left one of its events. Shortly after leaving in Rodas' red Porsche Carrera GT, the driver lost control and crashed into a light pole and tree in Valencia, Santa Clarita, California and the vehicle burst into flames. The Los Angeles County Sheriff’s Department declared the two deceased at the scene. Coverage was first reported after Walker's publicist, Ame van Iden, confirmed early reports of his death. Rodas became friends with Walker after meeting at a race track. He became his financial adviser in 2007 and helped to establish Reach Out Worldwide. Rodas was the CEO of Always Evolving, a performance shop for high end vehicles owned by Walker, located in Valencia. The Los Angeles County Sheriff's Office stated that speed was a factor in the crash. Burned rubber and doughnut marks were found in figure 8 patterns on the road of the crash site, but it was not clear to officials if these were related to the crash.
----------------
http://www.bbc.co.uk/news/world-us-canada-25173331
http://images.askmen.com/galleries/men/paul-walker/pictures/paul-walker-picture-5.jpg
http://en.wikipedia.org/wiki/Paul_Walker
Posted by pratanacoffeetalk at 3:30 PM