MULTIVITAMINS HAVE NO HEALTH BENEFITS 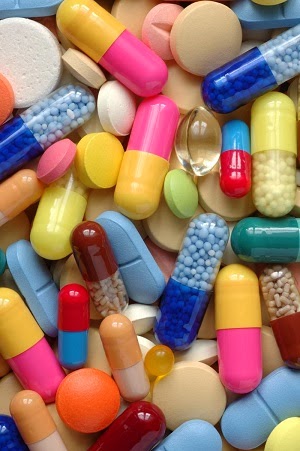 If you're one of those countless people who gulp down a packet of mulch-vitamins in the hopes that it will improve your health or stave off disease - you're wrong. Researchers are now saying that these multi-vitamins have no foreseeable positive consequence on overall health, Furthermore, they warn, adding vitamins to an already nutritious diet may have negative side effects.

"We believe that the case is closed -- supplementing the diet of well-nourished adults with (most) mineral or vitamin supplements has no clear benefit and might even be harmful." Such were the findings in an editorial published this week in the Annals of Internal Medicine. "These vitamins should not be used for chronic disease prevention. Enough is enough."

Consumers are being told not to waste their money on these supplements. "The 'stop wasting your money' means that perhaps you're spending money on things that won't protect you long term," editorial co-author Dr. Edgar Miller, a professor of medicine and epidemiology at Johns Hopkins Bloomberg School of Public Health in Baltimore says.

"What will protect you is if you spend the money on fruits, vegetables, nuts, beans, low fat dairy, things like that. Exercising would probably be a better use of the money."

The results were from three studies that tracked multivitamins link to cancer protection, heart health and brain and cognitive measures.

It's a pervasive practice here in the United States. It's estimated that vitamin and mineral supplements are taken by half of all Americans.

He first such review looked at vitamin supplementation's role in preventing chronic disease. That review found no evidence that vitamin and mineral supplementation would reduce heart disease in pill takers. The panel at that time concluded there was no solid evidence for or against taking vitamins and minerals alone, or that a multivitamin to prevent heart disease or cancer.

Even more sobering was the finding that taking beta-carotene or vitamin E may raise the risk for lung cancer for already at-risk individuals.

The second study looked at cognitive health and whether long-term use of multivitamins would have any effect. Based on the results of memory tests, the researchers found the multivitamin did nothing to slow cognitive decline among elderly men as compared to placebo takers.

"These data do not provide support for use of multivitamin supplements in the prevention of cognitive decline," wrote the authors.

The third study looked at multivitamins and minerals role in preventing another heart attack. The researchers found no difference in rates of another heart attack, chest pain, the need for hospitalization, cardiac catheterization, or rates of stroke and early death between vitamin-takers and placebo-takers.