HOW SILENCE CAN MAKE YOU POWERFUL AND CHARISMATIC 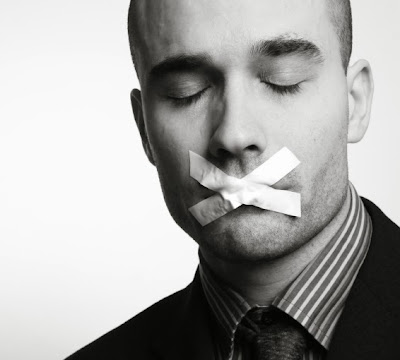 When I was a resident I was given the opportunity to participate in a series of seminars designed to improve my teaching skills. In one discussion group the discussion leader asked us a question to which no one had an immediate answer. So he waited. And waited. And waited. Finally, one of my colleagues offered an answer that happened to be incorrect but which then sparked a lively discussion we all found quite valuable.

After the seminar, I had a chance to talk with the discussion leader and remarked how unfazed he'd seemed by the silence that had greeted his question, which had seemed to stretch on for what I'd figured to be almost five minutes. He replied the silence had only lasted 30 seconds.

He nodded. "It always does. But if you as the teacher can become comfortable waiting, you can make very effective use of silence. Notice it got one of you to answer."

His answer got me thinking.

LEVERAGING SILENCE TO GET RESULTS

People abhor silence the way nature abhors a vacuum and rush to fill it with the same alacrity. Silence feeds our imaginations and provokes all types of anxious conjurations. If we're clever about it, however, we can leverage these negative reactions to create positive value.

With the caveat that power can always be abused, the effective use of silence can bestow many gifts, chief among them:


Prior to that conversation during my residency, I'd only thought about silence as something to be enjoyed in solitude and avoided in the presence of others. Now I think about it as a tool I can use to make myself more effective at my job and more understanding of others, and thereby more compassionate, wiser, and happier. Just think how the world would be different if we all spent more time listening. At the very least, it would be a whole lot quieter.