FEAR OF BEING SINGLE MAKES PEOPLE STAYS IN A BAD RELATIONSHIP 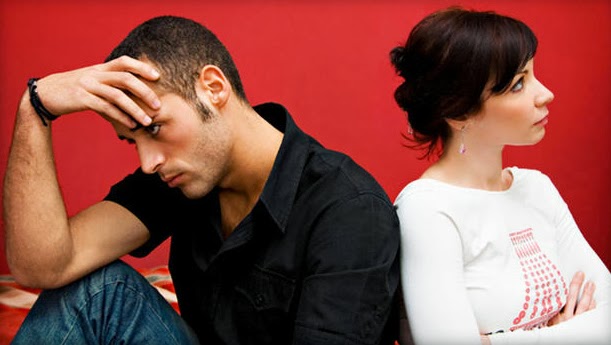 Is loneliness causing you to short-change your love life? A new study finds the fear of being single may be driving men and women to settle in their relationships.

"Loneliness is a painful experience for both men and women, so it's not surprising that the fear of being single seems not to discriminate on the basis of gender," study co-author, Geoff MacDonald, a professor at the University of Toronto's department of psychology, said in a press release.

Researchers asked a sample of adults of various ages from the U.S. and Canada -- including University of Toronto undergraduates -- about their thoughts on being single. They were asked to complete different surveys and tasks.

But, over 18 percent admitted they were scared about "spinsterhood" and being alone when they died. Another 6.6 percent of mostly younger responders said they were afraid of being lonely as they grew older.

In subsequent experiments and surveys, researchers discovered that both men and women were so scared to be single that they were willing to stay in unfulfilling relationships, and people who had fears of being alone were less likely to get out of a bad relationship.

They tested the participants' romantic interest in subjects who possessed varying levels of responsiveness and physical attractiveness. People who were apprehensive about being single picked less responsive and less attractive potential dates.

The above scenario was replicated in a speed-dating environment. Researchers saw fears about being single drove people to be “less selective” in showing who they were interested in.

However, the fear of being single did not affect people's self-reported standards of what they looked for in a mate, unless parenting factors were involved.

Lead author Stephanie Spielmann, a postdoctoral researcher in the University of Toronto's department of psychology, said in a press release that the study could explain why people are willing to stay in relationships even if they are unhappy, and are more willing to date people who they know are not good for them.

"Now we understand that people's anxieties about being single seem to play a key role in these types of unhealthy relationship behaviors,” she said.