DOES MUSIC HELP OUR MEMORY? 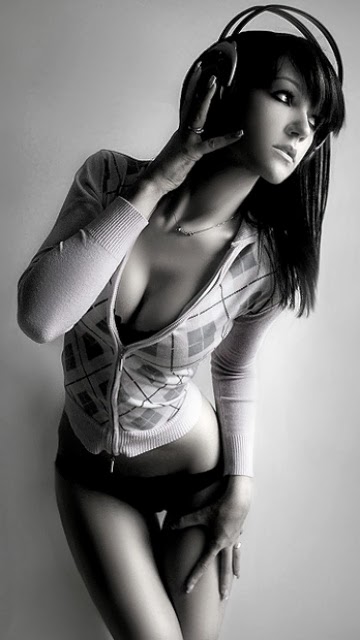 When I was in veterinary medical school, I could often be found lounging in the fraternity living room listening to jazz records. My classmates were stunned that I was wasting so much time, when most of them had to study while I seemingly had nothing to do. O.K., so maybe I graduated fifth in my class rather than first, but I was not nearly as stressed as my classmates.

My reason for sacrificing study time was that it bolstered my spirits. Veterinary medicine is a lot harder than most people think. Veterinarians learn the same anatomy, physiology, pharmacology, microbiology, and so on as physicians do. In some schools, human and veterinary medical students take many of the same basic science classes. Moreover, veterinary students have to learn about multiple species, learn more public health, and take a year’s worth of surgery.

But back to the music issue: some people, especially students, think that listening to music helps the memory. Historically, supporters of this practice have referred to this as the “Mozart effect.” Most students, of course, listen to pop music rather than Mozart. Students are notorious for listening to music while studying. Why isn’t music a distraction? I have written before about how extraneous stimuli can prevent memory consolidation, which in the case of studying, consumes cognitive resources and prevents the formation of memory that lasts long enough for the next examination.

Because so many students listen to music while studying, formal experiments were recently
reported on whether or not that is a good thing. These experiments, conducted in Finland, had a scientific rationale. Prior research had shown that listening to music that people considered pleasurable increased the release of dopamine in the brain, and dopamine is well known as a “feel good” neurotransmitter. Other research had also shown that dopamine promotes learning to approach rewards, while a deficiency of dopamine promotes learning of punishments.

Seventy three subjects, mean age of 27.1 years, listened to a battery of 14 songs and identifiedthree that they really liked and three that were emotionally neutral. One of each was selected for use in the study, in which subjects were grouped in four different listening patterns involving a positive (P) or neutral (N) song during study and the opposite kind of song during testing. Thus, there were four groups, NN, NP, PP, PN. Each group was formed to have an approximately equal number of musicians and non-musicians.

The learning involved memorizing 54 pairs of Japanese characters, in which one character was arbitrarily given a high reward value (a simple smiley face feedback display during training) and the other character a low reward value (frowning face feedback). In the test phase, pairs were shuffled and thus served as a measure of how well the original learning was generalized.

Results indicated that people with more musical experience learned better with neutral music but tested better with pleasurable music. The opposite was true for people without music training. My explanation is that pleasurable music is a distraction for a musically trained person who could be expected to pay more attention and devote more cognitive resources to pleasurable music’s inherent structure in the process of analyzing and realizing its pleasing quality. Neutral music is more easily ignored. A central tenet of learning is that any kind of distraction impairs formation of memory. The musically untrained people learned better with positive music, presumably because of the positive emotions it generated without the complication of analyzing it and thus interfering with memory formation. Clearly, the role of music listening in learning differs among individuals.

I looked at their song list and found no jazz–all of it was either concert-type music or pop songs.  That is a serious oversight, in my view. What the researchers may have missed is the possible positive effect of the unique rhythms and syncopation of jazz. I am reminded of a study I reported in my book, Memory Power 101, showing that chewing gum helps learning.

I am musically untrained, and maybe my listening to jazz improved my learning in vet school by creating positive emotions. A great deal of research has shown that positive emotions have an indirect enhancing effect on forming memories. Negative emotions impair memory. No solid neuroscience explanation exists, but it is no doubt highly relevant that the same brain structure, the hippocampus, mediates both emotions and memory formation.