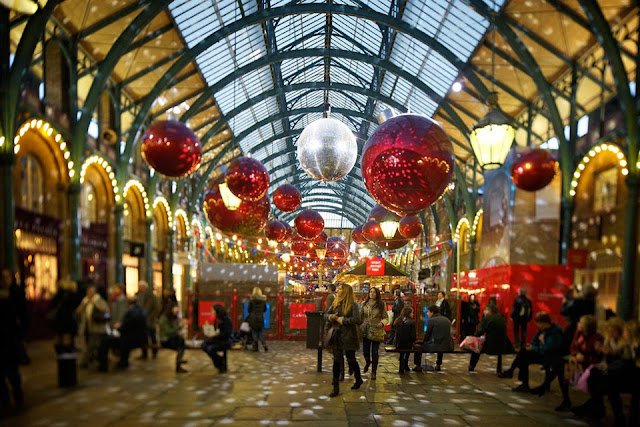 Nine in 10 Americans will celebrate Christmas this year, but a new poll shows that increasing numbers see the holiday as more tinsel than gospel truth.

This year more than ever, Americans prefer that stores and businesses welcome them with the more generic "Happy Holidays" or "Season's Greetings" than "Merry Christmas," according to a survey by the Public Religion Research Institute in partnership with Religion News Service.

And for one in four American adults (26%), Dec. 25 is simply a cultural holiday, not a religious holy day.

"The trend is in that direction, for sure," said Robert Jones, CEO of the institute. The percentage of people who say the Bible's Christmas story is historically accurate has fallen more than 17 percentage points since a 2004 survey reported by Newsweek.

Even so, almost half (49%) of those who do celebrate Christmas (including 80% of white evangelicals) believe that the Virgin birth is historically accurate, that shepherds really saw a star over Bethlehem and that three wise men truly visited baby Jesus in a manger.

Why the shift toward a more secular Christmas? One reason, Jones said, is that a decade ago, many more people identified as evangelicals, who (according to the poll) take the holiday most seriously. Today, they are 18% of Americans — outnumbered by the 20% who say they have no religious identity, Jones said.

The new survey finds that a preference for the "Merry Christmas" greeting — perhaps the most contested cultural turf in the so-called "War on Christmas" — is a marker of someone's religion, politics, and age:

• Nearly half of Americans (49%) say they choose a non-religious December greeting "out of respect for people of all faiths," up from 44% in a 2010 survey by the institute.

• Nearly two in three evangelicals (62%) prefer a "Merry Christmas" greeting, while most people with no religious identity (58%) like a non-religious greeting. Most other Christians are nearly evenly divided.

• 61% of Republicans said stores should not use "Happy Holidays," or "Season's Greetings" instead of "Merry Christmas;" just 37% of Democrats agreed.

• Selling to the under-30 crowd? Skip the religious greeting, 66% of young adults say. "They didn't grow up with a stigma attached to being unreligious," Jones said.

Even though 73% of adults say Christmas is either strongly or somewhat religious for them, among Americans overall:

• Most (79%) will watch Christmas movies such as It's a Wonderful Life, or A Christmas Story, but a smaller number (59%) expect to attend religious services on Christmas Eve or Christmas Day.

• People are equally likely (36%) to read the Christmas story from the Bible, as they are to read Twas the Night Before Christmas.

• Those who read the Christmas story from the Bible are twice as likely to be white evangelical Protestants (68%) and minority Protestants (57%) than other Christians. Fewer than one in three white main-line Protestants (27%) or Catholics (28%) say they do so.

• Just four in 10 adults says the biblical Christmas narrative is a "theological story to affirm faith in Jesus Christ."

• Most adults are about as religious about Christmas as their families were in their childhood: 70% celebrated it then as a strongly or somewhat religious day, but 26% had a cultural celebration.

Evangelicals are the exception, again, Jones said. While 97% say their celebrations today are primarily religious, 87% say it was so in their childhood. They also say they expect to spend more this holiday than any other group that celebrates Christmas.

Evangelicals "take the holiday more seriously than others," both religiously and materially, Jones said.

The institute found the overall average amount people say they would spend was $914. The thrifty (12% say they'll spend under $100) are balanced by the extravagant (10% expect to spend more than $2,000). However, 26% of the top spenders are white evangelical Protestants, higher than their share of the U.S. population.

Jones also pointed out that the biggest spenders are also the most generous with time and funds for the less fortunate. Among the 77% of Americans who say they will give to charity or volunteer during the Christmas holiday season, that includes nearly all (93%) of the $2,000-and-over spenders. Most of those who plan to spend the least this month — budgeting $100 or less — also look to others' welfare. Nearly two-thirds of the thrifty (61%) will give to charity or volunteer.