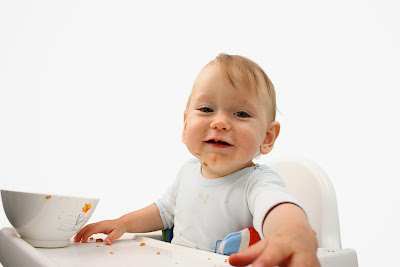 Every year, about 9,400 young children in the U.S. are injured falling off high chairs, a new study finds. Doctors warn that despite the chairs' perceived safety, children in high chairs can be harmed if a chair is not used properly.

The study also showed that the rate of such injuries increased by 22 percent over the study period, from 2003 through 2010.

Head injuries were the most common type of injury associated with high chairs, followed by bumps or bruises and cuts, according to the study. The researchers looked at children ages 3 and younger who were treated in U.S. emergency departments, and the results are published today (Dec. 9) in the journal Clinical Pediatrics.

"Maybe even more concerning, the rate of head injuries has increased by almost 90 percent between 2003 and 2010, and I think it begs the question, what's going on?" said study researcher Dr. Gary Smith, director of the Center for Injury Research and Policy at Nationwide Children’s Hospital in Columbus, Ohio. [9 Weird Ways Kids Can Get Hurt]

Nearly all injuries associated with high chairs or booster seats involved falls. Most children fell as they were climbing or standing on the chair, suggesting that the chair’s safety restraint system was either not being used, or faulty, the researchers said.

"We know that over the recent years, millions of chairs have been recalled in the U.S. because of not meeting safety standards. But usually, a very low percentage of recalled products are actually returned," Smith told LiveScience. Parents should check the website of the federal government's Consumer Product Safety Commission for product recalls, he said. [Video: High Chairs Can Pose Danger to Young Kids]

Another reason for the increase seen in the study could be that more parents are taking their children to the hospital if a head injury occurs, Smith said.

"There has been an increased awareness about the importance of minor head injury and concussion in the news. It is primarily related to sports, but it has also become on the radar for clinicians and parents," Smith said.

Children injured while using traditional chairs were more likely to sustain broken bones, cuts and bruises, compared with children who got hurt using high chairs, which have restraining systems.