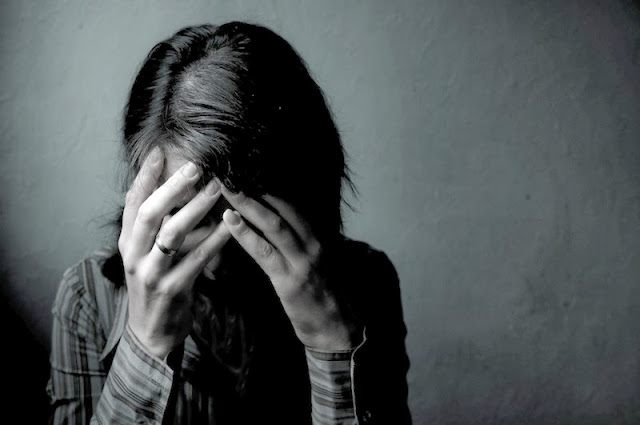 People suffering from depression may be aging faster than other people, according to a new study from the Netherlands.

In the study of about 1,900 people who had major depressive disorders at some point during their lives, along with 500 people who had not had depression, researchers measured the length of cell structures called telomeres, which are "caps" at the end of chromosomes that protect the DNA during cell division. Normally, telomeres shorten slightly each time cells divide, and their length is thought to be an index of a cell's aging.

The severity of a person's depression, as well as a longer duration of symptoms were linked with shorter telomere length, and the results held after controlling for weight, smoking, drinking and several other factors that may contribute to aging, according to the study published today (Nov. 12) in the journal Molecular Psychiatry.

"Psychological distress, as experienced by depressed persons, has a large, detrimental impact on the 'wear and tear' of a person's body, resulting in accelerated biological aging," said study author Josine Verhoeven, a researcher at the Free University in Amsterdam.

"The findings might help explain the variety of health complaints often experienced by people with major depression," Verhoeven said. [8 Tips for Healthy Aging]

Studies have shown that people with depression are at increased risk for diseases that tend to come with aging — for example, dementia, cancer and type 2 diabetes — even when health and lifestyle factors are taken into account. This has raised the question whether depression accelerates aging.

The length of telomeres is measured in terms of their number of DNA building blocks, called base pairs (bp). In the study, the telomeres in healthy people were about 5,540 bp long on average, whereas people with depression had telomeres about 5,460 bp long.

The study participants ranged in age from 18 to 65. In line with previous studies, the researchers found that with each year of age, telomeres shortened by 14 bp, on average.

The researchers showed an association, but not a cause-and-effect relationship between depression and shorter telomeres. It is possible that some other factor, such as a genetic vulnerability, underlies both, the researchers said.

It is also possible that telomere shortening is a consequence of impairment in the body's stress system.

"An important question remains whether this aging process can be reversed," the researchers said in their study. An enzyme called telomerase elongates telomeres by adding nucleotides to the end of chromosomes, and its possible that lifestyle changes could increase the activity of telomerase, thereby lengthening telomeres, Verhoeven said.

"A healthy lifestyle, such as enough physical exercise, not smoking and a healthy diet, might be of even greater importance in depressed individuals than it is in the non-depressed," she said.