WISDOM IS ACTION, NOT UNDERSTANDING 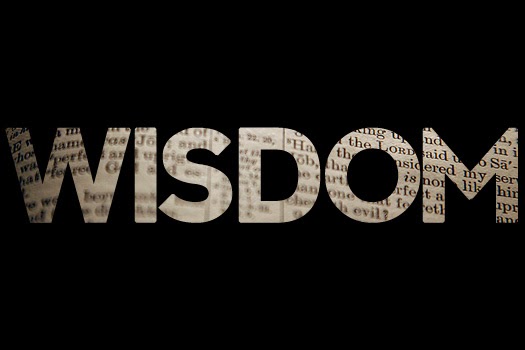 What, exactly, is wisdom, and where does it come from? As to the first question, I would argue this: wisdom is a belief that's not only true but that in the fact of our believing it leads us to feel and act in such a way that makes us suffer less or feel joy more. A common misconception is that wisdom is contained in words. But an exchange I witnessed years ago between a counselor, Darren, and a group of patients illustrates how wisdom really exists only in action:

“Does anybody here smoke?” Darren asked the group.

“Anyone else?” Darren asked.

The rest shook their heads.

“Who here thinks they understand that smoking is bad for you?” Darren asked.

Seven hands rose in response. Harry and Rachel looked at one another, smiling sheepishly, then raised their hands as well.

“Scott,” Darren said, “can you tell us why smoking is bad for you?” Scott was a psychology intern leading the group with Darren.

“Yellow fingers. Dirty teeth,” Rachel added. “It’s like kissing an ashtray. I wish I could quit.”

“Have you ever smoked, Scott?” Darren asked him.

“Have you ever been curious to try it?”

“Why not?” Darren asked.

“Smoking is bad for you,” he said. He seemed puzzled by Darren's line of questioning.

“Harry, do you understand that smoking is bad for you?” Darren asked.

“So what’s the difference between you, who smokes, and Scott, who doesn’t?”

“Really?” Darren said. “Which one of his points about the effects of smoking was unclear to you?”

“No, I understand all that stuff.”

“Then how do you mean he's smarter?” Darren asked.

“I don’t know,” Harry said. “I guess he's smarter because he doesn’t smoke.”

“Ah. Yes," Darren agreed. "That’s exactly right. He doesn’t smoke. It's not that he's smarter than you, Harry. You both understand the same facts. He just understands them in a way you don’t.”

“What way is that?” Rachel asked.

“He doesn't just know intellectually that smoking is bad for him," Darren said. "He believes it.”

“True understanding,” Darren said, “isn’t just knowledge grasped intellectually. True understanding is belief. If you really believed that you should stop smoking, you would. No matter how addicted to nicotine you may be. The person who deeply believes he shouldn’t smoke does not smoke. Not smoking is his understanding.”

But why are only some of us able to believe we should stop smoking, or using drugs, or gambling, or lying—or start exercising, or studying harder, or dating a different type of person—while others continue to act in a way that causes them to suffer? Where, ultimately, does wisdom come from and why do some seem to have easy access to it but not others?

I would suggest that wisdom lives in the same place all ideas do: beneath our conscious awareness. Consider: have you ever struggled with a problem whose solution you couldn't find no matter how hard you searched for it, until the very moment you stopped trying, perhaps busying yourself with something entirely unrelated to your problem, and then suddenly seemingly out of the ether a solution popped into your head? And not just a solution but the solution: a solution that was so superior to the possibilities you'd been considering up to that point that you were stunned you hadn't thought of it before while simultaneously mystified that you thought about it at all?

Where, in fact, do any of our thoughts come from? We all experience ourselves as the creator of our thoughts—after all, if not us then who?—but a few moments of careful examination of the contents of consciousness suggests that this feeling is an illusion. Though each thought we have arises in a way that makes us feel as if we originate it, our conscious minds are more observers of our thoughts than originators of them. All thoughts have triggers, whether a song, a book, or simply the thought that immediately preceded it. But as to why something triggers a particular thought? We really have no idea. But it's certainly not our conscious selves doing the triggering.

On the other hand, thoughts don't seem to trigger subsequent thoughts randomly. There usually exists a sense of cohesiveness between one thought and the next, a coherent and logical progression—especially when we're trying to solve a problem—that delineates real progress toward conclusions and solutions. Just which thoughts our thoughts trigger next seems to depend, at least partially, on the fact that we're putting our thoughts together in the first place for a specific purpose. That is, when we're trying to solve a problem, the succession of thoughts that lead us to solutions build in a way that makes each one seem indispensable to the next. Take away even one of them and we don't get to the solution; we get stuck. Yet if our conscious minds aren't generating this thoughts, how are they being ordered in a way that leads us to the answers we seek? And if not generating these thoughts, what exactly are our conscious minds doing?


Alex Lickerman, M.D., is the author of The Undefeated Mind: On the Science of Constructing an Indestructible Self. He's a general internist, former director of primary care and current assistant vice president for Student Health and Counseling Services at the University of Chicago.  He's also been a practicing Buddhist since 1989.

He's had extensive experience treating the "sickest of the sick" as well as teaching medical trainees to do the same. His goals as a physician are to be scientifically rigorous, to avoid the pitfalls of common thought errors, and to treat his patients in the most compassionate manner possible.

After seven years of running the Primary Care Group of an internationally renowned academic medical center, he's learned how to ensure not only the delivery of unparalleled medical care but unparalleled customer service.  Whether presenting in front of medical trainees and professionals or posting on his blog, his goal is to encourage people to explore happiness from a scientific point of view and help them think about life, spirituality, and themselves in ways they never have before. In doing so, he aims to help people from all walks of life to become happier.

Dr. Lickerman has been quoted in Crain's Chicago Business, The Chicago Tribune, Men's Health, and TIME.  He's also written a television pilot that was optioned by DreamWorks Television and several movie screenplays including an adaptation of Milton's Paradise Lost. His first book The Undefeated Mind: On the Science of Constructing an Indestructible Self will be published on November 6th.
------------------------
http://www.psychologytoday.com/blog/happiness-in-world/201310/where-does-wisdom-come
http://bustedhalo.com/wp/wp-content/uploads/2012/09/wisdom-large-3.jpg
Posted by pratanacoffeetalk at 1:40 PM