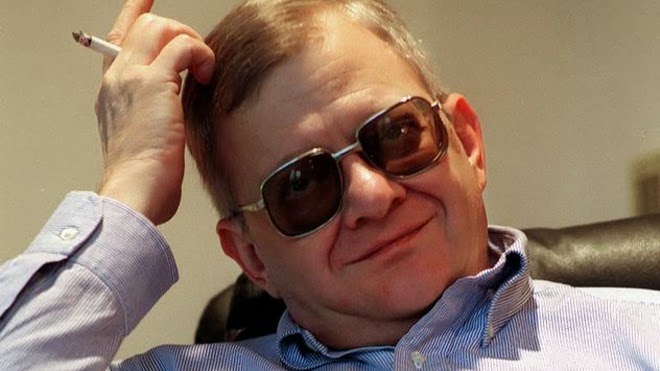 Tom Clancy, the best-selling author of dozens of thrillers, including a famed series starring Jack Ryan, died Tuesday in Baltimore, his publisher, Putnam, has confirmed. He was 66.

Born in Baltimore, Clancy was an insurance salesman before he went on to write blockbuster espionage books, including The Hunt for Red October, Patriot Games and Clear and Present Danger.

A new Jack Ryan novel -- Command Authority, co-written with Mark Greaney – is due from Putnam on Dec. 3.

"Tom's novels have always been prescient, whether they were about technology or military tactics or geo-political maneuvering," his editor, Tom Colgan, told USA TODAY in 2011 after the release of Against All Enemies

Penguin Group (USA)'s executive David Shanks said in a statement: "I'm deeply saddened by Tom's passing. He was a consummate author, creating the modern-day thriller, and was one of the most visionary storytellers of our time. I will miss him dearly and he will be missed by tens of millions of readers worldwide."

Ivan Held, president and publisher of Putnam, said in a statement: "It was an honor to know Tom Clancy and to work on his fantastic books. He was ahead of the news curve and sometimes frighteningly prescient. To publish a Tom Clancy book was a thrill every time. He will be missed by everyone at Putnam and Berkley, and by his fans all over the world."

In 1994, Clancy published Debt of Honor, a novel that ends with a rogue pilot crashing a 747 into the Capitol as the president addresses a joint session of Congress.

But in a 2002 interview with USA TODAY, Clancy said that he never could have imagined the events of 9/11: "I never saw it coming. . . . I couldn't stretch my brain that far."

He added that he could imagine one suicidal pilot, but "not suicide as a team effort."

He said he was no expert on terrorism: "I'm just an observer," he said. "The real experts are the guys in green suits carrying a gun."

In that 2002 interview, Clancy, who was often critical of the news media, said the Pentagon erred by not allowing "knowledgeable and reputable reporters — if there are any" — to accompany U.S. combat forces in Afghanistan.

In one firefight, "the A-Team took out 1,800 bad guys," he said. "Wouldn't that be interesting to see on the NBC Nightly News? . . . The average citizen should see how good a job our forces are doing."

On Wednesday, novelist Pat Conroy called The Hunt for Red October, Clancy's debut novel (1984), "one of the great page turners of our time," adding that Clancy "was my father's favorite novelist, maybe the only novelist we ever discussed."

Donald Conroy, a Marine Corps fighter pilot who served as the model for the abusive father in his son's 1976 novel, The Great Santini, "loved how Clancy got into all the military intricacies."

"I'd say, 'Dad, I don't think Tom was actually in the military.'
"And he'd say, 'Yeah, but he cares about the military and about getting all the details right, unlike my son.' "

Clancy and his first wife, Wanda, married in 1969, and divorced in 1999. He went on to marry freelance journalist Alexandra Marie Llewellyn, whom he had met in 1997.

Posted by pratanacoffeetalk at 12:10 AM