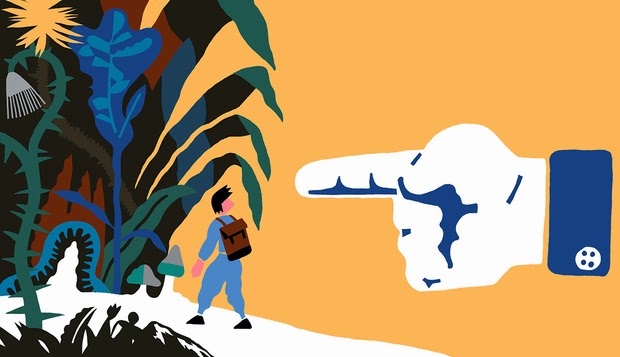 When Facebook Inc. recently lifted its restriction on public posts by teenagers, some privacy scholars applauded the move as a win for parents -- offering them a chance to teach their children about digital accountability. They may be overstating the case, however. If information and communication technologies aren’t designed to help users -- especially younger ones -- guard their information, appeals to good judgment and discipline won’t go very far.

To understand the dynamics of Internet privacy, parents need to appreciate what Facebook had previously done to shield its young users. Before the most recent change, the social-media site did a decent job of protecting privacy through obscurity, especially for teenagers. Under its former policy, younger users could communicate only within their extended network. Their biggest privacy concern was whether one of their “friends” or a “friend of friend” would release their information to an unintended audience.

Now that Facebook (FB) has changed its policy, teens have access to a broader, more public audience. Even if today’s children are more Internet-savvy than their parents, they still need to be taught to avoid oversharing, and parents are placed in the unenviable position of guiding teens without seeming too controlling.

Data Sweep
Technological advances have made it easier to analyze large data sets and identify patterns, and this makes Facebook especially dangerous when filled with accessible, “public” information. Facebook is designed to collect and hoard massive amounts of personal data, and its search engine, Graph, allows users to filter through a trove of information, including “status updates, photo captions, check-ins and comments.” Of course, other social-media services can be a liability, too. Public Twitter posts can be easily found on Google, stored in easily searchable databases and archived by preservationist sites.

Searchability can become a serious hazard if it reveals the controversial or embarrassing views, relationships and experiences many of us had as teenagers. These seem harmless when stored in our own memories but could be toxic if publicized -- as our most humiliating or damaging moments become just a click away.

The more public teenagers’ disclosures become, the easier it will be for unintended parties to find them. The Web is teeming with creeps, snoops, bullies and curious bloggers -- never mind potential employers -- who could have access to our children’s darkest moments, and perhaps even make them go viral. Consider “name and shame” blogs such as “Hello There, Racists!” These websites aggregate offensive, regrettable and embarrassing posts, many of which were written by younger users. The kids whose worst moments are featured should have shown better judgment, but the attention from such unwanted publicity can be catastrophic.

Thankfully, the default setting for teen accounts on Facebook still restricts information to make it sharable only with friends. However, the new policy also allows teenage users to change the setting, warning those who do about basic problems that can arise from posting publicly. This is a helpful nudge -- in principle. But convincing teenagers to act in their best interest is often a losing battle.

There is ample evidence that people of all ages often fail to grasp the consequences of sharing information about their lives publicly. Cognitive biases -- that is, tendencies to reach irrational judgments -- are a fundamental part of the mind’s landscape, and teens are especially vulnerable to them. Hence, teens who don’t appreciate the negative short- and long-term outcomes of public posts will be resistant to protective nudges. And once a social-media platform such as Facebook allows teenagers to share far and wide -- and perhaps a chance at Internet fame -- a pop-up warning won’t do much to dissuade them.

Teens’ Judgment
Perhaps the most important reason Facebook shouldn’t have introduced this change is that teens need opportunities to fail safely. They must be allowed to experiment -- to make mistakes and to learn from them. As parents, our job is to encourage them to explore ideas, experiences and even personas. Responsible companies will do their part by offering teens technologies that enhance personal development and strive for minimal risk.

Facebook now presents parents, teachers and teens with a heightened challenge of taming a technological tool that often encourages recklessness. While social media can be personally empowering, it also gives others increasing control over our lives -- including powerful companies and advertisers who often seem a step ahead of our ability to defend against them. Growing up online is complicated enough without the medium working against you.

(Evan Selinger is an associate professor of philosophy at Rochester Institute of Technology and a fellow at the Institute for Ethics and Emerging Technology. Woodrow Hartzog is an assistant professor at Samford University’s Cumberland School of Law and affiliate scholar at the Center for Internet and Society at Stanford Law School.)
--------------------------
http://www.bloomberg.com/news/2013-10-24/why-is-facebook-putting-teens-at-risk-.html
Posted by pratanacoffeetalk at 9:12 AM