THE CASE OF THE LOST PURSE 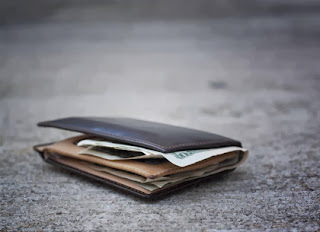 Once a village money lender lost his purse. He announced a reward of a hundred rupees to the person who found it and returned it to him. A poor farmer found it. It contained one thousand rupees. The farmer was poor and needy but, at the same time, he was an honest man. He went to the money lender and returned the purse to him.

The money lender opened the purse and counted the money in it. It was one thousand rupees. Then he said to the farmer, “You are a smart fellow. You have taken your reward beforehand.”

The farmer angrily asked, “What do you mean?”

The money lender said, “I mean what I say. The purse contained eleven hundred rupees. But now there are one thousand rupees in it. This means that you have already taken the reward money from the purse.”

The farmer said, “I have not taken any money from the purse. Let us go to the Sarpanch and settle the matter.”

So they went to the Sarpanch. The Sarpanch heard both the parties. He felt sure that the money lender was dishonest.

He asked the money lender, “Are you sure that your purse contained eleven hundred rupees?”

The Sarpanch said, “Then this purse is not yours.”