DANCING IS GOOD FOR OUR BRAIN 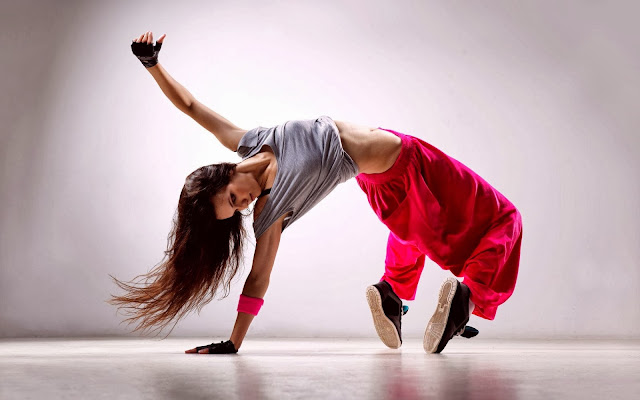 Dancing improves brain function on a variety of levels. Two recent studies show how different types of practice allow dancers to achieve peak performance by blending cerebral and cognitive thought processes with muscle memory and ‘proprioception’ held in the cerebellum. Through regular aerobic training that incorporates some type of dance at least once a week anyone can maximize his or her brain function.

When was the last time you went out dancing? I make a habit of going to my local dance club called the Atlantic House at least once a week. I have been dancing to DJ David LaSalle’s music in the same spot in front of a huge speaker since 1988. Some of my friends make fun of me for ‘chasing butterflies’ and acting like a fool on the dance floor. I don’t care. I know that dancing and spontaneously trying to spin like Michael Jackson is good for my brain.

While researching this blog, I pulled up some old footage of Michael Jackson spinning. He was an incredible dancer. Please take a minute to watch Michael Jackson dance here. In this video you can see how practicing a dance move like ‘spinning’ from childhood reshapes the cerebellum (down brain) and allows a dancer to create superfluidity and not get dizzy while rotating quickly.

Professional dancers don’t get dizzy. Why?

Do you feel dizzy sometimes when you stand up? Does a fear of falling prevent you from exploring the world more? If you are prone to dizziness, a new study has found that dancing may help improve your balance and make you less dizzy. In September 2013, researchers from Imperial College London reported on specific differences in the brain structure of ballet dancers that may help them avoid feeling dizzy when they perform pirouettes. You don't have to train to become a professional ballet dancer to benefit from some type of dancing.

The article is titled, “The Neuroanatomical Correlates of Training-Related Perceptuo-Reflex Uncoupling in Dancers.” The research suggests that years of training can enable dancers to suppress signals from the balance organs in the inner ear linked to the cerebellum. The findings, published in the journal Cerebral Cortex, could help to improve treatment for patients with chronic dizziness. Around one in four people experience this condition at some time in their lives.

In a previous Psychology Today blog titled “Fear of Falling Creates a Downward Spiral” I talk about the risk of Traumatic Brain Injury (TBI) due to a fear of falling and impaired balance. Taking time throughout your life to improve the function of your cerebellum through aerobic activity and some type of dance is a fun and effective way to avoid the perils of dizziness.

For this study the researchers at Imperial College London recruited 29 female ballet dancers and, as a comparison group, 20 female rowers whose age and fitness levels matched the dancers. Interestingly, most rhythmic aerobic exercise is going to be a bi-pedal motion or very linear—like rowing. It is interesting to note the benefits to proprioception and balance based in the cerebellum that is enhanced through dance.

The study volunteers were spun around in a chair in a dark room. They were asked to turn a handle in time with how quickly they felt like they were still spinning after they had stopped. The researchers also measured eye reflexes triggered by input from the vestibular organs. Later, they examined the participants' brain structure with MRI scans.

Normally, the feeling of dizziness stems from the vestibular organs in the inner ear. These fluid-filled chambers sense rotation of the head through tiny hairs that sense the fluid moving. After turning around rapidly, the fluid continues to move, which can make you feel like you're still spinning.

In dancers, both the eye reflexes and their perception of spinning lasted a shorter time than in the rowers. Sensory input evokes low-order reflexes of the cerebellum and higher-order perceptual responses of the cerebrum. Vestibular stimulation elicits vestibular-ocular reflex (VOR) and self-motion perception (e.g., vertigo) whose response durations are normally equal.

I have a section in my book, The Athlete’s Way, which explores the connection to VOR and muscle memory during REM sleep that I will write about more in a future blog. On Page 54 I say, “It became clear to me that creating a dreamlike default state of flow through sport is linked to VOR, too. It is really like REM in reverse. This is my original hypothesis. My father thinks it makes sense, but other scientists have yet to explore this theory.” The new research from London this month offers exciting new connections to VOR and peak performance.

Dr. Barry Seemungal, from the Department of Medicine at Imperial, said: "Dizziness, which is the feeling that we are moving when in fact we are still, is a common problem. I see a lot of patients who have suffered from dizziness for a long time. Ballet dancers seem to be able to train themselves not to get dizzy, so we wondered whether we could use the same principles to help our patients."

The brain scans revealed differences between the groups in two parts of the brain: an area in the cerebellum where sensory input from the vestibular organs is processed and in the cerebral cortex, which is responsible for the perception of dizziness.

"It's not useful for a ballet dancer to feel dizzy or off balance. Their brains adapt over years of training to suppress that input. Consequently, the signal going to the brain areas responsible for perception of dizziness in the cerebral cortex is reduced, making dancers resistant to feeling dizzy. If we can target that same brain area or monitor it in patients with chronic dizziness, we can begin to understand how to treat them better."

"This shows that the sensation of spinning is separate from the reflexes that make your eyes move back and forth," Dr. Seemungal said. "In many clinics, it's common to only measure the reflexes, meaning that when these tests come back normal the patient is told that there is nothing wrong. But that's only half the story. You need to look at tests that assess both reflex and sensation." In summary, dancers display vestibular perceptuo-reflex dissociation with the neuronatomical correlate localized to the vestibular cerebellum.

A July 2013 article titled, “The Cognitive Benefits of Movement Reduction: Evidence From Dance Marking” found that dancers can improve the ability to do complex moves by walking through them slowly and encoding the movement with a cue through ‘marking’. Researcher Edward Warburton, a former professional ballet dancer, and colleagues were interested in exploring the "thinking behind the doing of dance."
The findings, published in Psychological Science, a journal of the Association for Psychological Science, suggest that marking may alleviate the conflict between the cognitive and physical aspects of dance practice — allowing dancers to memorize and repeat steps more fluidly. This creates what I call “superfluidity," which is the highest tier of ‘flow.’

Expert ballet dancers seem to glide effortlessly across the stage, but learning the steps is both physically and mentally demanding. New research suggests that dance marking—loosely practicing a routine by "going through the motions"—may improve the quality of dance performance by reducing the mental strain needed to perfect the movements.

"It is widely assumed that the purpose of marking is to conserve energy," explains Warburton, professor of dance at the University of California, Santa Cruz. "But elite-level dance is not only physically demanding, it's cognitively demanding as well. Learning and rehearsing a dance piece requires concentration on many aspects of the desired performance." Marking essentially involves a run-through of the dance routine, but with a focus on the routine itself, rather than making the perfect movements.

"When marking, the dancer often does not leave the floor, and may even substitute hand gestures for movements," Warburton explains. "One common example is using a finger rotation to represent a turn while not actually turning the whole body."

To investigate how marking influences performance, the researchers asked a group of talented dance students to learn two routines: they were asked to practice one routine at performance speed and to practice the other one by marking. Across many of the different techniques and steps, the dancers were judged more highly on the routine that they had practiced with marking—their movements on the marked routine appeared to be more seamless, their sequences more fluid.

The researchers conclude that practicing at performance speed didn't allow the dancers to memorize and consolidate the steps as a sequence, thus encumbering their performance. This type of visualization and marking could be used to maximize performance across many fields and areas of life.

"By reducing the demands on complex control of the body, marking may reduce the multi-layered cognitive load used when learning choreography," Warburton explains. "Marking could be strategically used by teachers and choreographers to enhance memory and integration of multiple aspects of a piece precisely at those times when dancers are working to master the most demanding material," says Warburton.

It's unclear whether these performance improvements would be seen for other types of dance, Warburton cautions, but it is possible that this area of research could extend to other kinds of activities, perhaps even language acquisition. He said, "Smaller scale movement systems with low energetic costs such as speech, sign language, and gestures may likewise accrue cognitive benefits, as might be the case in learning new multisyllabic vocabulary or working on one's accent in a foreign language."


Christopher Bergland is a world-class endurance athlete, coach, author, and political activist. He has a Guinness World Record for running (153.76-miles in 24 hours on a treadmill) and is the three-time champion of the Triple Ironman, which is a 7.2-mile swim, 336-mile bike, followed by a 78.6-mile run done consecutively. He completed the Triple Ironman–which is the longest non-stop triathlon in the world–in a record-breaking time of 38 hours and 46 minutes.
---------------------
http://www.psychologytoday.com/blog/the-athletes-way/201310/why-is-dancing-so-good-your-brain?tr=MostViewed
Posted by pratanacoffeetalk at 6:30 AM