SUBWAY AND MY DAD 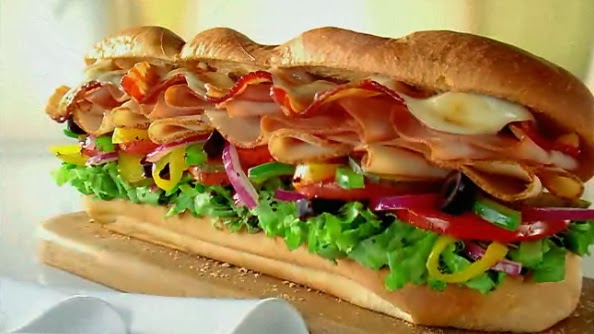 Some lady went into Subway to order a sandwich. She didn't look like she was the best off. She had five small children with her, none of which even had shoes. She only wanted a $5.00 12-inch sandwich to split between herself and the children. Seeing that
that was all she could afford, my dad stepped in. He told her, and all of the kids to get whatever the wanted along with chips, and drinks. She got teary eyed and didn't know what to say. She thanked him with the warmest smile I had ever seen. I was so proud of my dad. After they had left I told him how awesome that was, and he told me not to talk about it, because he didn't do it for a thank you, or recognition. He did it because it was the right thing to do.
---------------
http://www.sunnyskyz.com/feel-good-story/243/Subway
Posted by pratanacoffeetalk at 8:42 AM