BLACKBERRY FIXES THE PROBLEM IN BBM FOR IPHONE AND ANDROID 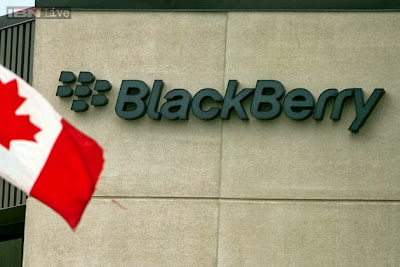 BlackBerry says its "teams are working non-stop" to fix the botched BlackBerry Messenger (BBM) for Android and iPhone launch that was scheduled last weekend. "We will provide you an update on timing as soon as we can," says the latest tweet on the official BBM Twitter account (@BBM). The much-awaited global rollout of BlackBerry's BlackBerry Messenger (BBM) app for Android and iPhone was stopped by BlackBerry citing technical issues. While the BBM for iPhone rollout began on schedule on Sunday from New
Zealand and also being available to Indian users the Android app's availability kept on getting delayed. BBM for Android was scheduled to arrive on the Google Play Store at 4:30 PM IST (7 AM EDT) on Saturday. After more than 12 hours of BBM for Android's scheduled availability time, Inside BlackBerry, the official BlackBerry blog, put the blame for the delay on "an unreleased version of the BBM for Android app" that was posted online. According to BlackBerry, "more than 1.1 million active users in the first 8 hours without even launching the official Android app."

BlackBerry says it was the user eagerness in getting BBM on their non-BlackBerry phones that led to some issues. "Consequently, this unreleased version caused issues, which we have attempted to address throughout the day," the post by BlackBerry's Business Social Media Manager Luke Reimer said. As a result the unreleased Android app will be disabled and BlackBerry has stopped, for now, the global roll-out of BBM for Android and iPhone. Those who have downloaded the BBM for iPhone from the Apple App Store, will however be able to continue to use BBM. For now, the BBM for Android and iPhone has been put on hold until further notice but no new availability date and time has yet been provided. "These issues have not impacted BBM service for BlackBerry," BlackBerry assures. The BBM launch debacle is only the latest in the long list of recent BlackBerry woes. The Waterloo, Ontario-based BlackBerry, once Canada's premier technology company, said it expects to book a $930 million to $960 million writedown in its fiscal second quarter owing to a ballooning stockpile of unsold BlackBerry Z10 devices. BlackBerry had bet much of its future on the popularity of the Z10 touchscreen device - the first of the smartphones to be powered by its new BlackBerry 10 operating system. While the device drew favorable reviews, it has failed to gain traction among consumers since its introduction earlier this year. For the second quarter, the company expects to have sold about 3.7 million BlackBerry smartphones to end users. The company, which had warned that job cuts were in the offing, plans to shed 4,500 jobs. BlackBerry has already undergone a major round of job cuts over the last 12 months. It employed 12,700 people as of March, and once had close to 20,000 employees. BlackBerry is also considering putting itself up for sale. The BlackBerry board has formed a special committee to explore "strategic alternatives" in hopes of enhancing the company's value and boosting adoption of its BlackBerry 10 platform. The company said its options could also include joint ventures, partnerships, or other moves. The BlackBerry, pioneered in 1999, had been the dominant smartphone for on-the-go business people and other consumers before Apple debuted the iPhone in 2007 and showed that phones can handle much more than email and phone calls. In the years since, BlackBerry has since been hammered by competition from the iPhone as well as Android-based rivals.
--------------------
http://ibnlive.in.com/news/blackberry-working-nonstop-to-fix-bbm-for-android-iphone-rollout-issues/423936-11.html
Posted by pratanacoffeetalk at 12:29 PM