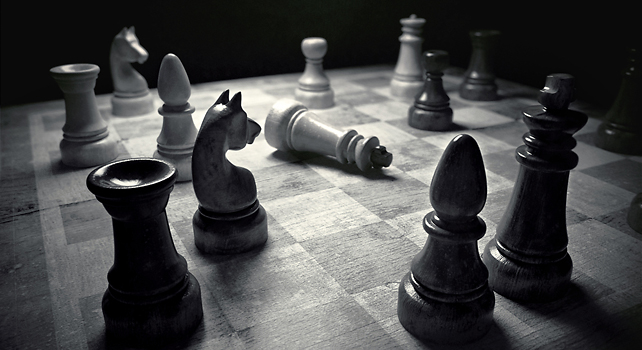 Shifts in climate are strongly linked to increases in violence around the world, a study suggests.

US scientists found that even small changes in temperature or rainfall correlated with a rise in assaults, rapes and murders, as well as group conflicts and war.

The team says with the current projected levels of climate change, the world is likely to become a more violent place.

The study is published in Science.

Marshall Burke, from the University of California, Berkeley, said: "This is a relationship we observe across time and across all major continents around the world. The relationship we find between these climate variables and conflict outcomes are often very large."

The researchers looked at 60 studies from around the world, with data spanning hundreds of years.

They report a "substantial" correlation between climate and conflict.

Their examples include an increase in domestic violence in India during recent droughts, and a spike in assaults, rapes and murders during heatwaves in the US.

The report also suggests rising temperatures correlated with larger conflicts, including ethnic clashes in Europe and civil wars in Africa.

Mr Burke said: "We want to be careful, you don't want to attribute any single event to climate in particular, but there are some really interesting results."

The researchers say they are now trying to understand why this causal relationship exists.

"There is lots of evidence that changes in economic conditions affect people's decisions about whether or not to join a rebellion, for example."

But he said there could also be a physiological basis, because some studies suggest that heat causes people to be prone to aggression.

"It is a major priority for future research to distinguish between what is going on in each particular situation."

The scientists say that with the current projected levels of climate change the world is likely to become a more violent place.

They estimate that a 2C (3.6F) rise in global temperature could see personal crimes increase by about 15%, and group conflicts rise by more than 50% in some regions.

Commenting on the research, Dr Stephan Harrison from the University of Exeter said it was a "timely study".

"What they have found is entirely plausible... For example, we already know that hotter and drier weather causes an increase in urban violence. Likewise, during cooler and wetter weather people tend to stay indoors, and the threat diminishes."

However, other researchers have questioned whether climate breeds conflict.

Work published in the Proceedings of the National Academy of Sciences suggested that this environmental factor was not to blame for civil war in Africa.

Instead, Dr Halvard Buhaug, from the Peace Research Institute Oslo, Norway, concluded that the conflict was linked to other factors such as high infant mortality, proximity to international borders and high local population density.

Commenting on the latest research, he said: "I disagree with the sweeping conclusion (the authors) draw and believe that their strong statement about a general causal link between climate and conflict is unwarranted by the empirical analysis that they provide.

"I was surprised to see not a single reference to a real-world conflict that plausibly would not have occurred in the absence of observed climatic extremes. If the authors wish to claim a strong causal link, providing some form of case validation is critical."