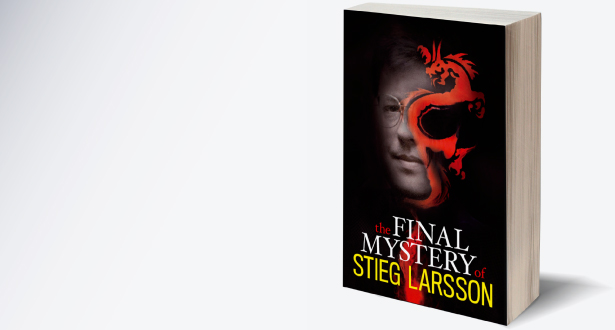 When Swedish author Stieg Larsson died in 2004, he left more behind than three best-selling books. As a new biography surfaces, Jon Axworthy looks at the stricken law case that has been left in his wake.

Stieg Larsson is currently one of the world’s bestselling authors with millions of readers hanging on every word of his Millennium Trilogy. But it’s what the Swede didn’t write — a last will — that has caused a storm of controversy since his untimely death in November2004.

As a crusading journalist who dedicated his life to exposing the activities of far-right groups in his home country, Larsson was on the receiving end of many threats to his life. Regardless, it was his lifestyle, rather than a neo-Nazi assassin, that finally caught up with him. An unrelenting workload fuelled by 60 cigarettes a day and a junk-food diet fatally combined with the fact that the lift to his seventh-floor office was out of action. Larsson collapsed after taking the stairs, his last words to a colleague being: “I’m 50, for Christ’s sake!”

The absence of a will would seem to be a spectacular oversight for a man who lived under the constant threat of death. But at the time, Larsson didn’t have much need for one. His life was uncomplicated by money or dependents. He had just finished work on the Millennium Trilogy and had secured a book deal with a Swedish publisher for €64,000 (£53,000). Published posthumously, the three books, which detail the unlikely partnership of an investigative reporter (loosely based on himself) named Mikael Blomkvist and a heavily-inked bisexual computer hacker named Lisbeth Salander, have gone on to sell more than 46 million copies worldwide. The Girl With The Dragon Tattoo, The Girl Who Played With Fire and The Girl Who Kicked the Hornets’ Nest have been translated into 44 languages.

Throughout writing the novels, Larsson’s partner, Eva Gabrielsson, whom he met at an anti-Vietnam War rally in 1972, was at his side. However, because there was no will from Larsson detailing her rights, coupled with Swedish law’s refusal to recognize common law marriages between cohabiting couples, it was Larsson’s father and younger brother — Erland and Joakim Larsson — who inherited the rights to his estate. That included all royalties from the books and the sale of film rights estimated in total to be worth £30m and rising.

Larsson and Gabrielsson had become engaged in 1983 but never married. Eva has previously suggested that it was for security reasons. Larsson was reportedly receiving death threats and in Sweden a marriage certificate is a document in the public domain which would have made him easier to find. Whatever the reason, the consequences were far-reaching.

Gabrielsson was frozen out of the fortune, even though she shared her life with the writer and feels that she is intrinsically part of the success of the trilogy. She has never insisted that she co-authored the books, although the architect by trade has a literary past and once translated Philip K Dick’s novel The Man In The High Castle into Swedish to supplement her income. Gabrielsson refuses to discuss the issue in interviews, probably because she wants to direct people to her autobiography, which has already been published in France, to redress the injustice that she feels has been dealt to her. “It was from our lives and our 32 years side-by-side that the books were produced,” claims Gabrielsson in Millennium, Stieg And Me. “They’re the fruits of Stieg’s experiences, but also of mine. Of our fights, our crusades, our travels, our passions, our fears. That’s why I can’t say exactly what came from Stieg and what came from me.”

What is clear is that Eva was never particularly close to Stieg’s father and brother, though relations were cordial enough for Erland and Joakim to stay at their apartment, on separate occasions, when they were visiting Stockholm. However, unlike most bitter inheritance battles, the reason for the dramatic breakdown in relations between the people Larsson left behind doesn’t seem to be motivated by the rights to his vast fortune, but, rather, the rights to his intellectual property.

In 2009, Gabrielsson was offered a seat on the board of Moggliden, the company set up by Erland and Joakim to manage the estate, as well as a ‘living allowance’ of 20m Swedish krona (about £1.9m). She turned it down in favour of contesting for full control of Larsson’s empire. However, another quirk of Swedish law means that she is fighting a losing battle.

“By law, inherited moral rights cannot be transferred,” Joakim Larsson tells ShortList. “This may seem convenient to outsiders looking in, but it’s on the statute book here — there’s nothing we can do about that. Contrary to popular opinion, we want Eva to join us in shaping the management of Stieg’s texts.” The Larssons deny Gabrielsson’s allegations that the works haven’t been treated in the manner that he would have wanted and that they have contributed to a “Stieg Larsson industry”. “Does she mean that too many people have read the books and seen the movies?” asks Larsson. “Or is she referring to all the books from former friends and biographies, hers included, that have followed which we have no control over?

THE TWIST IN THE TALE

The plot of Stieg Larsson’s life could easily justify a space on the shelf next to the books that made his name. It contains death, danger, conspiracy, a great deal of money and a plot twist that no one saw coming: Stieg Larsson’s laptop, Eva Gabrielsson’s ace in the hole.

As Swedish law offers Gabrielsson no rights to go to court over the inheritance, her only hope is to try to reach a settlement with Larsson’s family through her lawyers using what was hidden on the laptop — some 200 pages of the manuscript for a fourth novel and, it is speculated, outlines for a further six books which would complete the series. Officially, the laptop is the property of Expo, the anti-racist magazine ofwhich Larsson was editor, but after the hard drive was checked by colleagues to ensure that it didn’t contain any material related to the magazine, it found its way into the possession of Gabrielsson.

“So far, millions of people have read the trilogy,” says Eva Gedin, Larsson’s editor at Swedish publishing house Norstedts, “all of whom are desperate to find out what happens to Blomkvist and Salander. That means that Eva is in possession, in publishing terms, of bottled lightning.”

It’s little wonder, then, that in 2005 the family offered Gabrielsson Stieg’s half of the apartment in which she lived with him (which had also passed to the Larssons in the inheritance) in exchange for the laptop. She refused to hand over the hardware and, amid the negative publicity generated by the exchange, the family decided to give her the whole apartment for nothing. To further muddy the waters, there is even debate as to what is on the computer.

“I received an email from Stieg 10 days before he died telling me that it is the manuscript for book number five on the laptop, not four,” reveals Joakim Larsson. “He skipped on in the series because he found the fifth easier to write.”

However, an interview given just three weeks before his death seems to undermine this theory. “When I spoke to Stieg, he told me that he’d almost finished work on the fourth instalment,” says Lasse Winkler, a Swedish book trade editor who conducted the interview. “He told me that crime fiction came easily to him and that he already had 150 pages of the book done. He also told me that he was a fast writer.” It’s realistic, then, to presume that in the following three weeks, the book would have been nearing completion.

It’s possible that Joakim Larsson’s assertion that only book number five is written is an attempt to dilute theimpact of the “bottled lightning” that Gabrielsson has. Then again, Gabrielsson’s moral assertion to be the only one who is capable of publishing the books in a way that is true to her partner’s memory could very well be an attempt to receive a greater share of the spoils than the law of the land entitles her to.

What is known from Gabrielsson’s memoir is that the book is titled God’s Revenge and takes place in Canada. It is also revealed that it focuses on Lisbeth Salander, who begins to face up to the horrors that have visited her in the past. Most importantly for the legion of Salander devotees is the revelation that the manuscript finally exposes what all the tattoos that adorn her body actually represent.

But the hunger of Larsson’s readership to find out what happens to the pairing doesn’t change the fact that without the moral rights, Gabrielsson is legally out in the cold. Indeed, her only chance of wrestling some control from the Larssons lies with the power of the manuscript. She maintains that until all of the rights to her former lover’s works are handed over, God’s Revenge will never see the light of day — and Mikael Blomkvist and Lisbeth Salander will forever remain in literary limbo.

Posted by pratanacoffeetalk at 1:24 PM

Email ThisBlogThis!Share to TwitterShare to FacebookShare to Pinterest
Labels: Business