SOLID STATE DRIVE (SSD) FOR EVERYONE 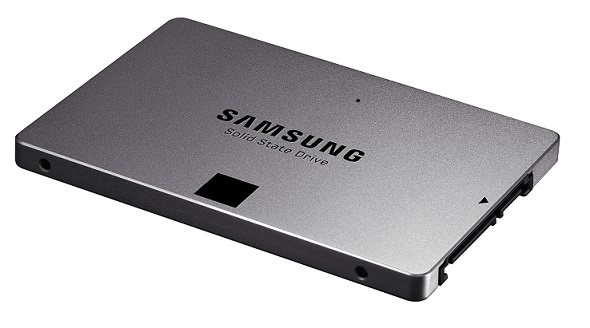 During Samsung’s annual SSD Global Summit, the Korean electronics company announced the 840 EVO, a new consumer line of solid state drives with capacities up to 1TB.

“After accelerating the growth of the SSD market with last year’s launch of entry-level, high-performance SSDs, we are introducing much faster SSDs with up to 1TB capacities offering consumers a wider range of choices,” said Young-Hyun Jun, executive vice president of memory sales & marketing at Samsung Electronics . “Samsung continues to enhance its SSD brand image by delivering the industry’s highest quality solutions and continuously increasing its SSD market share by expanding the adoption of higher density SSDs.”

In order to foster enthusiast and mainstream adoption — at least in the 1TB SSD race — Samsung may need to match Crucial’s aggressive pricing of its 940GB M500 SSD which costs approximately $.64 per GB. It’s certainly a possibility, considering Samsung produces its own proprietary controller. Samsung’s current 840 line of SSDs can be acquired for as little as $.65 per GB, but the EVO line brings significant performance gains to the table.

Despite maintaining that the 840 EVO will be an entry-level SSD, Samsung promises that the 250GB model will offer twice the speed of their current 250GB 840 Series, reaching 520MB/s sequential write speed. The 120GB 840 EVO model should achieve 410MB/s sequential write speed, which is roughly three times faster than their existing 120GB 840 Series.

So, what about the drool-worthy 1TB version of the 840 EVO? We’re looking at sequential read/write performance of 540MB/s and 520MB/s, respectively. But we should also witness improved performance of random reads/writes with 98,000 IOPS (Input Output operations per second) and 90,000 IOPS, respectively.

That was an exhausting amount of acronyms, so here’s the tl;dr. If Samsung can come to market with substantially faster and more efficient SSDs at a competitive pricepoint, they may just get the rapid adoption they’re seeking. I’m an outspoken proponent of SSDs in gaming and productivity systems, and their price tags are just beginning to approach comfort levels for the average consumer. (After all, you can now build a respectable gaming rig — SSD included — for less than $750.)