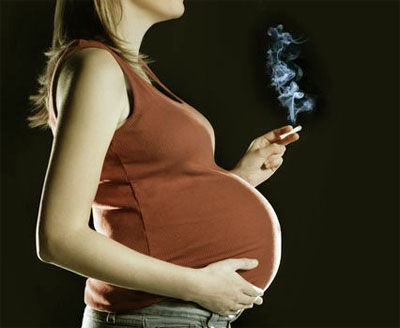 Women who smoke during pregnancy may be putting their children at increased risk for conduct problems in childhood, researchers found.

Across three different studies, children whose mothers smoked during pregnancy -- whether they were reared by their genetically-related mother or an adoptive mother -- had higher mean scores on measures of conduct problems compared with children whose birth mothers did not smoke during pregnancy, according to Gordon Harold, PhD, of the University of Leicester in England, and colleagues.

Past research also has shown a relationship between smoking while pregnant and a child's hearing loss and obesity in the offspring.

The first study -- the Christchurch Health and Development Study -- was a longitudinal birth cohort in New Zealand that assessed maternal smoking during pregnancy and child behavior until age 7.

The third study -- the Cardiff In-Vitro Fertilization (IVF) study -- was an English study of children conceived through reproductive technologies such as homologous IVF, single-parent IVF, and embryo donation, where authors focused only on children born through maternal IVF.

Neonatal maternal smoking was reported retrospectively in each study.

Parenting practices were assessed through measures of maternal emotional responsiveness and avoidance of restriction, and punishment and hostility.

An accompanying editorial by Theodore Slotkin, PhD, of Duke University Medical Center, noted that "There is little doubt that at least one component of tobacco smoke, nicotine, is sufficient to disrupt brain development and to evoke subsequent behavioral abnormalities" in prior research, and that the current study clearly shows that the effects seen in animal models are replicated in humans.

The model used in this literature should inform future studies into toxicants responsible for neurodevelopmental disorders related to cigarette smoke, Slotkin added.

The authors found their study was limited by the small number of genetically-unrelated smokers in the English study, as was the prevalence of maternal smoking during pregnancy among those genetically-related mothers. The study was also limited by a lack of data on co-exposure to other drugs or alcohol, use of self-reported smoking data, and lack of time-specific data on smoking and other behaviors and exposures.

The authors declared no conflicts of interest.