READ THE WORLD IN 196 BOOKS 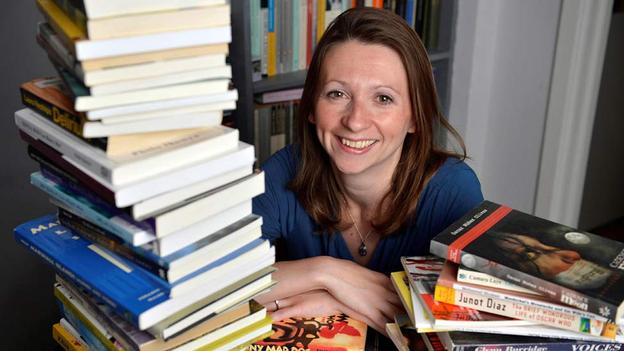 Writer Ann Morgan set herself a challenge – to read a book from every country in the world in one year. She describes the experience and what she learned.

I used to think of myself as a fairly cosmopolitan sort of person, but my bookshelves told a different story. Apart from a few Indian novels and the odd Australian and South African book, my literature collection consisted of British and American titles. Worse still, I hardly ever tackled anything in translation. My reading was confined to stories by English-speaking authors.

So, at the start of 2012, I set myself the challenge of trying to read a book from every country (well, all 195 UN-recognised states plus former UN member Taiwan) in a year to find out what I was missing.

With no idea how to go about this beyond a sneaking suspicion that I was unlikely to find publications from nearly 200 nations on the shelves of my local bookshop, I decided to ask the planet’s readers for help. I created a blog called A Year of Reading the World and put out an appeal for suggestions of titles that I could read in English.

The response was amazing. Before I knew it, people all over the planet were getting in touch with ideas and offers of help. Some posted me books from their home countries. Others did hours of research on my behalf. In addition, several writers, like Turkmenistan’s Ak Welsapar and Panama’s Juan David Morgan, sent me unpublished translations of their novels, giving me a rare opportunity to read works otherwise unavailable to the 62% of Brits who only speak English. Even with such an extraordinary team of bibliophiles behind me, however, sourcing books was no easy task. For a start, with translations making up only around 4.5 per cent of literary works published in the UK and Ireland, getting English versions of stories was tricky.

This was particularly true for francophone and lusophone (Portuguese-speaking) African countries. There’s precious little on offer for states such as the Comoros, Madagascar, Guinea-Bissau and Mozambique – I had to rely on unpublished manuscripts for several of these. And when it came to the tiny island nation of Sao Tome & Principe, I would have been stuck without a team of volunteers in Europe and the US who translated a book of short stories by Santomean writer Olinda Beja just so that I could have something to read.

Then there were places where stories are rarely written down. If you’re after a good yarn in the Marshall Islands, for example, you’re more likely to go and ask the local iroij’s (chief’s) permission to hear one of the local storytellers than you are to pick up a book. Similarly, in Niger, legends have traditionally been the preserve of griots (expert narrators-cum-musicians trained in the nation’s lore from around the age of seven). Written versions of their fascinating performances are few and far between – and can only ever capture a small part of the experience of listening for yourself.

If that wasn’t enough, politics threw me the odd curveball too. The foundation of South Sudan on 9 July 2011 – although a joyful event for its citizens, who had lived through decades of civil war to get there – posed something of a challenge. Lacking roads, hospitals, schools or basic infrastructure, the six-month-old country seemed unlikely to have published any books since its creation. If it hadn’t been for a local contact putting me in touch with writer Julia Duany, who penned me a bespoke short story, I might have had to catch a plane to Juba and try to get someone to tell me a tale face to face.

All in all, tracking down stories like these took as much time as the reading and blogging. It was a tall order to fit it all in around work and many were the nights when I sat bleary-eyed into the small hours to make sure I stuck to my target of reading one book every 1.87 days.

But the effort was worth it. As I made my way through the planet’s literary landscapes, extraordinary things started to happen. Far from simply armchair travelling, I found I was inhabiting the mental space of the storytellers. In the company of Bhutanese writer Kunzang Choden, I wasn’t simply visiting exotic temples, but seeing them as a local Buddhist would. Transported by the imagination of Galsan Tschinag, I wandered through the preoccupations of a shepherd boy in Mongolia’s Altai Mountains.  With Nu Nu Yi as my guide, I experienced a religious festival in Myanmar from a transgender medium’s perspective.

In the hands of gifted writers, I discovered, bookpacking offered something a physical traveller could hope to experience only rarely: it took me inside the thoughts of individuals living far away and showed me the world through their eyes. More powerful than a thousand news reports, these stories not only opened my mind to the nuts and bolts of life in other places, but opened my heart to the way people there might feel.

And that in turn changed my thinking. Through reading the stories shared with me by bookish strangers around the globe, I realised I was not an isolated person, but part of a network that stretched all over the planet.

One by one, the country names on the list that had begun as an intellectual exercise at the start of the year transformed into vital, vibrant places filled with laughter, love, anger, hope and fear. Lands that had once seemed exotic and remote became close and familiar to me – places I could identify with. At its best, I learned, fiction makes the world real.
----------------------
http://www.bbc.com/culture/story/20130715-reading-the-world-in-365-days