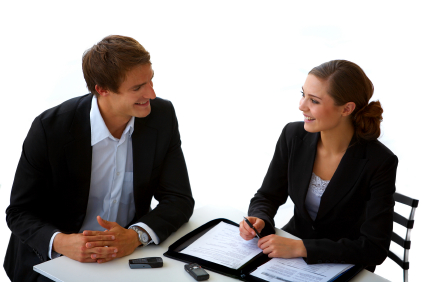 Even a brief interaction can change the way people think about themselves, their leaders, and the future. Each of those many connections you make has the potential to become a high point or a low point in someone's day. Each is a chance to transform an ordinary moment into a touchpoint.

What is a touchpoint? A touchpoint is an interaction with one other person, a couple of people, or a group that can last a couple of minutes, a couple of hours, or a couple of days. Those Touchpoints can be planned or spontaneous, casual or carefully choreographed.

Every touchpoint is spring-loaded with possibilities. Each one can build — or break — a relationship.

For instance, when I was a first year graduate student at the J. L. Kellogg School of Management at Northwestern University taking a Management Policy class. My professor, Ram Charan, noticed that my schoolwork was starting to slip. I was not only taking a full load of classes but I was also working two jobs. I was stretched pretty thin. One day, Ram called me aside and said, "You can do better." Those four words inspired me to hold myself to a higher standard. I remember those words as if they were spoken yesterday and that was over 35 years ago.

Shortly after I graduated, I accepted a job with General Mills. Like many people starting a new job in a new place, I was completely lost in the building. This older man saw me stumbling around and said, "Young man... you look lost. How can I help?" I asked him if he could help me find my way back to the marketing department. He pointed the way and said, "So you work in the marketing department. If there is one thing that I want to leave you with is that you've got to give it all you've got." We then went our separate ways. Ultimately, I saw this man's picture a couple of weeks later and discovered that he was Jim McFarland, the CEO and Chairman of General Mills. Those five words inspired me to lean into my work with greater intensity. I carry them with me today.

I had been with General Mills for six months and I was up for my first performance review. I was struggling to hit the ground running. I had never worked in an office environment before in my life. Here I was, unmistakably a rookie. During the performance review, my manager offered this observation, "Doug, you are clearly very determined to contribute here but, quite frankly, your work is very mediocre." That comment, in and of itself, was something I was able work through. Next, I was to receive feedback from my boss's boss. In this case, he had written six words down on a piece of paper to be read to me. Those words were, "You should look for another job." This was the first performance review I had received in my life and my boss's boss, whom I thought was a god, just told me to go look for another job. He wasn't inclined to give me the time of the day or the benefit of the doubt. I was devastated and very anxious but ultimately I played through it. Those six words reminded me that the corporate journey is not for the faint of heart. You must bring great resolve to your work. It's not all a bed of roses.

I persevered through some difficult times as I was starting up my career and I was promoted to Product Manager at General Mills in a very timely way. Within 48 hours of that promotion, I received a call from my wife's grandfather, Mr. R. T. Johnstone. R.T., a man I admired greatly, said, "I'm so proud of you." Those five words of encouragement reminded me that I was not alone on this journey, as difficult as it was. My family was, is and will always be with me. Those words ring in my ears to this day.

After six years of working in the General Mills food group, I transferred over to the General Mills toy group. Three years in, I lost my job. I've shared this experience in great detail here before. After I was let go from General Mills, I went to an outplacement counselor; a man by the name of Neil MacKenna. Every time Neil would answer the phone he would say, "Hello, this is Neil MacKenna, how can I help?" With those four words, "How can I help?" Neil changed my entire work life. He helped me see beyond my own agenda to discover the fulfillment of starting every interaction with a desire to be helpful. This was a very powerful lesson, delivered in four words. It took all of two seconds.

On July 2, 2009, I was involved in a very serious automobile accident. I was traveling to my home in Northern New Jersey for the Fourth of July weekend. I was in the back of a Lincoln Navigator asleep with my seat belt on when, while going at least 70 miles an hour, we ran into the back of a stopped dump truck on the New Jersey Turnpike. It was a very serious accident. I was taken to a nearby trauma center and went through an extensive array of surgical procedures. Understandably, I was pretty much out of it for 24 hours. When I woke up in the intensive care unit my wife, Leigh, who had been helping my daughter move into her apartment in Washington D.C., was right by my side. And all she said were three words. She said, "I'm right here." Those three words, said in one second, connected me in a powerfully indescribable way with my wife and my recovery. I'll never forget the moment.

Over the following 40 days, as I was recovering from the automobile accident, I had been moved from the ICU to the trauma center then to a hospital and finally to a rehabilitation program. I dealt with nurses in all four of these facilities that, time and again, reaffirmed for me the power of touchpoints — that they're not just about the words you say, they're about how you say them.

There was the same protocol over all four facilities. In this case, every nurse would come into my room and ask me the same question: "How is your pain?" When the nurses were fully prepared and exceptionally gifted at managing patients they could come into the room and dial-in in a very thoughtful and genuine way. But with nurses who were new to the profession, new to the facility, or who just felt a little bit uncomfortable getting into a conversation, I would quickly realize that those four words weren't about me; it was about how they were going to handle me. It was about them. Those conversations were always awkward.

So, those four words, "How is your pain?" opened up a world that was magical when it was well managed. But when not well managed, the resulting awkwardness could completely undermine the effectiveness of the nurse. Those four words reaffirmed the power of touchpoints.

There you have it: