CAN YOU HANDLE SUCCESS? 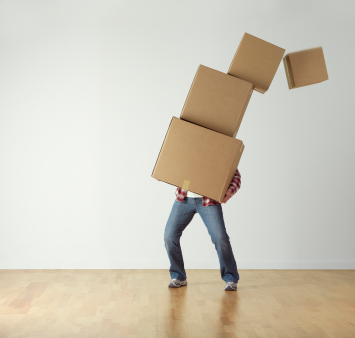 "I tried 1000 different ways to find a solution, but 1001st was the best solution" - Thomas Alva Edison, when asked about his experience in inventing the light bulb.

The first question is "What is Success?"

The dictionaries provide various definitions of success as 'an occurrence that accomplishes its intended purpose' or 'a state of prosperity or fame' or 'a realization that a person is successful', but success is broader than what we define. Achieving success means you became famous; you can have enough money to buy the luxuries you longed for so many years, you are being a darling of the masses.

Anybody can achieve success, however for that one has to have the self-belief within him that he can; this is the primary step towards success. If you do not believe in yourself, then creating that feeling is your first assignment. Secondly, we have to focus on what we are going to do to achieve success, something we already have and something we have to attain from others.

There are many factors that contribute to success or failure, the most important of which is a person's mindset. One cannot create and sustain success, if his thoughts, beliefs and emotions are not adjusted to success. If one believes in oneself, money or what success means for them are in dissimilarity to a successful life, he finds it difficult or impossible to create one.

Some of the key factors for people who want to be successful, are determination, decisiveness, continuous learning, constructive planning, hard-work, relentless practice (regain the mettle even when things are going against his wishes), have to have the ability to recover and learn from failures. One requires a strong vision of his future, planning and setting achievable goals - all can play important roles in becoming successful.

There is no need to worry if one does not have all the above characteristics, or thinks success is not a heavenly fruit, as if one can only dream of it. Everybody can achieve it with various techniques. One can set goals and objectives, which may be inherited qualities, however learning some advanced techniques for success can only be learned from schools/people. You have to develop mental strength to succeed, which will enable you to recover from setbacks more easily.

For some, success has an unexciting aspect but to others, it is an energizing factor to achieve more. We are surprised when we hear news about famous people who suffer from alcoholism, drug abuse and serious emotional problems. We see that success can bring different kinds of discomfort along with it.

Diego Maradona, Mike Tyson and Princess Diana are perfect examples of people who have faced serious problems as they became famous. It's as if people think they have everything, but they suffered at different levels and they felt they were alone in the midst of fame.

First example: Diego Maradona.
He is former captain of an Argentine football team. He played in four World Cups, won a World Cup in 1986, received FIFA Player of the Century and was voted in 2000 by FIFA the best football player of all time - surpassing the great footballer ever, PELE.

Since the 1990s, Maradona has been battling cocaine addiction, which included spells in Swiss and Cuban clinics. After retirement, Maradona spent most of his time in Cuba (can say in hospital) and after returning to Argentina, suddenly he suffered a major heart attack following a cocaine overdose and was admitted to intensive care in a Buenos Aires hospital. After he showed improvement, Maradona was taken off the respirator on April 23 and remained in intensive care for several days before being discharged.

Second example: Diana, Princes of Wales
From the time of her engagement to the Prince of Wales in 1981 until her death after a car accident in 1997, Diana was one of the most famous women in the world, a pre-eminent celebrity of her generation. During her lifetime, she was often described as the world's most photographed woman.

To her admirers, the Princess of Wales was a role model. After her death there were even calls for her to be nominated for sainthood, while her detractors consider her to have been suffering from a mental illness; it has been suggested that Diana was, according to one biographer, possibly suffering from borderline personality disorder. Diana herself admitted to struggling with depression and the eating disorder bulimia, which recurred throughout her adult life.

Third example: Mike Tyson
At the height of his fame and career in the late 1980s and throughout the '90s, Tyson was one of the most recognized sports personalities in the world. Apart from his many sporting accomplishments, his outrageous and controversial behavior in the ring and in his private life as well as the drug and alcoholic abuses has kept him in the public eye.

Tyson retired from competitive boxing in 2005. He has since engaged in a series of exhibition bouts in a tour across the US to pay his numerous debts. Despite receiving over US$30 million for several of his fights and $300 million over his career, Tyson declared bankruptcy in 2003. Now, Tyson appears in countless popular media in either cameo appearances or as a subject of parody or satire.

So why are these people addicted to drugs, alcohol and suffering from various disorders? And the answer is "Sometimes people can't handle success". The reasons may be that they fear success and self-sabotage their lives. That's what happened to Maradona, Mike Tyson and Princes Diana. They were throwing the fame away.

No one has been able to break through this massive self-sabotage. No wonder that people are afraid of success. To achieve success, one needs of a lot of self-examination along with changes in lifestyle and a facelift of behaviors.

Success is like a hard rock, not everybody is able to crack or pull it down easily. Chances are that anybody who tasted success in any field can face such problems at any moment of time; it is not a fault of ours but a phenomenon people around the world face.

Satisfaction is an important ingredient of success. When becoming successful, you have to learn to be satisfied. This often means giving up wanting and longing, two feelings that don't go with satisfaction.

Let us hope we will not become addicted to drugs and alcohol like Maradona did, but almost everyone is limiting their lives because part of him is afraid of success. If it applies to us, then we should look back in retrospect about preceding factors and do some soul searching to know what pulled us back, so that we can rectify the wrongs and find the rights.

Success requires discipline, determination and a strong belief in oneself. It's a whole lot easier to stay where you are than to move into a new state of being.