BOSE'S FOUNDER DIES AND THE LEGACY HE LEAVES BEHIND 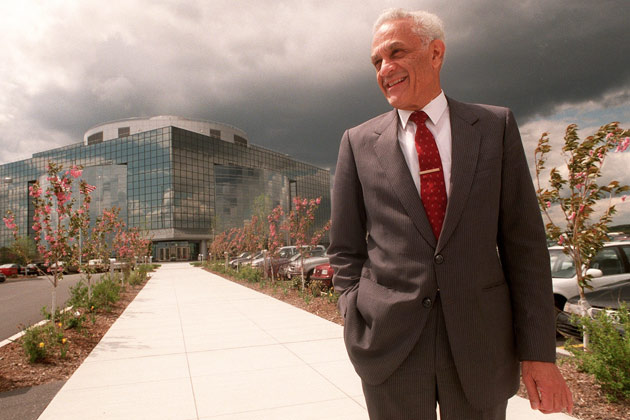 Amar Bose, the founder and chief executive of the audio company that bears his last name, died last Friday (July 12, 2013) at his home in Massachusetts at the age of 83.

Prior to Mr. Bose—or, more specifically, the Bose 901 Direct/Reflecting Speaker, his first major product—high-end audio was something obsessed over by finicky audiophiles: men and women (but let’s be honest here—mostly men) who were on a never-ending quest to recreate the absolute sound. Audiophilia, to that point, required deep technical knowledge, a monastic-like discipline in researching and assembling your rig, and lots of cash.

Bose changed all that. It was high-quality, sure, but it wasn’t rarified. Other brands would continue to pursue the highest peaks of hi-fi (such companies as Mark Levinson, Madrigal Audio Labs, Meridian, and others, many of which don’t start with the letter “M”), but by the 1980s, Bose had become part of a club that included BMW (BMW:GR), Ralph Lauren (RL), and Opus One as talismans of yuppie affluence. This, of course, drove hard-core audiophiles mad, as they complained that Bose products really weren’t all that great and were more about marketing than technology. That debate still continues, but mostly in basement listening rooms only—Bose continued to sell speakers by the truckload, and more than a few Rolex-clad squash players were more than happy to drop a few hundred dollars on Bose’s reimagination of the lowly clock radio.

Also in the 1980s, Bose upended the tradition of in-car audio—the tradition being, of course, that car stereos were lousy. When General Motors (GM) and Bose entered into a partnership 30 years ago, it would mark the beginning of the end for mainstream aftermarket audio (sorry, Alpine, Blaupunkt, and that insane top-loading cassette deck from Nakamichi (NAK:MK) that haunted my nine-year-old brain). In time, the idea that your car would come with a good stereo straight from the factory became the industry norm. Bose started showing up in Porsches and Infinitis. Audi (VOW:GR), Mercedes-Benz (DAI:GR), and others would enlist Bang & Olufsen (BO:DC). Even super-high-end audio companies such as Burmester and Naim (NHB:MK) would get into the game, but Bose was the company that started it all.

Of course, the entire audio industry was roiled when the MP3 player came on the scene. But even then, Bose managed to put itself in just the right place. Indeed, the circumstances would almost uniquely benefit the company: In the absence of physical media (LP, cassette, CD), digital music didn’t require the complicated hardware that earlier formats did. That would spell trouble for phonograph and cassette-deck makers, but Bose wasn’t in those product lines—it just made speakers, and in the era of the iPod (AAPL), speakers were basically the only thing that mattered. Bose’s SoundDock became the fancy iPod (and, later, iPhone) dock for that key market of discerning-but-not-obsessive-to-an-antisocial-degree customers.

One of the company’s most recent products is the purest distillation of this positioning. Bose’s QuietComfort noise-canceling headphones include serious, advanced technology that cancels out the annoying humming and thrumming of airplane cabins, but the headphones also serve another purpose: They are a key way to indicate to the rest of your cabinmates that you are serious traveler of some means.

There are other stories to tell about Bose’s (the man and the company’s) innovations, but perhaps this was his greatest innovation: combining technology with status. Bose took things that were previously considered complicated and esoteric and sold them right down the upper-middle. In doing so, his company became more than just a speaker maker; it became a brand name.