UNLOCKING THE SECRET OF THE AGING MINDS 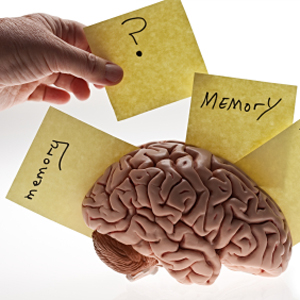 Could tiny organisms help us understand the extraordinary complexity of the human brain, and how to keep our brains healthy as we get older? One person thinks so.

There’s now a great deal of effort and money devoted to understanding the extraordinary complexity of the human brain. But it’s also important to go back to basics, says Susan Lindquist, molecular biologist at Massachusetts Institute of Technology. Her idea is to use the power of evolution to unlock secrets that could keep our minds healthy as we age.

As we reduce the rate of people dying from heart disease and cancer, we face another threat, and that’s neurodegenerative diseases, like Alzheimer’s and Parkinson’s disease, that are caused by fundamental defects in protein folding. Studies have been dominated by the need to unlock the complexity of the brain, but you can flip this around and look at what are the fundamental basics of biology that might also feature in much simpler organisms.

We evolved from simpler individual cells that still inhabit the Earth, and they still face the same complex problem – how do they take their DNA code and create and fold it up into a complete, working protein. So we could test the simpler things first using these simple cells, and fuel our knowledge not just for possible drugs but also understand the biology in such a way as to help improve our lifestyle.

The challenge is how to go from these simple cells to making it work in a human being. That’s going to take a lot of interaction between many different groups – like biologists, chemists, geneticists – not to mention new imaging methods for viewing the brain. But the way technologies are converging makes Lindquist excited and optimistic; she says we might now be in a position to begin to find answers that will help tackle these diseases.
-------------------------------
http://www.bbc.com/future/story/20130514-unlocking-secrets-of-ageing-minds
http://www.agingcare.com/InfusionNewsSiteImages/agingcare/9abbbbb9-92c4-4a24-ab83-c9713d28e060.jpg
Posted by pratanacoffeetalk at 8:51 AM