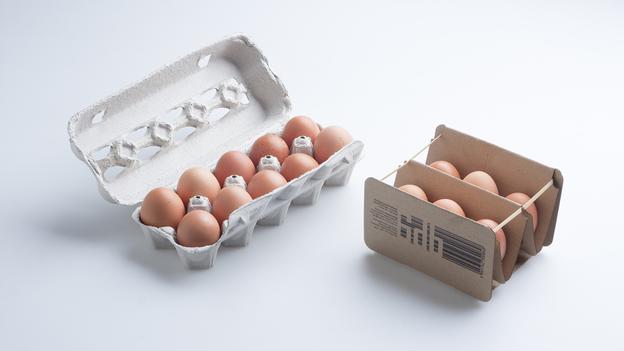 Design touches all areas of life, from computer interfaces to the packaging of the goods in our shopping basket. As part of BBC Future’s Imagineering series, where designers reimagine everyday objects, we tracked down the young Hungarian designer who aims to update a century-old staple familiar to almost everyone around the world.

It is just over 100 years since Canadian inventor Joseph Coyle perfected a design to prevent eggs breaking on their way to market.

His design was the first egg carton, offering a measure of protection for this most breakable of commodities. Coyle’s cardboard creation was first made by hand before a machine was invented to manufacture them after World War I. 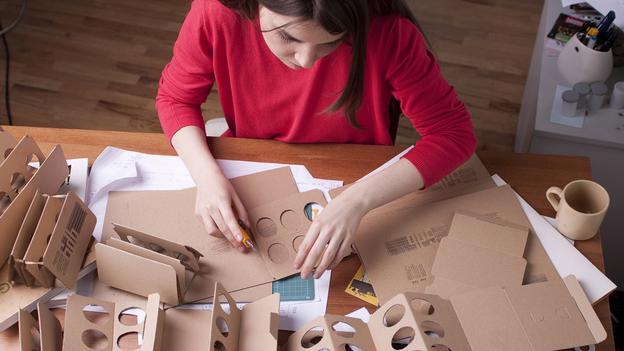 Later in the 1950s, British designer H G Bennett created the design we see on supermarket shelves and in corner stores – made of cardboard, moulded paper pulp or plastic, and with an individual space for each egg to sit. As food packaging has become more sophisticated – from aseptic linings in cartons of milk to vacuum-packed fish – the humble egg carton has changed little. Shock absorbing and cheap to produce, the carton has also become a signifier for what it contains – you don’t need to see the eggs to know what it contains.

Hungarian design student Eva Valicsek, however, may have come up with a replacement. Her concept for an egg carton of the future – made of cardboard and a rubber band – was made for a university competition but has already received some cautious commercial interest. 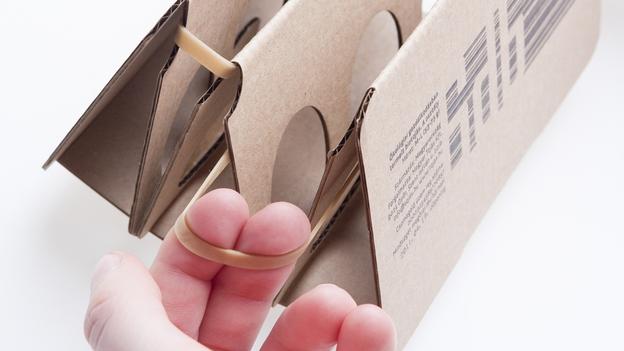 Her redesign came from a challenge set by the Institute of Applied Art at the University of West Hungary, in the city of Sopron, where she was studying.

“I looked at existing egg cartons and found many problems with them,” she says. “Most importantly, the existing boxes cannot be adjusted to the size of the eggs - smaller eggs may turn around in the stand.”

The current egg box protects the eggs but also keeps them out of sight; when we buy other products, such as fruit and vegetables, we’re able to choose exactly which ones we want to buy.

The open top is one of the most striking elements of Valicsek’s rethink. “As a starting point I wanted to design a flexible box to fit the different egg sizes,” she says. “I made many models to find the right form. During these experiments, I accidentally used a rubber band that was sitting on my table - then realised that I found the perfect solution.” 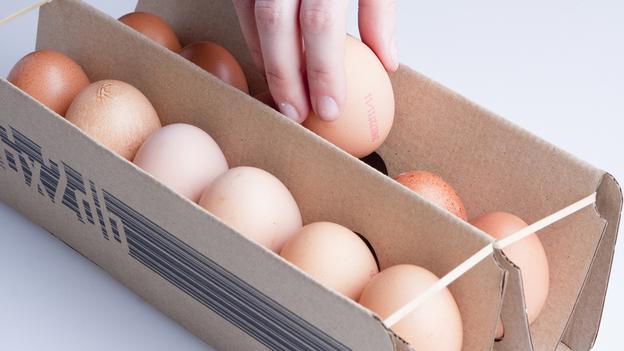 The box also had to be easy to transport. Valicsek designed the carton so it could fold up flat, making it easier to move.

“I designed a carton that can be flat-packed. I assembled my piece without using any glue; the carton is fixed to the base at one point.”

Those whose eggs have survived a drop or crush thanks to the relative strength of the traditional egg box may view the open-topped reimagination with some suspicion. But Valicsek believes her design is just as robust as the current model.

“The eggs are held firmly in the carton thanks to the flexible rubber band and the cut out holes, you can even turn the box into its sizes, and the eggs will not break. It can stand lateral forces. The eggs will not roll out.” 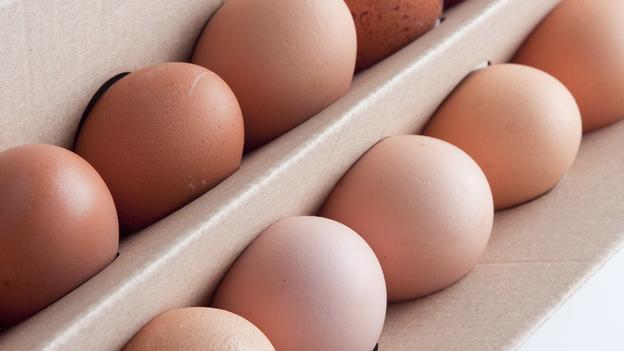 The cardboard used to make Valicsek’s design is environmentally friendly – and recyclable. She says the box can be reused many times.

At the moment, she adds, the egg box is “still an idea, not a product.” But there has been tentative interest, partly because of the flat pack design. “I had a call a month ago from a Croatian producer and we have just started discussions,” Valicsek says.

If your summer holiday takes you to Hvar or Dubrovnik, keep your eyes peeled for Valicsek’s innovative design in the supermarket aisles...