THE END OF SKEUOMORPHIC DESIGN? 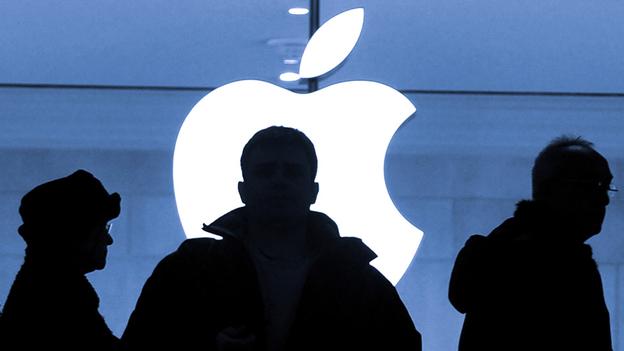 The tech giant looks like it is ditching its fondness for apps and programs that look like real-world products. Is this a good thing?

Why do most smartphones make a clicking noise, like a camera shutter closing, when you take a picture with them? Why do the virtual pages of a book on a tablet appear to turn as you swipe across the screen?

The answer is skeuomorphic design, from the Greek words for a tool (skeuos) and shape (morph). It means designing a tool in a new medium that incorporates some of the features of its antecedents. These no long perform any necessary function but – like the unfurling of virtual paper across a digital screen – forge an intuitive link with the past, not to mention being (hopefully) attractive in their own right.

Though it sounds obscure, skeuomorphism is everywhere around us – from “retro” detailing on clothes to electric kettles shaped like their stove-top ancestors. It’s also a topic of much hand-wringing and angst in the tech world, thanks to Apple CEO Tim Cook’s decision to shake up the design principles of his company’s iOS mobile operating system – one of the world’s touchstones for digital appearances.

The latest incarnation of iOS – version 7 – is likely to be previewed in June ahead of a September release. And its putative appearance is feeding a frenzy of speculation thanks to Cook’s decision in October last year to put hardware supremo Jonathan Ive – the designer responsible for iconic minimalist designs from the iMac and iPod to the iPad – in charge not only of the physical product, but also the look and feel of its software.

Ive replaces perhaps the world’s most influential exponent of skeuomorphic software, Scott Forstall, whose work at Apple included creating iOS as we know it – complete with a compass app that looks like a handheld orienteering compass, a notes app mimicking yellow sticky paper, a calculator app designed like an old-fashioned accountant’s pocket calculator, a game centre themed around wood and green baize, and analogue dials on its clocks.

Apple’s skeuomorphism has, over the last few years, divided the opinions of designers, to say the least. For author and tech design consultant Adam Greenfield, it’s inexplicable that the company has for so long saddled its exquisite devices with “the most awful and mawkish and flat-out tacky visual cues”; while software developer James Higgs has bluntly described it as “horrific, dishonest and childish crap.”

For more sympathetic critics like user interface designer Sacha Greif, meanwhile, the decision to launch the iPhone with such a textured, “realistic” interface was a sensible move given just how novel the device was in 2007. “Nobody,” he argues, “had seen such visual richness in an operating system’s user interface before (let alone on a phone)... Realism was a way to link the future with the past, and make people feel at ease with their new device.”

This ease has been important to the company’s success. Outside the rank of designers, few ordinary users are likely to give the subtle stylistic influences of their screens much thought. Yet these are crucial psychological components within a weightless, immaterial medium.

Unlike physical materials and the traditions surrounding them, digital pixels have no inherent aesthetic or “feel”. Everything onscreen must be fabricated from scratch – and, for many early users of Apple products, the textured tones of a skeuomorphic interface offered a democratic counterpoint to the elitism of their seamless exteriors.

From fake to flat

Today, though, even the fanboys agree that some species of revamp is in order – and that Ive’s fondness for modernist minimalism is in line with trends elsewhere. Rather than fake wood and leather, a visual style has emerged in the last few years that is neatly embodied by Microsoft and its technicolour approach to Windows’s latest incarnation.

Here, bright square and rectangular panels match a crisp, two-dimensional aesthetic, with an emphasis on clarity and clean blocks of colour. It’s a deliberately “flat” look, embracing the pinpoint resolutions of modern screens rather than softer-edged illusions of weight and depth – and it was heralded by some on its release as “incredibly innovative”.

The only problem is that many users don't especially seem to enjoy it – a backlash that has led to embarrassing recent reports of Microsoft preparing to restore some aspects of its older operating systems.

If Apple heads down this path, it will be seeking its own distinctive evolution of Ive’s design philosophy – a philosophy explicitly indebted to the great German designer Dieter Rams and his dictums, the most famous of which states that “good design is as little design as possible.”

Some change is likely to be welcomed. But – as Microsoft's experience shows – any reinvention of a widely-used standard breeds a particular gamut of hazards, especially within the open and potentially unanchored spaces of an electronic medium.

All digital design is to some extent a game of metaphor and illusion. Yet, increasingly, some of the objects being gestured towards are vanishing from users’ remembered experience. Will the youngest generation of iPad users ever physically have handled analogue dials, desktop calendars or yellowed paper notepads? Will many of them, soon, even have turned the pages of a physical book?

These hollowed out metaphors haunt digital design – together with the fear that imitation and repetition risk shackling the present to an increasingly irrelevant past. Successful simplicity, as Ive and Rams have each shown, is about capturing the essence of an experience via the painstaking elimination of anything redundant. How far, though, are skeuomorphism's visual echoes and references themselves essential?

Design can never go entirely without mimicry; not least because, if you’re not speaking some kind of common visual language, you cannot make yourself understood. Ive's greatest triumphs at Apple pay explicit tribute to Rams's work at Braun in the 1960s – and it seems unlikely that someone with such a deep sensitivity to its history will abandon onscreen dialogue with the manufactured world.

This dialogue is likely to be as much with Apple itself as its antecedents – and to draw deeply on its own aesthetic of industrial design. In the end, though, skeuomorphism is not about wood and leather any more than “flat” design is about colours or rectangles. Each aims at an experience that is its own justification – and that, if the experience should somehow fall short, cannot be saved by all the justifications in the world. As Ive himself put it in a 2012 interview, “we don't really talk about design, we talk about developing ideas and making products.” Once you have a sufficiently complete understanding of what you wish to achieve, the rest is detail.
------------------------
http://www.bbc.com/future/story/20130509-apple-designs-break-from-the-past/1
Posted by pratanacoffeetalk at 4:08 PM