CONCORDE, A CLASSIC DESIGN FROM THE PAST CENTURY 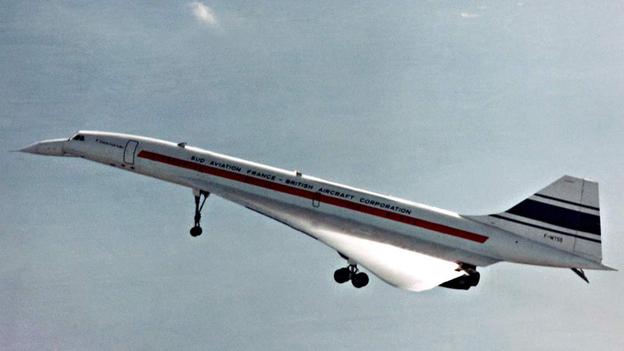 A decade after its final flight, Jonathan Glancey pays tribute to that most glamorous of aircraft – and argues for it as an icon of the 20th Century.

Concorde flew for the last time ten years ago. This supremely elegant airliner has yet to be replaced and, in an age of ubiquitous flying buses, cheap flights and long-term recession, perhaps it never will be. Glamorous and exclusive, a technological marvel and a thing of daunting beauty, Concorde belonged to an era that has vanished in a cloud of burned kerosene.

In 2003, there were still people willing to pay through the nose-cone to eat a lunch of canapés, fillet of beef, crème brulée, cheeses and petit fours washed down with four varieties of champagne while the Rolls-Royce Olympus-powered jet scythed through the stratosphere at Mach 2. Through the aircraft’s small windows, passengers could see dark blue space above them and the curvature of the Earth below. At 60,000-ft, they cruised twice the height of Jumbo jets, faster than a bullet and faster than the speed (1,070mph at the Equator) the Earth rotates.

A time machine of sorts, Concorde flew so very fast across the Atlantic that its passengers landed – according to their watches – before they had taken off. The pencil-thin aircraft generated so much heat in the process that its fuselage stretched by up to twelve inches in flight.

Of course, there was a price to pay for this aerial Grand Prix. Fares were for plutocrats, Hollywood stars and those who had saved up for years rather than those in search of cheap holidays in the sun. The aircraft guzzled fuel and it was – although not from the inside – very noisy.

Its presence was unmistakable: Concorde could always be heard before it was seen. That trademark thunderous rumble, as if Jove himself was pushing the clouds apart, caused heads to crane from city streets. “Look! There’s Concorde”, normally blasé Londoners would say, as if there was just the one of these compelling aircraft.

Concorde was a rather singular aircraft. Just fourteen out of the twenty built went into service. When the Anglo-French design made its public debut in Toulouse in 1967, two years before its maiden flight, there was talk of seventy-four orders from sixteen airlines. Pan-Am went so far as to take adverts in the British press welcoming the “aircraft of the future”. The future of flying was, in fact, to be anything but Concorde, or Pan-Am.

How different things had seemed in 1956 – just two years after the Spitfire last flew in regular service with the RAF – when the supersonic programme that launched Concorde took flight. This was the New Elizabethan age when British design and technology were still world-beating, an era in which the talk was of ever higher, ever faster flight. 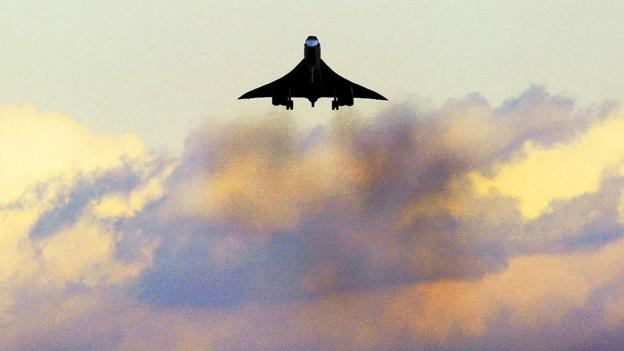 Teaming up with their French rivals, British engineers designed one of the most astonishing aircraft yet to fly, a machine marrying mechanical sorcery with ravishing looks. A much-hyped American rival from Boeing was never built, while the Soviet Tu-144 lookalike never made the grade: one of the sixteen built crashed in front of the world’s cameras at the 1973 Paris Air Show.

Meanwhile, Concorde’s maiden flight in 1969 was within weeks of that of Boeing’s 747 Jumbo jet. Although very safe – just one crashed in a flying career spanning thirty-four years – Concorde was never very profitable even in its best years, unlike the double-deck Jumbo and the airbuses that followed in its wake.

In its last years in service, Concorde’s essentially analogue technology – banks of 1950s-style dials and switches watched over by a Flight Engineer as well as a Captain and First Officer – seemed old-fashioned.

Concorde had only been operated on a regular basis by two airlines, British Airways and Air France. After one of the Air France Concordes crashed shortly after take-off from Paris Charles de Gaulle on 25th July 2000, killing all 100 passengers and nine crew, faith in this peerless and ageing aircraft began to wane. Passenger numbers fell, while maintenance costs rose. BA flew the last Concorde in passenger service on 26th November 2003 and although Sir Richard Branson made a bid for the supersonic fleet, it was not to be. This truly was the end of everyday civil supersonic flight. 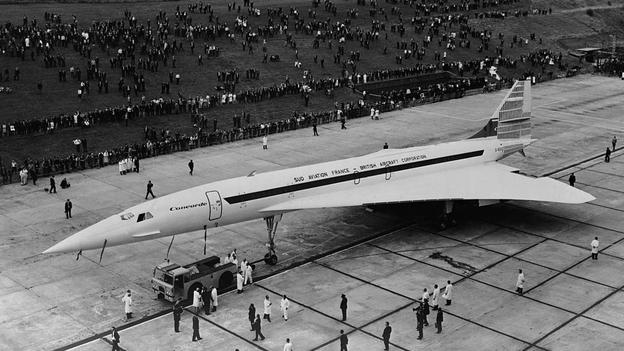 Concorde, though, was the stuff of romance in flight, a quality today’s airline executives have little time for. “The problem with aviation is that for fifty years it’s been populated by people who think it’s this wondrous sexual experience; that it’s like James Bond and wonderful and we’ll all be flying first class when really it’s just a bloody bus with wings.” So said Michael O’Leary, Ryanair’s Chief Executive Officer, in 2012. He was campaigning for “standing room only” cabins for passengers who would be charged as little as £1 for flights within Europe. “Most people just want to get from A to B. You don’t want to pay £500 for a flight.”

And, yet, for the twenty-seven years British Airways flew Concorde in daily service, there were always people - two and a half million passengers in all - willing to pay a premium to fly by one of the most sensationally beautiful aircraft of all time.

Concorde more than deserves its place in design's hall of fame: no passenger aircraft has ever been so fast, so thrilling and so sensationally beautiful, a flying machine imbued with engineering elegance and yet with the enticing visual simplicity of a perfect paper dart.
-----------------
http://www.bbc.com/culture/story/20130529-concorde-on-a-different-plane/1
Posted by pratanacoffeetalk at 9:04 AM