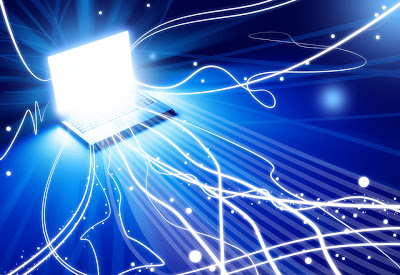 Imagine one day without your smartphone: you would probably be unable to recall your to-do list, find where you need to go, and keep up with boredom. Now remember how much you over-spent on music, travel, movies, and food 10 years ago, and how limited our knowledge of anything was before Google and Wikipedia. On the one hand, our life is now more efficient, cheaper, simpler and faster thanks to the rise of apps and 24-7 connectivity. On the other hand, that also exposes the intellectual vulnerability of our offline life — without internet access, even a 7-year old is smarter than us (so long as she has access to the web).

Life has become more complex but we hardly ever notice it because technology has made complexity simpler than ever. Psychologists explain this dichotomy in terms of two distinct aspects of human intellect, namely fluid and crystallized intelligence (after Raymond Cattell's 1940s model of IQ). Fluid intelligence refers to the ability to acquire and process information. In computers, this would be the processing speed and RAM capacity — the more you have, the faster and more effortlessly you can multi-task, and the higher the quantity and complexity of stuff you can handle. If you have ever visited Japan, then think of the Tokyo subway (there's just a lot going on, but to daily commuters that is just standard level of data to process). Evidence suggests that — in humans — fluid intelligence has been increasing for decades (what psychologists refer to as the Flynn effect). The average child from 1950 would be handicapped by today's standard IQ tests, and the average child today would be gifted by 1950s standards... but that JUST in terms of their fluid intelligence or ability to process complex information quickly and effectively...

The second aspect of intellect — crystallized IQ — refers not to our ability to gather info but what we actually know; in simple terms, crystallized intelligence means knowledge. Unsurprisingly, with all the knowledge of the world being now outsourced, crowdsourced, and cloudsourced, the individual storage of information is minimal (at least in comparison). Humans today are like most smartphones and tablets - their ability to solve problems depends not on the knowledge they can store but on their capacity to connect to a place where they can retrieve the answer to find a solution. This is what some have labelled the "hyper-link" economy... the only knowledge we need to have is the knowledge of where to find stuff. Notice that the traditional meaning of crystallized IQ referred to knowledge stored "inside our head" (this probably peaked with Leonardo, Voltaire and the encyclopaedists). Luckily, we have not yet seen research evidence that we are becoming more stupid from a crystallised IQ perspective... but one wonders whether we really need to see the research evidence.

What we can conclude with relative certainty is that the technological transformation or revolution we have experienced over the past 15 years must have clear educational implications. Consider the way kids — and older students — are assessed at school and university. They are still pretty much asked to memorise and repeat stuff. But that learning model is in conflict with the way we learn, think, and solve problems today. If the most important form of knowledge today is knowing where to find knowledge (and how to assess it), then schools and universities should teach and assess just that. It is hard to estimate what percentage of exams are internet-based, but the figure is surely a tiny fraction vis-a-vis the proportion of (real-life and formal) problems that are solved by accessing the web.

As for the way we define intelligence, it may be time to consider people's willingness to solve complex problems as a key ingredient of IQ. Consider the following: technology will continue to evolve and the gap between what can be solved with and without it will only increase. That is, we will become more and more dependent of technology and the only intellectual disadvantage will be the inability (or unwillingness) to learn to use it. One could also imagine that this IT-overload may prove too much for some — Daniel Goleman's next book, Focus, will apparently discuss the benefits of being offline... but that is just utopian. In short, people who are able to keep up with technology will outsmart those who don't (even more than they do now). Therefore, educators, parents and employers should try to foster an appetite for complexity, a curious and hungry mind, especially when it comes to paying attention to technological advances.

Dr Tomas Chamorro-Premuzic is an international authority in psychological profiling, consumer analytics, and talent management. He is Professor of Business Psychology at University College London (UCL), Vice President of Research and Innovation at Hogan Assessment Systems, and has previously taught at New York University and the London School of Economics. Dr Tomas has published 7 books and over 100 scientific papers (h index = 31), making him one of the most prolific social scientists of his generation. His work has received awards by the American Psychological Association and the International Society for the Study of Individual Differences, to which he is director. Dr Tomas is also the founder of UCL’s Industrial-Organisational and Business Psychology programme, and an Associate to Harvard’s Entrepreneurial Finance Lab. Over the past 15 years, he has advised a wide range of clients in the financial services (JP Morgan, HSBC, Prudential), advertising (Havas, Fallon, BBH), media (Yahoo!, MTV, Endemol), consumer goods (Unilever, Reckitt Benckiser, Dunnhumby), fashion (LVMH, Net-a-Porter) and government (British Army, Royal Mail, National Health Service) sectors. Dr Tomas’ media career comprises over 70 TV appearances, including the BBC and CNN, and regular articles in Harvard Business Review. Dr Tomas is a keynote speaker for the Institute of Economic Affairs and the co-founder of metaprofiling.com, a digital start-up that enables organisations to identify individuals with entrepreneurial talent. He lives in both London and New York.
-------------------
http://www.psychologytoday.com/blog/mr-personality/201305/is-technology-making-us-stupid-and-smarter
http://www.horizononline.org/wp-content/uploads/2012/05/INTERNET-AFRICA-2.jpg
Posted by pratanacoffeetalk at 8:53 AM