SOME THINK THAT CHER DIES 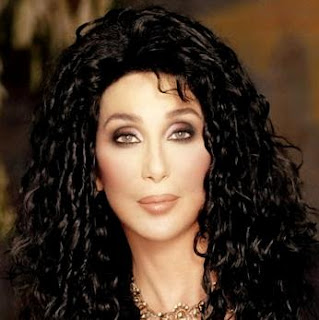 Twitter is notorious for killing off the living, sometimes thanks to a hoax and sometimes, as was the case on Monday, through an unfortunate hashtag.

#Nowthatchersdead popped up on Twitter following the news that Britain’s first female prime minister, Margaret Thatcher, died at 87. But thanks to its lack of capitalization, some fans of the singer Cher read it as Now That Cher’s Dead and started panicking:

And in came the obligatory RIPs:
“Oh dear. #nowthatchersdead is trending. First Margret Thatcher and now Cher. It’s been one crazy day. #RIP”

“RIP Cher, I only wish we could turn back time…”

“RIP Cher. At least now we’ll find out about life after love. #nowthatchersdead”

Thankfully, there were Twitter users like Ricky Gervais who were able to help out those awaiting news of Cher’s memorial service:

“Some people are in a frenzy over the hashtag #nowthatchersdead. It’s “Now Thatcher’s dead”. Not, “Now that Cher’s dead” JustSayin’ “

This isn’t the first time such a mix-up has happened, and it probably won’t be the last. Back in 2011, some Twitter users thought the news of Kim Jong Il’s death was referring to the rapper Lil Kim.

Posted by pratanacoffeetalk at 6:45 AM