THE BEST ADVERTISING IS SINCERE 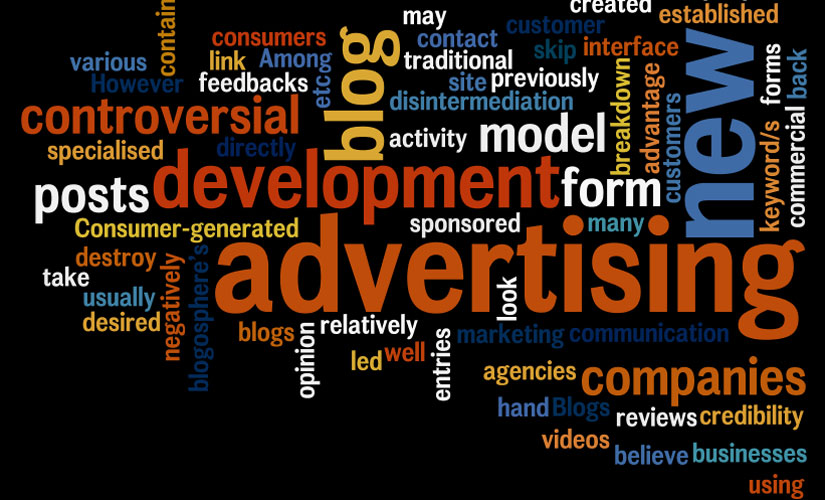 In the throes of apprehending the future of advertising, much has been, and will be, said about new channels, emergent technologies, innovative measurement protocols, morphing agency roles and the like; much less, probably, about how we actually create marketing that works, that's worth consuming, and that's worth running in any channel. Under the klieg lights of The New, we risk losing sight of what makes all of it possible — an old-fashioned virtue that's equally at home in social, mobile, and digital, and also in ad agency conference rooms everywhere, despite what the stereotypes might suggest. I'm talking about sincerity.


Each June, the agency where I've worked for almost a decade, Ogilvy & Mather, hosts a visiting professor for a kind of reverse internship, throwing a seasoned academic into the mix of our NYC flagship office, teeming with 1400+ bloodthirsty marketers. Or at least I think that's what the professors expect, because when the two-week "internship" is over, they often say to me something like: "I always thought advertisers were master manipulators / slick bamboozlers / out-and-out liars, but what struck me most in my time here was how earnestly everyone was trying to understand and help consumers." They're nice about it, but that's the idea.
And they've captured a classic outsider's truth about advertising, something that we rarely appreciate about our business because it is so deeply part of the background: that most of it is conducted with utter sincerity.
Really, you say? What about the cheeky work for Axe, or Summer's Eve's "Cat on a Mission" blog, or any recent Superbowl spot? Yes, of course, but let's be clear: I make no claims about the tone or the 'irony index' of the work produced; I'm talking about the people and the process that produce it. After all, the earnest pursuit of consumer insights can lead you to shoot a snarky YouTube video if that happens to suit the entertainment profile of the target you want to reach, but you will have got there honestly.
Given that sincerity itself isn't usually very funny, dramatic, innovative, saucy, scene-stealing, or luxurious, it is rarely chosen as the animating spirit of our end-product. But it is totally embedded — indeed, institutionalized — in the process of making advertising. And there's a very good reason for that: without a sincere curiosity about and empathy for the people we hope to reach, we stand no chance of developing a compelling conversation with them. Indeed I would argue that sincerity drives the success of the best and most successful marketing, no matter what the execution may turn out to be.
Let me share a few examples. As Ogilvy's lead for ethnographic research, I head a small team that makes documentary videos about the lives, habits, values and affinities of various groups that our clients hope to reach. In this role I have the rare opportunity to parachute into an incredible range of micro-worlds, both within the US and globally. They are invariably FASCINATING, and so we take bets on when this seemingly endless stream of human interest will run dry — anticipating a day that must come, when one of these projects turns out to be boring. Not too long ago we thought we'd finally arrived: an ethnography of suburban lawn-care. Had to be deadly, right?
Nope. First, lawn-care is generally provided by small-business owners, who are, as a rule, not like anyone else (or one another). Second, it involves a range of chemistry products, from fertilizers to weed control, that purveyors and their residential customers are BOTH afraid of. The staking of the lawn sign is a moment of truth as potent as any in retail: what have you put on my lawn and why can't my kids play on it? And for the purveyor: Do I really want to store this stuff in my garage? The capper for us was the trade concept of "junkie lawns" — owned by people so bent on a well-manicured look that they require steroid-like fertilizers followed by slash-and-burn herbicides. And naturally these are the same customers who ask about "greener" solutions when the lawn signs go up...What's a poor business owner to do? These are the existential questions.
Or take the neighborhood UPS Store in NJ that routinely ships custom fresh sandwiches across the country in time for lunch, with fees approaching $80 (for shipping alone; sandwiches are billed separately). Who ships a sandwich from a different time-zone? How are the sandwiches? While we never quite got to the bottom of that first question, we did (1) confirm that the sandwiches are excellent, and (2) get to observe the complex web of mutual accommodation — including custom packaging, billing, systems integration, and tracking — that had developed like a vast and ornate coral reef between the sandwich shop and the shipping store, giving new meaning to the word Logistics.
Or the exploration of evolving consumer attitudes toward all things Green that we filmed recently. Alongside the well-documented gap between people's green values and their actual behavior, we began to see a shadow-gap along gender lines — an apparent discomfort among men, even those who, by temperament, age, or social context, were best positioned to embrace green. And then it hit us, as we watched a young man in SF rifle diffidently through his cloth shopping bags: the iconic symbol of green — the canvas tote — is essentially a purse. How many men will want to advertise greenness if it means carrying a purse? In this respect, Green is in danger of becoming the new pink, and we owe it to the planet and to green brands everywhere to give the movement an equal opportunity badge.
I share these stories for two reasons. First, because you can't make this stuff up, thus demonstrating how much more fun it is to discover truths (sincerely) than to invent them (however cunningly). And second, because the trumpeting of all that's new and shiny in our business mustn't drown out the fundamentals guiding the best work in any medium: what we might call experience-near insights, gathered by market researchers in earnest pursuit of the truth about what people are feeling, experiencing, and creating out in the world today.
If we get that right, we've got the best — maybe the only — shot at developing communications that will actually matter to client brands and the people who love them.
--------------
http://blogs.hbr.org/cs/2013/03/the_best_advertising_is_sincere.html

Posted by pratanacoffeetalk at 8:23 AM