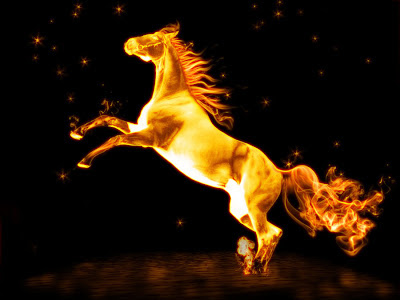 Prime Minister WÁNG Yǔn 王允 had three daughters, and had married off the first and second to SŪ Lóng 苏龙 and WÈI Hǔ 魏虎, men who became very successful. However his third daughter WÁNG Bǎochuàn 王宝钏, as wayward and unpredictable as she was pretty, wanted to select her own husband, and she was tickled by the idea of doing so by throwing an embroidered ball from a tower.

Her indulgent father gave his consent, but on the appointed day she tossed the ball not to the noble suitors assembled beneath the tower, none of whom pleased her, but to a handsome beggar standing in the corner of the courtyard, a man named XUĒ Píngguì 薛平贵.

Prime Minister Wáng demanded that his daughter renounce her decision and make a more respectable marriage, worthy of his status as prime minister. But the stubborn Bǎochuàn refused. So he disowned her.

Bǎo chuàn and her handsome beggar husband Xuē moved into a chilly nearby cave and lived a life of misery and poverty.

One day Xuē reported that he had procured a spirited horse with a red mane and had presented it to higher officials, for which he had received a military office, and he was now to lead imperial troops to the land of Xīliáng 西凉. After he left, the impoverished Bǎochuàn was reduced to gathering wild plants as food, but was too proud to return to the house of her father and beg help.

For his part, Xuē's soldiers lost in battle, and Xuē himself was taken prisoner. While in captivity, his handsome face caught the fancy of the princess of Xīliáng, who forced him to marry her. Over the next eighteen years, Bǎochuàn continued to live in misery, while her handsome beggar husband Xuē, who imagined she must have returned to her father, gradually rose in favor in the Xīliáng court and eventually became king.

Reading the letter, Xuē was overcome with remorse, and rushed back to Bǎochuàn's cave. But he still wanted to know whether she really loved him or merely sought his economic support.

Arriving at her shelter, he pretended to be a wealthy "friend of Xuē" and said that Xuē, struck down in a rebellion, had transferred possession of Bǎochuàn to him. Bǎochuàn reviled him, thus revealing that she truly loved Xuē and truly wanted him back, and not a wealthy substitute. Xuē then revealed himself.

Thus, although she had suffered misery for eighteen years, Bǎochuàn at last had a happy and comfortable life.

Posted by pratanacoffeetalk at 9:21 AM