NEW POPE? I'VE GIVEN UP HOPE 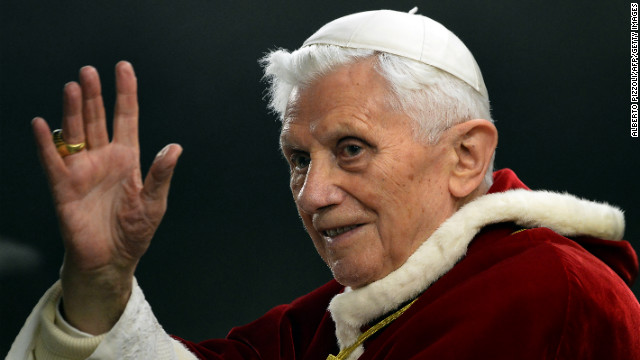 THERE is a poignant air, almost wistful, to electing a pope in the modern world. In a time of discredited monarchies, can this monarchy survive and be relevant? There is nostalgia for the assurances of the past, quaint in their charm, but trepidation over their survivability. In monarchies, change is supposed to come from the top, if it is to come at all. So people who want to alter things in Catholic life are told to wait for a new pope. Only he has the authority to make the changeless church change, but it is his authority that stands in the way of change.

Of course, the pope is no longer a worldly monarch. For centuries he was such a ruler, with all the resources of a medieval or Renaissance prince — realms, armies, prisons, spies, torturers. But in the 19th century, when his worldly territories were wrested away by Italy, Pope Pius IX lunged toward a compensatory moral monarchy.

In 1870, he elicited — from a Vatican council he called and controlled — the first formal declaration that a pope is infallible. From that point on, even when he was not making technically infallible statements, the pope was thought to be dealing in eternal truths. A gift for eternal truths is as dangerous as the gift of Midas’s touch. The pope cannot undo the eternal truths he has proclaimed.

When Pope Paul VI’s commission of learned and loyal Catholics, lay and clerical, reconsidered the “natural law” teaching against birth control, and concluded that it could not, using natural reason, find any grounds for it, Cardinal Alfredo Ottaviani, the secretary of the Holy Office, told Paul that people had for years, on papal warrant, believed that using a contraceptive was a mortal sin, for which they would go to hell if they died unrepentant. On the other hand, those who followed “church teaching” were obliged to have many children unless they abstained from sex. How could Paul VI say that Pius XI, in his 1930 encyclical Casti Connubii, had misled the people in such a serious way? If he admitted it, what would happen to his own authority as moral arbiter in matters of heaven and hell? So Paul VI doubled down, adding another encyclical in 1968, Humanae Vitae, to the unrenounceable eternal truths that pile up around a moral monarch.

In our day, most Catholics in America have reached the same conclusion that Paul VI’s commission did. But successive popes have stuck by Pius and Paul and have appointed bishops who demonstrate loyalty on this matter. That is why some American bishops in the recent presidential election said that President Obama was destroying “religious liberty” if his health plan insured funds for contraception. Nonetheless, more Catholics voted for Mr. Obama than didn’t. In a normal government, this disconnect between rulers and ruled would be negotiated. But eternal truths are nonnegotiable.

Wistful Catholics hope that on this and other matters of disagreement between the church as People of God and the ruling powers in the church, a new pope can remedy that discord. But a new pope will be elected by cardinals who were elevated to office by the very popes who reaffirmed “eternal truths” like the teaching on contraception. They were appointed for their loyalty, as were the American bishops who stubbornly upheld the contraception nonsense in our elections.

Will the new conclave vote for a man who goes against the teachings of his predecessors? Even if they do, can the man chosen buck the structure through which he rose without kicking the structure down? These considerations have given the election of new popes the air of watching Charlie Brown keep trying to kick the football, hoping that Lucy will cooperate.

As this election approaches, some hope that the shortage of priests, and their damaged reputation and morale, can be remedied by adding married priests, or women priests, or gay priests. But that misses the point. Whatever their sexual status, they will still be priests. They will not be chosen by their congregations (as was the practice in the early church). They will be appointed from above, by bishops approved for their loyalty to Rome, which will police their doctrinal views as it has with priests heretofore. The power structure will not be changed by giving it new faces. Monarchies die hard.

In 1859, John Henry Newman published an article that led to his denunciation in Rome as “the most dangerous man in England.” It was called “On Consulting the Faithful in Matters of Doctrine” and it showed that in history the laity had been more true to the Gospel than the hierarchy. That was an unacceptable position to Rome. It still is. Pope Benedict XVI, when he was still Cardinal Joseph Ratzinger, was asked if it did not disturb him that Catholics disagreed with the rulings of Rome. He said no — that dogma is not formed by majority rule. But that is precisely how it was formed in the great councils like that at Nicaea, where bishops voted to declare dogmas on the Trinity and the Incarnation. There was no pope involved in those councils. Yet they defined the most important truths of the faith.

Jesus, we are reminded, said to Peter, “You are Peter, and upon this rock I will build my church.” But Peter was addressed as a faithful disciple, not as a priest or a pope. There were no priests in Peter’s time, and no popes. Paul never called himself or any of his co-workers priests. He did not offer sacrifice. Those ideas came in later, through weird arguments contained in the anonymous Epistle to the Hebrews. The claim of priests and popes to be the sole conduits of grace is a remnant of the era of papal monarchy. We are watching that era fade. But some refuse to recognize its senescence. Such people will run peppily up, like Charlie Brown, to the coming of a new pope. But Lucy, as usual, still holds the football.

Posted by pratanacoffeetalk at 4:20 PM