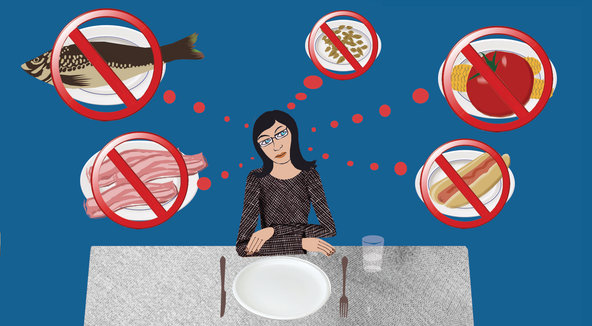 Let’s start the new year on scientifically sound footing by addressing some nutritional falsehoods that circulate widely in cyberspace, locker rooms, supermarkets and health food stores. As a result, millions of people are squandering hard-earned dollars on questionable, even hazardous foods and supplements.

For starters, when did “chemical” become a dirty word? That’s a question raised by one of Canada’s brightest scientific minds: Joe Schwarcz, director of the Office for Science and Society at McGill University in Montreal. Dr. Schwarcz, who has received high honors from Canadian and American scientific societies, is the author of several best-selling books that attempt to set the record straight on a host of issues that commonly concern health-conscious people.

I’ve read two of his books, “Science, Sense and Nonsense” (published in 2009) and “The Right Chemistry” (2012), and recently attended a symposium on the science of food that Dr. Schwarcz organized at McGill.

What follows are tips from his books and the symposium that can help you make wiser choices about what does, and does not, pass your lips in 2013.

CURED MEATS Many health-conscious people avoid cured meats like hot dogs and bacon because the nitrites with which they are preserved can react with naturally occurring amines to form nitrosamines. Nitrosamines have produced mutations in cells cultured in the laboratory and cancer in animals treated with very high doses.

As an alternative, sandwich lovers often buy organic versions of processed meats or products without added nitrites. Without preservatives, these foods may not be protected from bacterial contamination. And despite their labels, they may contain nitrites. According to Dr. Schwarcz, organic processed meats labeled “uncured” may be preserved with highly concentrated, nitrate-rich celery juice treated with a bacterial culture that produces nitrites.

If you’re really concerned about your health, you’d be wise to steer clear of processed meats — organic, nitrite-free or otherwise. High saturated fat and salt content place them low on the nutritional totem pole.

MEAT GLUE Never heard of it? You may have eaten it, especially if you dine out often. At WD-50 in New York, the chef, Wylie Dufresne, makes his famous shrimp noodles with the enzyme transglutaminase, a k a meat glue. It binds protein molecules, gluing together small pieces of fish, meat or poultry.

The Japanese use meat glue to create artificial crab meat from pollock. Others use it to combine lamb and scallops, or to make sausages that hold together without casings.

Sound frightening? It shouldn’t. The enzyme is classified by the Food and Drug Administration as “generally recognized as safe,” and there is no reason to think otherwise. Our bodies produce it to help blood clot, Dr. Schwarcz points out. When consumed, it breaks down like any protein into its component amino acids in our digestive tracts.

There is, however, one possible indirect hazard: If glued-together animal protein is not thoroughly cooked, dangerous bacteria that originally contaminated the meat could remain viable within the fused product.

TRANS FATS The removal of heart-damaging trans fats from processed foods is a much-ballyhooed boon to health. But “not all trans fats are fiends,” Dr. Schwarcz notes. Certain ones can legally, and healthfully, be added to dairy products, meal-replacement bars, soy milk and fruit juice.

The word “trans” refers to the arrangement of hydrogen and carbon atoms in a fatty acid. The trans formation linked to heart disease is formed when vegetable oils are hardened to prolong shelf life in a manufacturing process called hydrogenation. Natural trans fats, like those in meat and dairy products, take a slightly different form, resulting in an entirely different effect on health.

ORGANIC OR NOT? Wherever I shop for food these days, I find an ever-widening array of food products labeled “organic” and “natural.” But are consumers getting the health benefits they pay a premium for?

Until the 20th century, Dr. Schwarcz wrote, all farming was “organic,” with manure and compost used as fertilizer and “natural” compounds of arsenic, mercury and lead used as pesticides.

Also questionable is whether organic foods, which are certainly kinder to the environment, are more nutritious. Though some may contain slightly higher levels of essential micronutrients, like vitamin C, the difference between them and conventionally grown crops may depend more on where they are produced than how.

A further concern: Organic producers disavow genetic modification, which can be used to improve a crop’s nutritional content, enhance resistance to pests and diminish its need for water. A genetically modified tomato developed at the University of Exeter, for example, contains nearly 80 times the antioxidants of conventional tomatoes. Healthier, yes — but it can’t be called organic.

FARMED SALMON Most of the salmon consumed nowadays is farmed. Even if we all could afford the wild variety, there’s simply not enough of it to satisfy the current demand for this heart-healthy fish.

There may be legitimate concerns about possible pollutants in farmed salmon, but one concern that is a nonissue involves that “salmon” color, produced by adding astaxanthin to fish feed. This commercially made pigment is an antioxidant found naturally in algae, and it is carried up the food chain to give wild salmon its color, too.

NUTS Growing up, I was often warned to avoid nuts because they’re “fattening.” Now I know better. Research has shown that people who regularly eat nuts and nut butters in normal amounts weigh less, on average, than nut avoiders.

The fat in nuts is unsaturated and heart-healthy. Nuts are also good sources of protein, antioxidants, vitamins, minerals and fiber, and can help keep between-meal hunger at bay. The same is true of avocados — just don’t go overboard.