WHY YOU WON'T BE THE PERSON YOU EXPECT TO BE 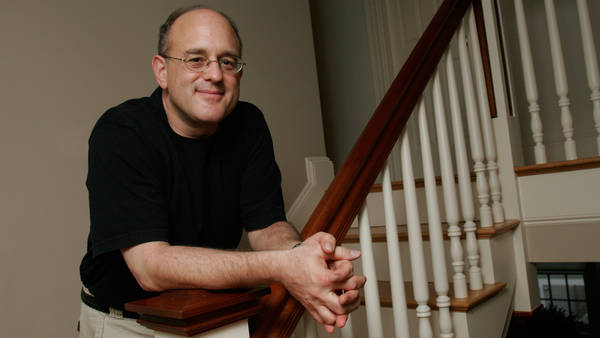 When we remember our past selves, they seem quite different. We know how much our personalities and tastes have changed over the years. But when we look ahead, somehow we expect ourselves to stay the same, a team of psychologists said Thursday, describing research they conducted of people’s self-perceptions.

They called this phenomenon the “end of history illusion,” in which people tend to “underestimate how much they will change in the future.” According to their research, which involved more than 19,000 people ages 18 to 68, the illusion persists from teenage years into retirement.

“Middle-aged people — like me — often look back on our teenage selves with some mixture of amusement and chagrin,” said one of the authors, Daniel T. Gilbert, a psychologist at Harvard. “What we never seem to realize is that our future selves will look back and think the very same thing about us. At every age we think we’re having the last laugh, and at every age we’re wrong.”

Other psychologists said they were intrigued by the findings, published Thursday in the journal Science, and were impressed with the amount of supporting evidence. Participants were asked about their personality traits and preferences — their favorite foods, vacations, hobbies and bands — in years past and present, and then asked to make predictions for the future. Not surprisingly, the younger people in the study reported more change in the previous decade than did the older respondents.

But when asked to predict what their personalities and tastes would be like in 10 years, people of all ages consistently played down the potential changes ahead.

And the discrepancy did not seem to be because of faulty memories, because the personality changes recalled by people jibed quite well with independent research charting how personality traits shift with age. People seemed to be much better at recalling their former selves than at imagining how much they would change in the future.

Dr. Gilbert and his collaborators, Jordi Quoidbach of Harvard and Timothy D. Wilson of the University of Virginia, had a few theories, starting with the well-documented tendency of people to overestimate their own wonderfulness.

“Believing that we just reached the peak of our personal evolution makes us feel good,” Dr. Quoidbach said. “The ‘I wish that I knew then what I know now’ experience might give us a sense of satisfaction and meaning, whereas realizing how transient our preferences and values are might lead us to doubt every decision and generate anxiety.”

Or maybe the explanation has more to do with mental energy: predicting the future requires more work than simply recalling the past. “People may confuse the difficulty of imagining personal change with the unlikelihood of change itself,” the authors wrote in Science.

The phenomenon does have its downsides, the authors said. For instance, people make decisions in their youth — about getting a tattoo, say, or a choice of spouse — that they sometimes come to regret.

And that illusion of stability could lead to dubious financial expectations, as the researchers showed in an experiment asking people how much they would pay to see their favorite bands.

When asked about their favorite band from a decade ago, respondents were typically willing to shell out $80 to attend a concert of the band today. But when they were asked about their current favorite band and how much they would be willing to spend to see the band’s concert in 10 years, the price went up to $129. Even though they realized that favorites from a decade ago like Creed or the Dixie Chicks have lost some of their luster, they apparently expect Coldplay and Rihanna to blaze on forever.

“The end-of-history effect may represent a failure in personal imagination,” said Dan P. McAdams, a psychologist at Northwestern who has done separate research into the stories people construct about their past and future lives. He has often heard people tell complex, dynamic stories about the past but then make vague, prosaic projections of a future in which things stay pretty much the same.

Dr. McAdams was reminded of a conversation with his 4-year-old daughter during the craze for Teenage Mutant Ninja Turtles in the 1980s. When he told her they might not be her favorite thing one day, she refused to acknowledge the possibility. But later, in her 20s, she confessed to him that some part of her 4-year-old mind had realized he might be right.

“She resisted the idea of change, as it dawned on her at age 4, because she could not imagine what else she would ever substitute for the Turtles,” Dr. McAdams said. “She had a sneaking suspicion that she would change, but she couldn’t quite imagine how, so she stood with her assertion of continuity. Maybe something like this goes on with all of us.”

Posted by pratanacoffeetalk at 8:37 AM